On the Justice of Roosting Chickens: Reflections on the Consequences of U.S. Imperial Arrogance and Criminality

With the massive evidence compiled by the 9-11 Truth movement over the last two decades,* the book’s original premise has ceased to be relevant in 2020. Long time American Indian activist Ward Churchill took the title of this book from his infamous 2001 essay “On the Justice of Roosting Chickens.”  In the latter (and in Chapter 1), Churchill argues that the 9-11 attacks were a natural and unavoidable consequence of unlawful US foreign policy. The essay would lead to his dismissal from the University of Colorado-Boulder in 2017.

By the time this book was published in 2003, both Thierry Meyssan (The Big Lie) and Nafeez Ahmed (The War on Truth) had published books questioning the official version of 9-11. As of February 2002, there was also a thriving 9-11 Unanswered Questions movement, which would be the precursor to 9-11. I’m a little surprised Churchill would have no knowledge of activists who were already challenging the official story in 2003.

That being said, the book’s second and third chapters are invaluable. Chapter 2 compiles all US military actions from 1776 on. Chapter three documents all known US violations of international law dating from the 1945 founding of the United Nations.

After 1947, this list includes the use of CIA interventions to overthrow lawful governments:

Chapter 3 is a chronological history of UN Security Council and General Assembly resolutions condemning the US. It includes censures  for using napalm and Agent Orange in Vietnam, for using torture and the death penalty in US prisons, for their refusal to support the UN declaration for the elimination of racism, for their illegal blockade against Cuba, and for their illegal invasions of Angola, Panama and Nicaragua.

Here Churchill also covers Clinton’s illegal war against Yugoslavia, debunking most of the pro-war propaganda about alleged Serbian genocides. And finally the illegal 1972 CIA coup against democratically elected Australian prime minister Gough Whitlam (after he withdrew Australian troops from Vietnam). I was unaware prior to reading this book that John Kerr,** the Australian governor general responsible for removing Whitlam from office was a long time CIA asset.

**In Australia and New Zealand, the Governor General is appointed by the British monarch and technically has the authority to overrule Parliament. See https://www.theguardian.com/commentisfree/2014/oct/23/gough-whitlam-1975-coup-ended-australian-independence 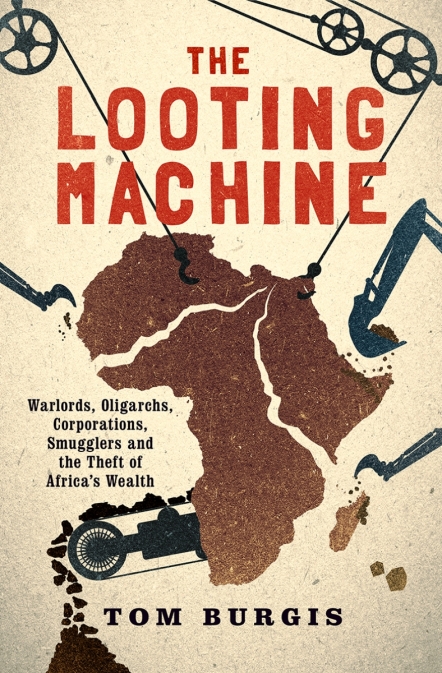 The Looting Machine: Warlords, Smugglers and the Systematic Theft of Africa’s Wealth

This book centers around something global economists refer to as the “Dutch curse.” In 1959, the discovery of oil in the Netherlands led to massive unemployment outside the oil industry. A big increase in dollars generated by oil exports caused major inflation in the local currency. This made imports cheaper than locally produced goods, shutting down hundreds of Dutch businesses and putting thousands out of work.

It’s typical of mineral and oil/gas mining everywhere (including here in New Plymouth) that these industries require vast capital investment but employ only small numbers of workers. According to Burgis, it was the “Dutch curse” that resulted in Russian’s oil-fueled criminal oligarchy prior to the rise of Putin. As the continent richest in natural resources, Africa, which has been ruthlessly exploited by multinational corporations, has a severe case of the “Dutch curse.”

Although multinationals pay far less than market value for oil, gas and precious minerals, they pay corrupt puppet dictators enough that they don’t need to tax their citizens. Burgis maintains this absence of taxation results in a lack of accountability to their citizenry. Instead of holding leaders to account for their failure to provide basic infrastructure, citizens of “resource states” are far more likely to angle for their share of the loot. Retaining power becomes a simple matter of maintain elaborate patronage (payoff) systems and harsh military/security networks.

Burgis also refutes the myth that Africa’s multiple civil wars stem from tribal and religious conflict. Most African wars are pure resource wars (often triggered by CIA and French and British intelligence), with the conflict used as a cover for resource smuggling and even lower net cost to multinationals.

The US government has attempted to crack down on its own corporations via stricter enforcement (since 2000) of the 1977 Foreign Corrupt Practices Act and a section of the 2010 Dodd Frank Act that prohibits the the purchase of Coltan* from armed rebel groups. The new law, which has done little to reduce Coltan smuggling, has opened the door to a Chinese monopoly on the Coltan market.

The Looting Machine presents a detailed country by country analysis, as well as an examination of the Chinese company responsible for most private investment in Africa (there’s less publicly available information about investment by state-owned Chinese companies). Both engage in far more infrastructure development than Western agents do.

*Coltan is a rare precious metal in high demand for cellphones and laptops.

The Shadow War in the Sahara

The Shadow War in the Sahara is a thumbnail history of the US military occupation of Africa. The documentary begins with the 1885 Berlin Conference, at which the major European powers divided up all of Saharan Africa to better exploit its rich resources of gas, oil, copper, uranium, coltan and other rare earth minerals.

France initially came out the winner, controlling three-fourths of Saharan Africa until World War II. Even after all their Saharan colonies won independence (1945-62), France continued to maintain a military presence, as well economic dominance over most of its former colonies.

With the discovery of oil in the Gulf of Guinea in the sixties, this began to change – with the covert US support of armed rebellions in Ethiopia and Angola and its failed invasion of Somalia. Over time, most French troops have been replaced by US troops. While this was done in the name of “fighting terrorism,” the real US agenda has always been to secure oil and mineral resources in the face of Chinese domination over African oil.

Instead of employing military force and direct political intervention via the International Monetary Fund and their “structural adjustment”* policies, China has gained a major foothold in Africa in offering debt-free development loans and a policy of non-interference in domestic policy.

The US is the only major power to divide up the entire world into military command and control regions: USNorthcom (North America), USSouthcom (South America), USEUCom (Europe), USCentcom (Middle East and Central Asia), USPACom (Pacific region and Australia) and USAfricom.

Former Libyan ruler Omar Gaddafi successfully blocked the US from locating the USAfricom headquarters in Africa – so the US built it in Germany instead.

Prior to his assassination by US-backed rebels, Gadaffi was a powerful advocate for African unity. His primary goal in founding and bankrolling (from his massive oil revenues) the African Development Bank and an African Monetary Fund was to assist other African countries to resist western colonialism.

In 2009, he was elected chairman of the African Union, and in 2011 he cancelled major contracts with the powerful (US) Bechtel corporation and with France (for millions of dollars of military hardware). The punishment inflicted by the US and France was swift – a NATO bombing campaign in support of CIA-backed rebels charged with overthrowing his government.

*Structural adjustment describes a process by which the US-controlled IMF forces countries to privatize public utilities, cut public services and open third world economies to western investment as a condition of debt refinancing.