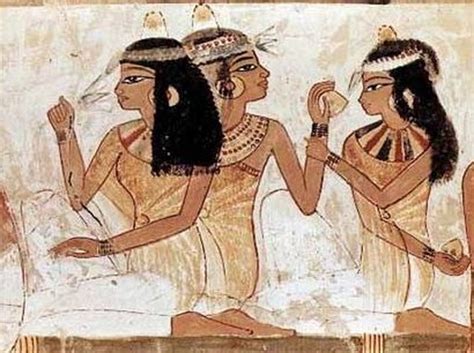 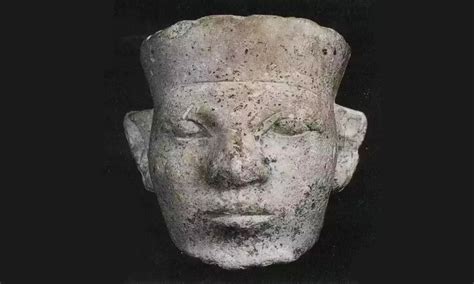 Benjamin briefly covers the founding of Egypt’s First Dynasty by Narmer (aka Menes), around 3000 BC when he unified Upper and Lower Egypt founded Memphis, the first Egyptian city. The period 3100-2600 BC was characterized by continual conflict with its southern neighbor Nubia. After Egypt gained control of upper Nubia, Nubian males formed a large proportion of the Egyptian army and intermarried with Egyptian women.

The massive pyramids on the Giza Plateau were built during the Fourth Dynasty (2613 -2494 BC) as tombs for their pharaohs. Pyramid building declined during the Sixth Dynasty (2345-2181 BC) owing (Benjamin believes), perhaps due to climactic changes that reduced food production* and the onset of civil war.

The Egyptian empire reached its zenith during the New Kingdom (the 18th, 19th and 20th dynasties 1515-1150 BC). During this period, Egypt’s pharaohs ruled over a population of four million people and a territory comprising modern day Syria and Palestine.

By the 14th century BC, the Egyptian pharaohs had adopted bureaucratic templates devised by the Sumerian kings Sargon (founder of Akkhadian Empire in the 24th century BC) and Hammurabi (who brought nearly all of Sumer under Babylonian rule in the 18th century BC). Egypt’s rich agricultural system, based on the Nile and a complex system of irrigation canals, also played a big role in the stability of the Egyptian empire.

Benjamin focuses special attention on the reign of the boy pharaoh Tutankhamun (aka King Tut), whose tomb was discovered in 1922. Ascending the throne at age nine in 1332 BC, he and his advisers reunified Egypt by restoring the sun god Amon as the supreme god. This allowed Egypt to successfully wage war against the Nubians and assimilate their territory.

Genetic testing reveals that King Tut’s parents were brother and sister. He was born with a number of birth defects, including cleft palate, scoliosis and club foot. He died, with no heirs, at age 19, the last ruler of the 18th dynasty.

Under Ramesses II (1279 – 1213 BCE, Egypt had a brief respite from continual war after he negotiated a peace treaty with Hittites who controlled Mesopotamia to the north. Following his death, Egypt was invaded and occupied first by Libya, then by the Nubian rulers of Kush, and finally by the Assyrians who ruled Mesopotamia.

The Assyrians continued to rule Egypt until the 26th Dynasty (663-525 BC) finally expelled them.

In 525 BC, Egypt was conquered by the Persians and in 332 BC by Alexander the Great. It would continue to be ruled by foreign powers (the Roman, Ottoman and British Empire) for 2,000 years.

*It’s estimated that construction of a single pyramid required 84,000 workers to work 80 hours a year for 20 years. Archeological evidence suggests they weren’t slaves (as is commonly believed) but received wages for their labor.