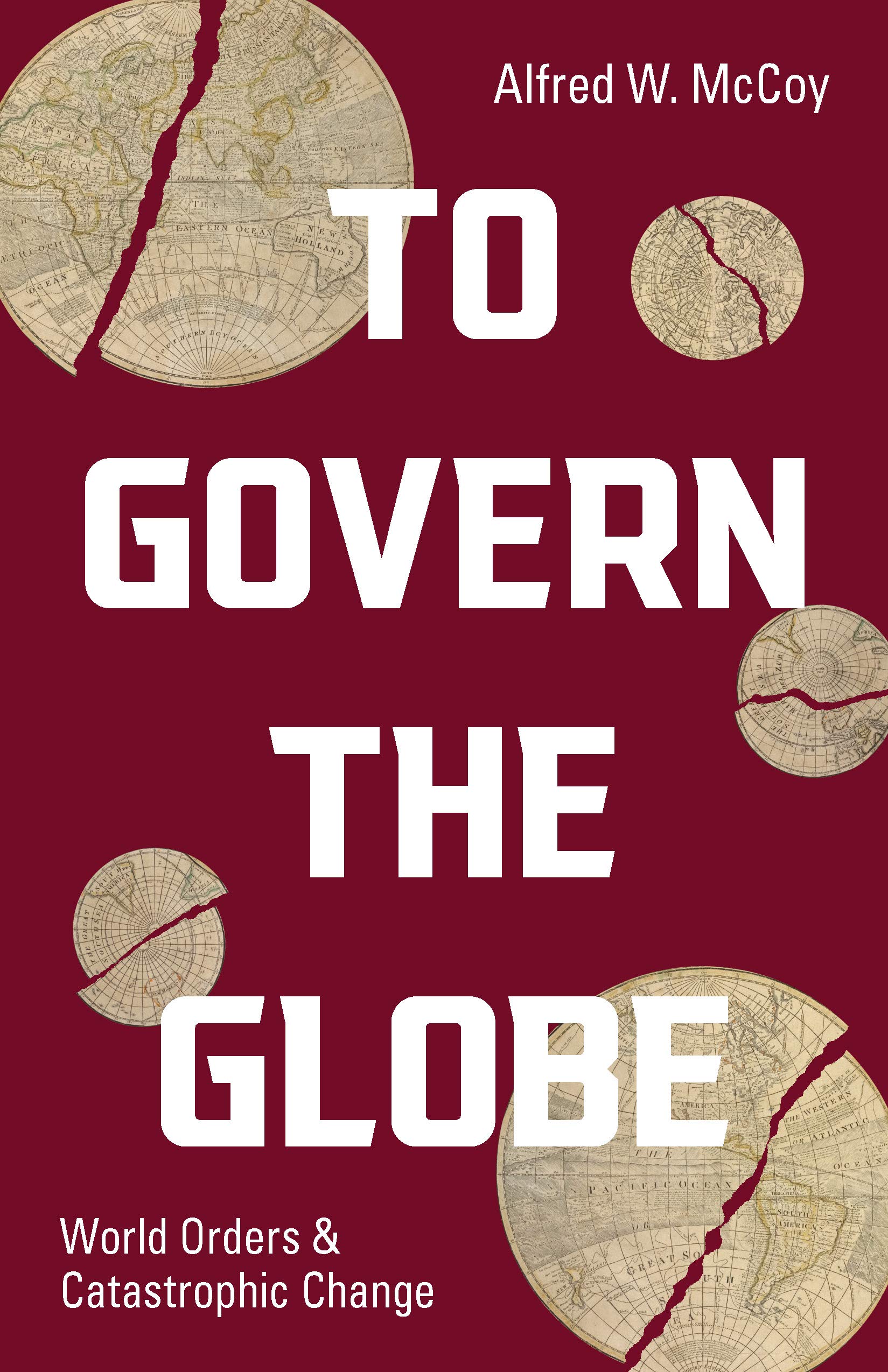 To Govern the Globe: World Orders and Catastrophic Change

This book concerns the concept of “world orders,” which McCoy describes as over-arching global control by a single empire. He asserts there have been three world orders in the last 500 years.

The first was the Iberian world order, lasting from 1494 (with the creation of the first New World colonies) until 1815. The British world order (arising from the catastrophic Napoleonic wars and the replacement of slavery with fossil fuels) lasted from 1815 until 1945. The Washington world order (arising from the collapse of European economies after World War II) began in 1945. McCoy’s describes America’s world order as maintaining a strong official stance on human rights, while simultaneously using the CIA to overthrow multiple democratically elected governments. McCoy predicts America’s world order will end in 2030.

He provides a detailed historical account of the events leading up to each of these world orders. For example, he explains how the Age of Exploration was precipitated by the Black death and the loss of 60% of European and Chinese populations. This severe labor shortage meant serfs became free wage laborers, making European desperate for new sources of labor to exploit.

The book also examines the scholarly theoretical basis for forming and maintaining a new world order. Britain was very much influenced by naval historian Captain Alfred Thayer Mahal, writing in the 1890s that creating a world order required a powerful Navy and “an empire of islands” for naval bases. Mahal’s writings also influenced US strategy in their imperialist adventures following the Spanish-American War, German strategy in World War I and Japanese strategy in World War II.

In 1904, the opening of the Transiberian Railroad inspired Sir Halford MacKinder to propose an alternative strategy for world domination: namely gaining control of the “World Island,” aka the Eurasian land mass. Zbigniew Brzezinski slavishly followed MacKinder’s approach in pressuring President Carter’s to launch a massive covert CIA operation in Afghanistan in the late seventies.

I learned a great detail about European history from this book that I never learned in school. I was intrigued to learn how labor shortages caused by the Black Death also led directly to important labor saving devices, such as the printing press and more efficient sailing ships.

McCoy’s history of the North Atlantic slave trade and Europe’s brutal colonization of India and Africa is also extremely comprehensive. I was especially intrigued to learn how active the British navy was in conducting anti-slavery patrols following Britain’s ban on the North Atlantic slave trade in 1807. In total Britain’s navy liberated a total of 82,000 captives from slave ships and transported them to Sierra Leone. There they were registered as British subjects, with some remaining there, some enlisting as soldiers and some returning to their homelands.

McCoy’s chapter on China is extremely disappointing, as it clearly reflects the US State Department-CIA view of China’s global role in the world. Likewise his final chapter (on climate change). The latter relies on he corporate elite’s exclusive focus on carbon emissions, neglecting the fact that global warming has numerous causes (with massive deforestation and industrial agriculture being far more important than fossil fuel emissions) and can’t be solved by simply replacing fossil fuel with renewable energy.