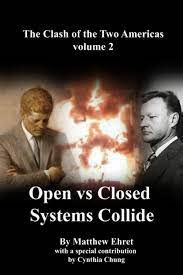 Oliver Stone’s Untold History of the United States – Prequel A

Owing to the series’ great success, Oliver Stone has produced two prequels to his  Untold History of the United States. The first traces the origins of America’s present empire-building spree at the end of the 19th Century.

Stone credits Lincoln’s Secretary of State William Seward (1861-69) for the launch of America’s imperialist ambitions. Following the US conquest of half of Mexico in 1848, Seward sought to expand US empire even further by conquering Alaska, Haiti, the Dominican Republic, Canada, Columbia, the Virgin Islands, Hawaii and Midway.The US would eventually succeed in annexing all of these territories, except for Canada, Haiti and the Dominican Republic – although they only formally possessed the northern section of Columbia, which they renamed Panama.

Then, as now, the US undertook these military adventures at the behest of Rockefeller, JP Morgan, William Randolph Hearst and other Wall Street robber barons. After the severe depression of 1893 (which caused 20% unemployment), they were convinced the only way to prevent further economic instability was to conquer foreign countries for their resources, cheap labor and markets for surplus US products.

During this period, US troops also invaded Cuba, the Philippines, Honduras, Dominican Republic, Haiti, Guatemala, Mexico, Nicaragua and China for the benefit of Standard Oil, United Fruit and other US corporations. Stone quotes extensively from General Smedley Butler’s War is a Racket. Butler participated in nearly all of these invasions.

Stone goes on to trace the British, French, US and czarist designs on Middle Eastern oil that were the true basis for World War I and the invasion of Russia by British, French, US and Japanese troops following the 1917 Bolshevik revolution. I was unaware the US refused to recognize the Soviet Union until 1933, when Roosevelt took office.

My favorite parts of this film concern the brave rebels who opposed this US imperialist aggression despite a brutal federal crackdown on all protest activity: Mark Twain and other in the Anti-Imperialist League, Eugene Debs, Bill Haywood and International Workers of the World, Emma Goldman and Mother Jones (Mary Harris Jones).