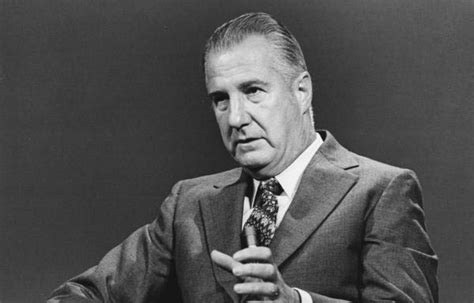 This episode focuses on Spriro Agnew’s resignation and the so-called “Saturday Night Massacre.” Many analysts view as the turning point in Nixon’s battle to clear his name.

In the Saturday Night Massacre three weeks later (on Saturday October 20, 1973, Nixon orders Attorney General Elliot Richardson to fire Special Prosecutor Archibald Cox. Richardson refuses and resigns instead. Nixon then orders Deputy Attorney General William Ruckelshaus to fire Cox; he, too, refuses and resigns. Nixon then orders the third-most-senior official at the Justice Department, Solicitor General Robert Bork, to fire Cox. Bork complies, stating he intends to resign afterwards. He’s persuaded by Richardson and Ruckelshaus to stay on for the good of the Justice Department

Although the Nixon administration seals off the special prosecutor’s office following Cox’s firing, they forget to fire the attorneys under Cox and they continued their investigation.

On July 24, 1974 the Supreme Court rules unanimously (8-0) that Nixon turn over the White House tapes. According to the new special prosecutor Leon Jaworski, three of the tapes were missing and one tape had an 18 1/2 minute gap. Nixon’s secretary blamed this on accidentally hitting the record button as she transcribed them.

The following week the House Judiciary Committee conducting impeachment hearings begins listening to the tapes. In one of the most publicized conversations, former White House counsel John Dean advises Nixon he needs another million dollars to continue payoffs to the burglars. Nixon indicates he will have no difficulty finding a million dollars. However as Russ Baker points out in Chapter 11 “Downing Nixon” of his 2009 book Family of Secrets, there is no evidence that he ever paid a million dollars (legally or legally) to the Watergate burglars or played any direct role in the Watergate payoffs.*

*See Was Nixon Set Up?