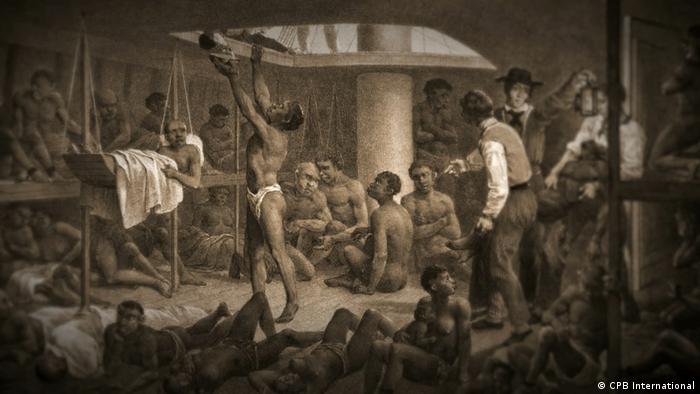 Part 3 From Sugar to Rebellion

Part 3 is about the Middle Passage and the commencement, by white Europeans, of industrial level human trafficking.

By the time of the 1620 Sugar War, the average slave only lived to age 30, translating into constant demand for replacements. Because women labored alongside side men (and both were drastically underfed), infant mortality was extremely high. Only one out of ten slave infants survived to adulthood.

In 1620, the French, English and Dutch formed an alliance to break the Portuguese/Spanish monopoly on the sugar industry.

The triangular British-slave-sugar trade provided the capital foundation for the emergency of European and North American capitalism. In the 17the century, it would totally transform the British banking system. After wealthy London merchants invited the Dutch businessman William of Orange man to assume the British throne, he granted the (private) Bank of England control over the money supply by enabling them to create the official national currency.*

In France slave trading families would be responsible for building the modern cities of Nantes, Bordeaux, La Rochelle and Le Havre around the slave/sugar trade.

Vastly outnumbered by the slaves they oversaw, especially in the Caribbean islands, white plantation owners were terrified of  slave revolts, which were occurring constantly.

The frequent slave revolts, along with the highly publicized Zong Massacre** in early 1781, would help enlighten the white population of Europe of the ugly role the slave trade played in sugar production.

**During the Zong massacre, the slave ship’s captain threw 130 enslaved Africans overboard in pursuit of a fraudulent insurance claim. When Lloyd’s of London denied the claim, the Zong owners took the company to court – and lost.