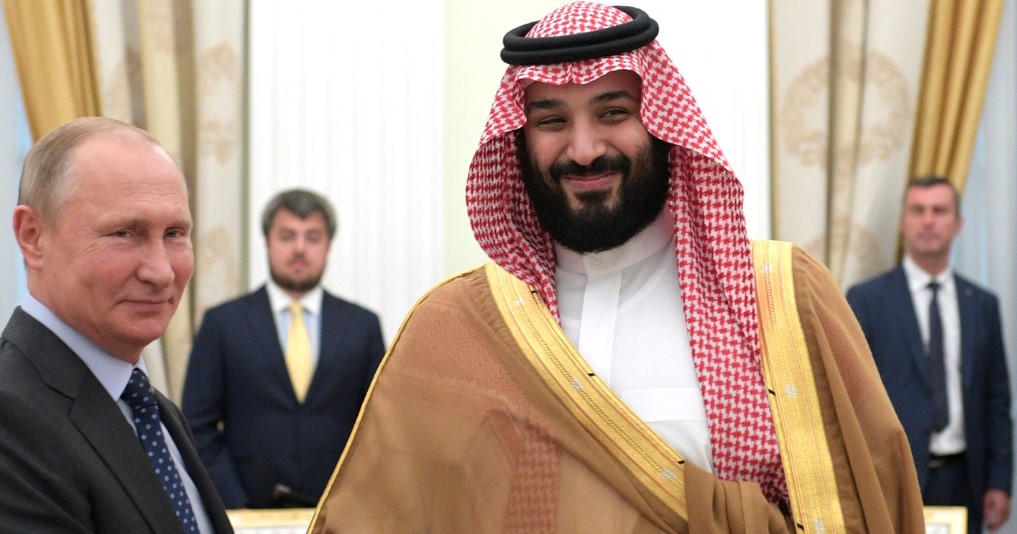 In November 2022, Saudi Arabia formally changed its stance on Syria. Saudi Arabia is the political powerhouse of the Middle East, and often shares positions on foreign policy and international issues with the UAE, which has previously re-opened their embassy in Damascus.

“The kingdom is keen to maintain Syria’s security and stability and supports all efforts aimed at finding a political solution to the Syrian crisis,” Saudi Foreign Minister Prince Faisal bin Farhan told the November Arab League summit in Algeria.

Syria was suspended from the Arab League in 2011 following the outbreak of conflict instigated by the US, and portrayed in western media as a popular uprising of pro-democracy protesters.

Arab League Secretary-General Ahmed Aboul Gheit said, “The developments in Syria still require a pioneering Arab effort. It is necessary to show flexibility from all parties so that the economic collapse and political blockage can be dispelled. Syria must engage in its natural Arab environment.”

The next Arab League summit will be held in Saudi Arabia, and there is a possibility of Syria once again taking its seat at the round table.

On January 16, the Syrian Foreign Ministry agreed to resume imports from Saudi Arabia after over a decade of strained relations, and Syria planned to import 10,000 tons of white sugar. This development signals a new beginning between the two countries.

Saudi and the Syrian tribes

The Arab tribes in the north east of Syria have traditionally had strong ties with Saudi Arabia, and have received support from the kingdom. The tribes have opposed the ethnic cleansing and forced displacement of Arab villages which the US-led YPG militia has conducted for years. Even though Saudi Arabia has been viewed as a US ally in the past, this has changed since the US military has supported the Marxist YPG who have oppressed Syrians who are not Kurdish.

The US occupied oil wells in north east Syria may come under attack by Arab tribes who are demanding their homes, farms and businesses back from the US-supported YPG. Some analysts foresee the US troops pulling out of Syria after the Kurds find a political solution with Damascus.

Turkey and Syria have begun steps to repair their relationship, which ended after Turkey supported the US-NATO attack on Syria for regime change, and hosted the CIA operations room funneling weapons and terrorists into Syria, under the Obama administration.

Syrian President Bashar al-Assad recently order the withdrawal of Turkish troops from Syria to begin to repair the relationship.

Russia is brokering the reconciliation between Erdogan and Assad, which began with the Moscow hosted meeting of the three defense ministers, and a meeting between the three foreign ministers is upcoming.

Iran is looking to establish a new role in the recovery process in Syria. President Ebrahim Raisi will visit both Turkey and Syria soon, his first visit to Turkey since taking office two years ago. While analysts see Saudi Arabia and Iran as antagonists, some feel the kingdom will ultimately realize they have to work with Iran in Syria and Lebanon. Iran is part of the region and can’t be excluded from the geo-political sphere.

Saudi Crown Prince Mohammed bin Salman (MBS) said on April 27, 2021 that the country was undergoing a sweeping reform which would restructure the role of religion in Saudi politics and society. The process began a few years before he became crown prince, but under his leadership it has accelerated. Islamic institutions in the Kingdom have seen changes in procedure, personnel, and jurisdiction. All of these reforms are in line with the future vision of the country.

Some analysts feel the rise of the Muslim Brotherhood in the 1960s eventually gave rise to support for domestic religious institutions, and eventually led to funding of religious activities abroad, while religious leaders at home wielded power over public policy.

The Crown Prince is young and has new ideas. He is instituting sweeping reforms to the society which have included more rights and freedoms for women. He has championed projects to place Saudi Arabia as a tourist destination, year round golf and soccer venue, and encouraged cultural arts such as musical productions. MBS is breaking the mold: no longer will Saudi Arabia be a breeding ground for Radical Islam.

Saudi Arabia had hosted many extremist preachers. Some were featured on satellite TV channels located in Saudi Arabia, and others were local preachers, authors, or scholars. Some had traveled abroad preaching in pulpits and exporting their hatred and sectarian bigotry.

One of the most famous preachers was Muhammed Al-Arifi, who has had an electronic surveillance device attached to him by Saudi intelligence agents, after they seized all of his social media accounts. His last tweet is said to be on May 6, 2019, when he had 20 million followers, and 24 million likes on Facebook, which ranked him as tenth in the Arab world and in the Middle East. The kingdom is shutting down clerics who are extreme.

In 2014, Great Britain banned Arifi from entering the UK following reports that was involved in radicalizing three young British citizens who went to Syria as terrorists.

A YouTube video in 2013 showed Arifi preaching in Egypt and prophesying the coming of the Islamic State. Egyptian TV reported Arifi meeting with the former Muslim Brotherhood prime minister Hisham Qandil in his office.

Arifi is best remembered for his statement on the media Al Jazeera in which he called for jihad in Syria and supported Al Qaeda.

Adnan al-Arour is another extremist preacher who had appeared regularly on two Saudi-owned Salafist satellite channels. Arour was originally from Syria before settling in Saudi Arabia, and in the early days of the Syrian conflict he would stand up on camera, shake his finger, and called for his followers to ‘grind the flesh’ of an Islamic minority sect in Syria and ‘feed it to the dogs’.

These extremist preachers made it clear that the battles being waged in Syria had nothing to do with freedom or democracy, which the western media was pushing as the goal. The truth was the conflict in Syria was a US-NATO attack for regime change and utilized terrorists following Radical Islam, who fought a sectarian war with the goal of establishing an Islamic State in Syria.

Saudi role in the Syrian war

Saudi Arabia played a huge role in the large-scale supply of weapons and ammunition to various terrorist groups in Syria during the Syrian conflict. Weapons purchased in Croatia were funneled through Jordan to the border town of Deraa, the epi-center of the Syrian conflict.

At the height of Saudi involvement in Syria, the kingdom had their own militia in Syria under the command of Zahran Alloush. The Jaysh al-Islam are remembered for parading women in cages through the Damascus countryside prior to massacring them.

In summer 2017, US President Donald Trump shut down the CIA operation ‘Timber Sycamore’ which had been arming the terrorists fighting in Syria. About the same time, Saudi Arabia cut off support to the Syrian opposition, which was the political arm of the terrorists.