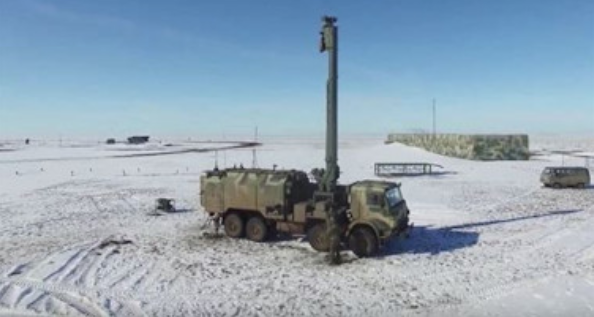 “Weapons are the way to peace,” quoth NATO secretary general Stoltenberg at the Davos conference, advocating for more weapons to be sent to the rapidly failing Nazi dictatorship in Kiev.

Those who know and love old Jens probably heard this and clapped their hands in joy—”Yay, more weapons!”—whereas I, having long ago concluded that he is a cross between a Doltenberg and a Stultenberg, was loathe to admit that for once he spoke the absolute, unadulterated truth: funneling all of NATO’s weapons (except the nuclear ones, of course) to the hapless Ukrainians would be most conducive to not just ridding the world of these terrible weapons but also eliminating the remnants of Ukrainian Nazis and whatever foreign mercenaries and NATO special forces are embedded in their midst.

This was a bit of a surprise: here I was comfortably assuming that Stolt is like a clock that had its face bashed into tiny pieces with a sledgehammer—correct zero times a day—and here is Stolt the Dolt suddenly ringing the bell on time and the correct number of times! Well, let us mark this as the exception that proves the rule. Please let me explain why I think that weapons are indeed the way to peace.

There is a Russian system ironically called Penicillin (its technical designation is 1B75). It was first put together and tested a few years ago, but only now has it been produced in enough numbers to saturate the entire Russian frontline in the former Ukraine, producing good results. It is a combined optical, acoustic and seismic system that pinpoints the locations of all artillery and missile launches in a 25km radius within 5 seconds and automatically transmits their target and trajectory information to Russian artillery and air defense systems within a 40km radius. It is a passive system: it merely listens and cannot be pinpointed for targeting. It is easy to hide: it is mounted on a sporty Kamaz-6350 8×8 truck and can be hidden in any gully or patch of woods. It can operate unattended for long periods of time.

The Ukrainians have been given a few targeting systems too, but these are all active systems that shine a radar beam on whatever it is they are tracking, thus informing Russian passive radar systems of their exact locations; they don’t survive for long.

Whenever the Ukrainians launch a missile (excluding small stuff like mortars), the Russians immediately know both the launch site and the trajectory. The missile is then precisely targeted and destroyed by Russian air defense while the launcher is precisely targeted and destroyed using artillery before it has a chance to move. This puts the Ukrainians, already at a disadvantage in the number of artillery pieces and starved of ordnance, at an even greater disadvantage.Once Ukrainian artillery and rocket systems are disabled, the Russians take their sweet time blowing up Ukrainian trenches and bunkers. Once they are reasonably convinced that there is no more fight left in whoever is left alive on the Ukrainian side, they move in their infantry and mop up. And then the front advances a few kilometers to the west.

his balance of power results in Ukrainian casualties in the high hundreds to low thousands per day while casualties on the Russian side are becoming increasingly rare thanks to the unhurried meticulousness with which the Russians perform what has become a routine, repetitive chore.

The Russian defense establishment is cranked up to full speed working three shifts and there are no longer any shortages of anything that the Russian military needs. To plug in a specific example, Putin recently stated on camera that Russia is currently manufacturing more air defense missiles than the rest of the world combined.

Meanwhile, it is no secret that NATO is many years behind in replenishing the supplies it has sold or donated to the Ukrainians so far. There is a very good reason for this difference: in the West, weapons are manufactured by defense contractors, which are for-profit private companies. When they don’t have orders, as they do during extended periods of peacetime, they scale back their operations and lay off technical staff; then, a decade or more later, when a huge new order suddenly arrives, they aren’t able to fill it quickly—or at all. In Russia, the defense establishment is fully owned by the government and kept operational at all times.It thus stands to reason that the Russians don’t need to do much more than they are doing now: blowing up everything that the

Ukrainians manage to bring to the front and killing anything that moves on the Ukrainian side of it; moving the front westward a few kilometers a day; and perfecting their weapons and their strategies in preparation for any future conflict.

Since the start of the hot phase of the conflict 11 months ago, the Russians have destroyed the Ukrainian armed forces not once but twice: once with its old contingent and Soviet-era weapons, and once with a hastily drafted contingent and Soviet-era weapons donated from throughout the former East Bloc, and it is now busy destroying Ukrainian armed forces 3.0 armed with NATO weapons and with lots of Polish, Romanian, American and assorted other mercenaries.

The end result of this, to be achieved perhaps during the summer of 2023, perhaps closer to autumn, should be as follows:

• The Ukraine free of both Soviet-era and NATO weapons

• The Ukraine purged of almost all Ukrainian Nazis

At that point, Russia should be in a position to offer peace—on its own terms. These terms have been known for an entire year now and haven’t changed except for a few details. In the main, Russia would like NATO to scale back to its 1997 borders, leaving Eastern Europe demilitarized and neutral.

What’s changed is that Russia would like some additional pieces of the former Ukraine for itself: Zaporozhye, Kherson…I am guessing that this list will come to include Nikolaev and Odessa, and perhaps Dnepropetrovsk and Kharkov. Russian control over some sensitive Ukrainian nuclear and hydroelectric installations (all of them built by the Russians) would be nice too, just for the sake of security.