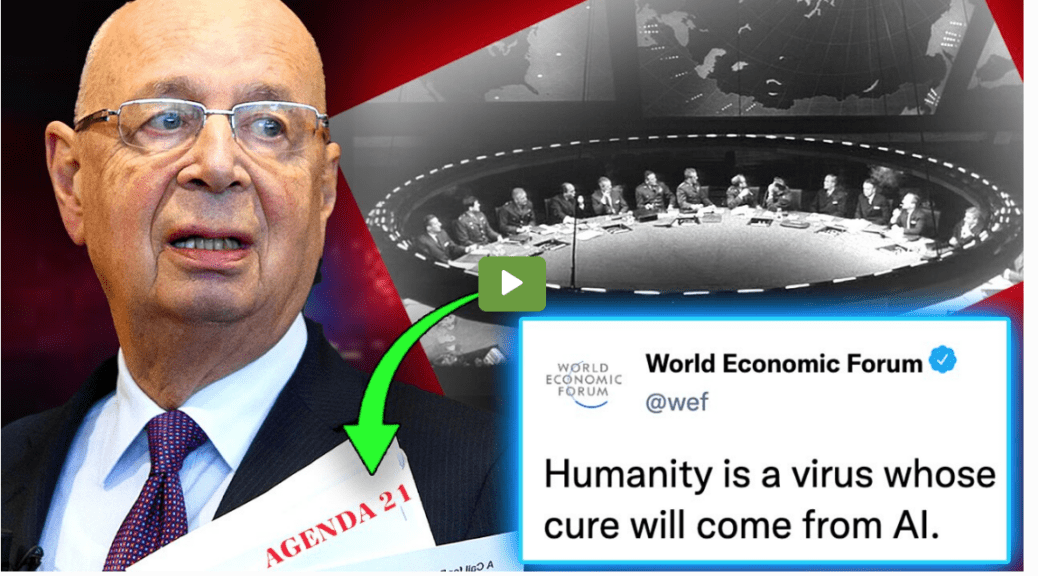 Something VERY BIG is going on and it appears it is not good.  The World Economic Forum (WEF) begins its world conference today, but WEF Founder Klaus Schwab and now Billionaire George Soros have just BOWED-OUT; they will NOT attend!

Citing  alleged “health issues” Klaus Schwab has just made known he will not attend the WEF Conference in Davos.

Now, George Soros is publicly saying he, too, will not attend. This despite the conference date being set months in advance, and it being the biggest affair the WEF runs every year.

This comes despite the country of Switzerland deploying five thousand army troops, and empowering those troops to “use coercive police power” to keep order.

Now I can report to all of you that upwards of FIFTY PERCENT of invitees, will not be showing up.  The last time a WEF Meeting was ditched like this . . . . was the week of the 9-11 attacks!

As of 4:29 PM eastern US time here in the New York city area, we are told that “REBEL NEWS” from Canada is at the Davos location, and they are allegedly reporting only a few dozen people were at the opening and a maximum of maybe 400 are in attendance.  There were 2700 confirmed attendees (plus staff) scheduled to be there today — and they’re not.

Despite what the mainstream media are attempting to convince us, the World Economic Forum are not trying to fix the world for humanity. They’re trying to fix things for a tiny minority of the world’s population. And in order to do this, they are trying to break you. You might want to start paying closer attention.

While you may be just starting to reap the advantages of 5G wireless technology, researchers throughout the world are already working hard on the future: 6G. One of the most promising breakthroughs in 6G telecommunications is the possibility of Visible Light Communication (VLC), which is like a wireless version of fiberoptics, using flashes of light to transmit information. Now, a team of researchers at the University of Massachusetts Amherst has announced that they have invented a low-cost, innovative way to harvest the waste energy from VLC by using the human body as an antenna. This waste energy can be recycled to power an array of wearable devices, or even, perhaps, larger electronics. Yuval Noah Harari, Klaus Schwab’s lead advisor at the Word Economic Forum, has announced that human beings are no better than “viruses or bananas” and the WEF has now reached the point where they can “hack humanity.”

According to Harari, the idea that humans have free will is over, and for those who oppose, there will be no escaping what Harari refers to as the “Secret Police.”

The messaging coming out of the WEF is becoming increasingly sinister, with Klaus Schwab taking on the role of terrorist group leader, using communications channels to issue ultimatums to humanity. Do what I say, or else.

According to Schwab, the new internet will only be available to those who submit to the WEF’s biometric digital ID.

In a new speech given in the lead-up to the World Economic Forum’s annual summit in Davos this week, a triumphant Harari doubled down on Schwab’s disturbing claims and boasted that the WEF boasting has gained more power than the Soviet KGB or the Spanish Inquisition ever had.

This is where things begin to get really dark. Harari obviously has a very low opinion of common people, having told us many times that we need to die in large numbers, and also comparing us to viruses and bananas, as you just saw. Perhaps his low opinion of ordinary people is why he felt the need to spell out exactly how the globalist elite plan to monitor, manipulate and coerce humanity.

“Now imagine the situation in ten or twenty years when an algorithm can tell any teenager exactly where he or she is on the gay or straight spectrum, and even how malleable this position is.”

“You will not be able to hide from Amazon, from Alibaba, and the Secret Police. As you surf the internet, as you watch videos or check your social feed, the algorithms will be monitoring your eye movements, your blood pressure, your brain activity.”

And this is the final solution for the WEF. They want humanity in lockstep with their agenda, unable to oppose, unable to think critically.

And the move to introduce biometric ID is more advanced than many realize. At Davos, all roads in and out of the elite headquaters are patrolled by the police and military, and only biometric ID will gain you access. This is a conspiracy fact.

But there is hope. The elite were unable to brainwash all of us. Many of you saw through the Great Reset scam from the beginning and an ever-growing number of people are waking up to the reality of what is happening in the world.

The global elite know we are onto them and they are running scared. The WEF like to proclaim they are “Committed to improving the world.”

3 thoughts on “At the WEF: Are Schwab and Soros on the Run?”