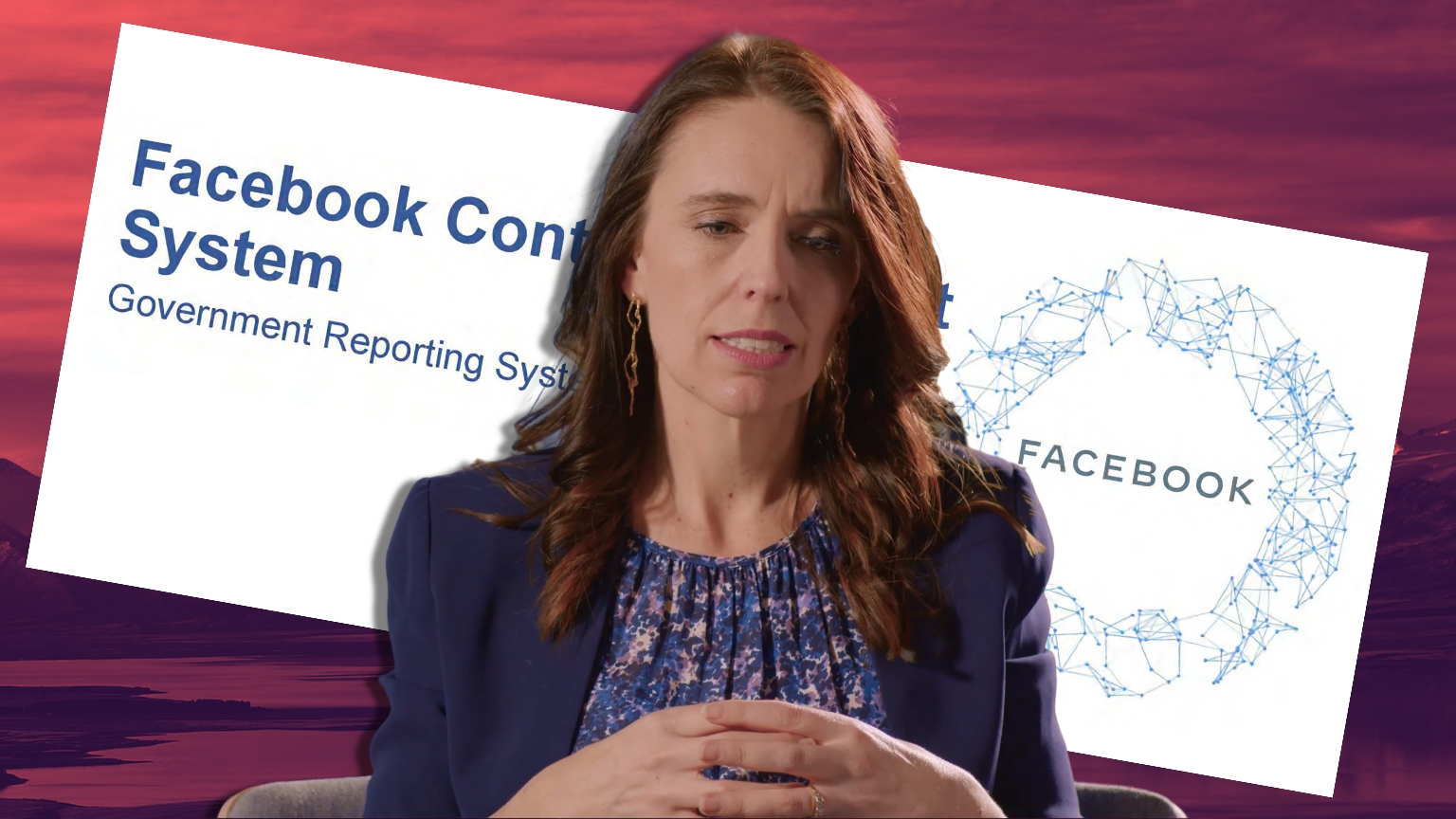 This portal is designed specifically for government agencies to flag content to Facebook for censorship. According to The Intercept, which reported on the portal in October, government partners can also use the portal to “report disinformation directly” to Facebook.

We obtained a copy of the OIA response for you here. 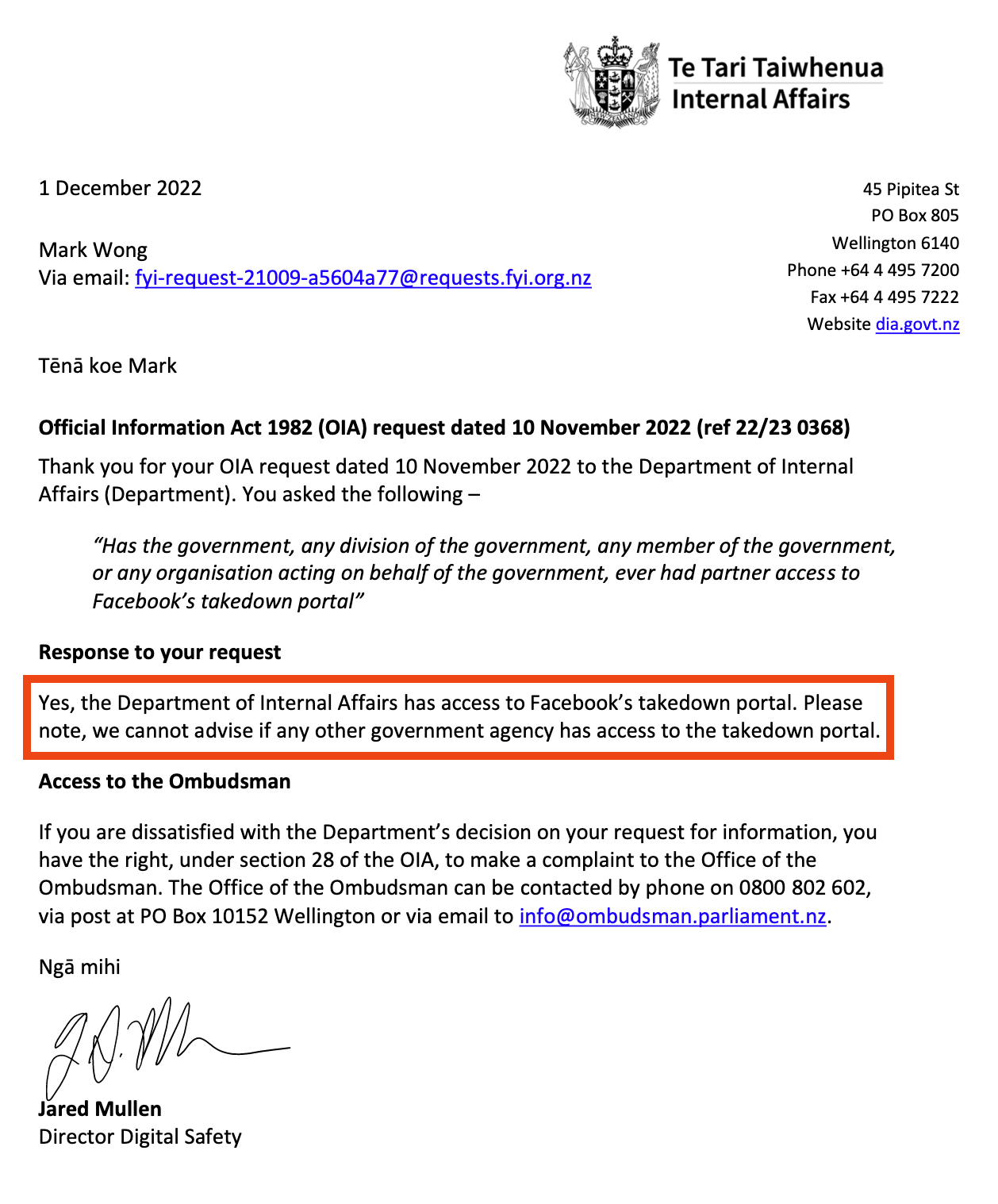 The OIA response didn’t detail how much content had been censored via this Facebook takedown portal. However, other reports on similar types of backdoor content takedown arrangements between governments and Big Tech have shown that governments regularly use them to target legal content such as parody accounts, accounts questioning the effectiveness of Covid vaccines, and so-called election misinformation.”

Publicly, the New Zealand government has endorsed the censorship of legal content with Prime Minister Jacinda Ardern saying “disinformation” should be regulated like guns, bombs, and nuclear weapons. Big Tech companies have also agreed to a censorship pact in the country where they suppress “misinformation” and “harmful content.”

Most other governments haven’t admitted that they have access to these portals. However, last year The White House did admit that the United States (US) Surgeon General’s Office is flagging posts for Facebook to censor.

The Intercept’s report on this Facebook content takedown portal claimed that several other United States (US) government agencies have access to the portal, including the Department of Homeland Security (DHS).

Documents released as part of 2021 lawsuits suggest that the California Secretary of State’s Office of Elections Cybersecurity (OEC) also has access to the Facebook takedown portal and a similar type of portal on Twitter.