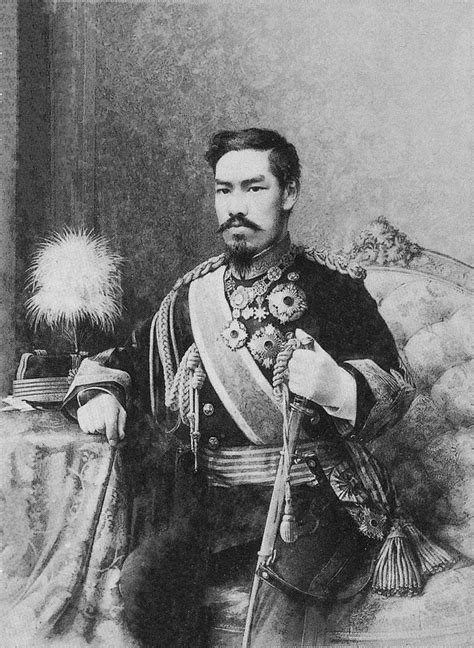 After 1854, growing Samurai resentment over the trade treaty the US forced on Japan (see Medieval Japan: Samurai, Shoguns and Gunboat Diplomacy) led to civil war. Armed with Western weapons, The Shogun’s opponents prevailed and forced him to resign. In 1868, Meiji became emperor, the first Japanese emperor to have real power since 1171.*

The Industrialization of Japan

Under Meiji’s leadership, Japan sought Western help in undergoing transformation to a modern military, industrial society with modern transport, communication and education systems. In 1878, Meiji crushed the last remaining Samurai and forced inefficient farmers off the land by converting the archaic grain tax to a monetary tax.

Most industries were owned by four prominent families,** who also owned all the private banks. Economic development came at great cost to Japanese peasants who produced 90% of the wealth to pay for development. Popular uprisings in 1883 and 1884 were brutally crushed, as was Japan’s burgeoning labor movement (1901).

Under the 1889 constitution written in 1889, Japan became a constitutional monarchy with a democratically elected upper and lower Diet. The emperor retained the power to appoint the prime minister and dissolve the Diet.

The Colonization of China and Korea

In 1876, Japan purchased modern warships from the UK, which helped them colonize Korea (see 19th Century Korea: Resisting European Colonization to Fall Victim to Japan), defeat China in the 1895 Sino-Japanese War and Russia in 1905 in the Russia-Japanese War.

In 1906, Japan built a railroad in Manchuria (and sent a military force to guard it). After entering World War I on the side of the Allies, Japan, the Treaty of Versailles rewarded them with all Germany’s former possessions in the Pacific and de facto control of all Chinese territories.

In 1920, Japan joined the League of Nations, and in 1928 they signed the Kellogg-Briand Pact renouncing war as an instrument of foreign policy.

Japan’s economy surged during the 1920s, producing genuine prosperity for most of its population for the first time. After 1929, the Great Depression hit Japan hard, as it relied on US markets to absorb most of its manufactured goods. Growing popular unrest led to a rise of right wing nationalism and the 1932 assassination of Japan’s prime minister (by a group of naval officers) ended civilian control of the Japanese government.

Japan subsequently blew up a section of the (Japanese-owned) Manchurian railroad as a pretext to invade Manchuria. Chinese leader Chiang Kai-shek appealed to the League of Nations, which called on Japanese troops to withdraw. Instead Japan left the League. In 1937, they launched an all-out war on China, deliberately targeting civilian non-combatants.

In 1940 they signed a Tripartite Pact with Germany and Italy, and in 1941, a Soviet-Japanese Neutrality Pact, which allowed them to acquire territory in the Pacific (Vietnam, Laos, Cambodia, Borneo, Burma, Dutch West Indies) without Russian interference.

Benjamin provides a very cursory overview of the US/UK war against Japan after it declared war on both countries in December 1941. He makes the case (which many historians dispute) that the US had to drop the atomic bomb on the Japan because they were unlikely to surrender.***

*Ending the 250-year reign of the Tokugawa Shoguns.

1 thought on “Industrialization and Militarization of Japan”