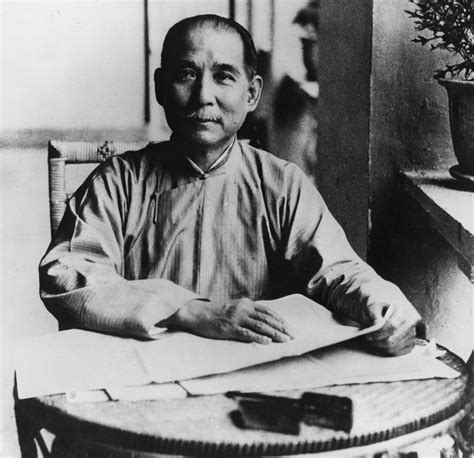 According to Benjamin, China was under continuous upheaval during the first four decades of the 20th century. Sun Yat-sen became provisional Chinese president after the emperor abdicated. He resigned in 1911 in favor of General Yuan Shikai. Under Shikai, China’s central government ran the post office and a few other agencies, for most of Shikai’s tenure, the country was run by warlords who revived the opium trade.

After Shikai died in 1916, Sun Yat-sen was unsuccessful in restoring order. In 1919 after the Versailles Treaty granted Japan control of China, the May 4th Movement erupted throughout China demanding an end to foreign control. In 1921 an offshoot of May 4th formed the Communist Party of China.

Following a brief alliance with the CPC, Sun Yat-sen allied himself with General Chiang Kai-shek to form the Chinese National Party (Kuomintang). In 1927, the general’s troops. brutally attacked the communist-led labor movement in Shangai, forcing the communists into an isolated region in southeast China.

In 1928 Chiang Kai-shek wrested control of Beijing from Japan and established a central government in Nanjing. He ruled for nine years as a one-party dictatorship “readying China for democracy.” Despite enacting trade tariffs and revoking many foreign concessions, he never gained the peasants’ support.

After invading Manchuria in 1932, the Japanese established the puppet state of Manchuko with the former emperor Puji as the puppet ruler.

In 1934, Chiag Kai-shek launched a full scale war against the Chinese communists, killing a million members and sympathizers. Becoming president of the CPC, with Zhou En Lai his deputy, Mao led the 86,000 remaining members on a 8,000 mile strategic retreat (which he named the Long March).

In 1937, Chiang Kai-shek and Mao agreed to unite against Japanese invaders with a total military force of 1.3 million. Engaging mainly in guerilla tactics, Mao became very popular with the Chinese peasants.

Following Chiang Kai-shek’s withdrawal to Taiwan in 1943, Mao declared the People’s Republic of China on October 1, 1949. In December 1949, he left China for the first time to meet with Stalin.

Benjamin gives a very cursory overview of the rapid industrialization of the People’s Republic of China, their Great Leap Forward (1959-62) which collectivized Chinese farms (resulting in three years of famine and the death of 20 million people), their break with the Soviet Union in 1964, and the Cultural Revolution in 1966. The latter endeavored to root out pro-capitalist party members by beating and killing them and sending them to labor camps. According to Benjamin, the Cultural Revolution didn’t formally end until Mao’s death in 1976.