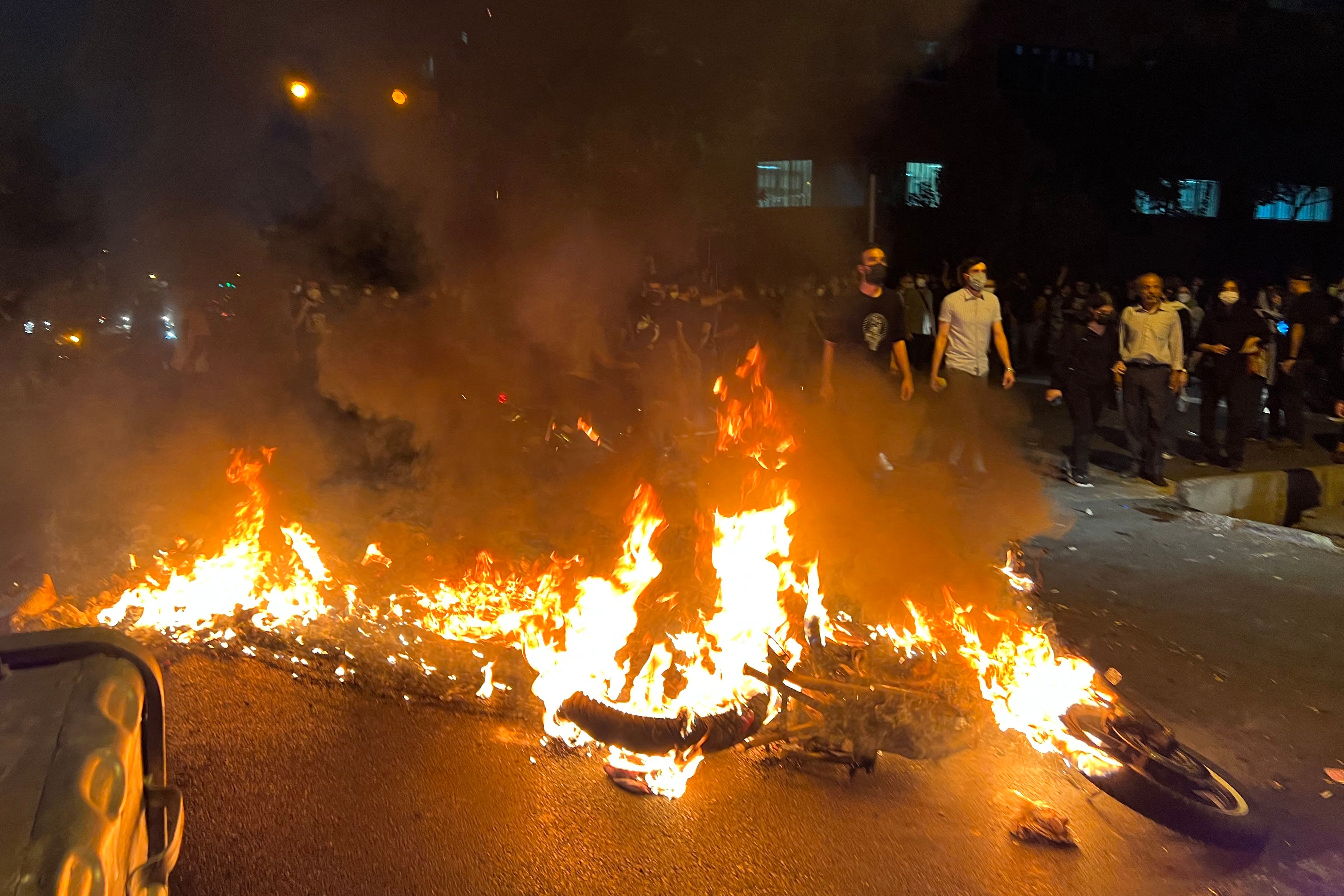 Since mid-September, the Islamic Republic of Iran has been subjected to a new cycle of destabilization. The death of a young Kurdish-Iranian woman, Mahsa Amini (22), on September 16 was the starting point. Amini, who had been briefly detained by the morality police on September 13 for not wearing her hijab correctly, collapsed in a police station, dying three days later.

CCTV footage captured the moment when the young woman suddenly fell to the ground with no visible police coercion, on her way to an ordinary Islamic dress code class. But before the police made these images public (and the government ordered an investigation), word had already begun to spread that the young woman had died of a stroke as a result of the beatings she received at the police station.

It mattered little the health problems she had (she had brain surgery in 2006), that the audiovisual file shows that nothing extraordinary happened before the collapse, that there was no physical contact between officers and the young woman, who died of cerebral hypoxia and a heart attack, after spending almost three days in a coma.

The news,  initially reported by  Shargh, was quickly picked up by “human rights” groups and Kurdish news agencies that began a follow-up that was gradually replicated by the international media, while the initial follow-up was adulterating the nature of the news, to then consolidate the matrix that Amini died as a result of physical aggressions perpetrated by “henchmen of the Islamic regime”.

Two news sources conspicuously led to the leap from the domestic to the global embedded in the preset communicational system: first, the “monitoring” of the events by the State Department “activist” Masih Alinejad (more on her later) of the already adulterated version of the event, and the entry into the Twittersphere of the former soccer player based in the Emirates, Ali Karimi, from where numerous newly created accounts began to replicate the “news” and tags such as #OpIran, among others, since the hijacked and modified version of the events was circulating throughout the anti-Islamic Republic media system.

On the basis of an event recognized as tragic by all sides without distinction, a large number of organized and sophisticated media devices, with foreign affiliations and links, were set in motion. Before long, the representation of the conflict shifted from the denunciation of the death of the young Amini to the liberal anti-Hijab protests, for “democracy”, against the Islamic system and socio-economic hardships.

And while outwardly the “freedom” and anti-oppression version was presented, portraying the demonstrations as “peaceful”, numerous cities in the country witnessed riots, armed violence, aggressions against people and public property (in the first week alone the “demonstrators” destroyed 61 ambulances), attacks against religious and government institutions, assassinations and lynchings against security forces, as well as terrorist attacks.

So far, two waves can be accurately distinguished from this cycle. The first, in direct reaction to the Amini case, where visibly (and above all other actions) the format of “peaceful demonstrations” predominated, obfuscating the rest of the ultra-violent events, from September 16 to mid-October.

A second wave, of a more explicitly terrorist, armed, and indiscriminate violence, was established from October 26, when a gunman opened fire on pilgrims and worshippers, killing 15 and wounding more than 40, in the temple of Shah Cheragh, in the city of Shiraz, in the province of Fars. The attack was claimed by the Islamic State. The security forces also thwarted  a bomb attack that should have occurred at the same time in the city.

Thus was established the classic sequence of a destabilization process under the codification of color revolution, a format repeated to the point of exhaustion and overwhelm, which, from the “mobilizations” of the “civil society” that gives it cover and context that do not achieve the objectives politically (regime change), passes to the direct armed phase. This, beyond damage, has not achieved the objectives of placing the Iranian government and society in check.

As is also often the case, the same Western media apparatus and networks that breathe life into the narrative tailored to liberal precepts are obliged to hide and/or deny the existence of the large demonstrations, counter-marches and mass attendance at funerals in honor of martyrs, in defense of the country and the government, which have also occurred alongside the various operational phases of regime change.

The Mammoth Architecture of the Information Landscape

Although it is and has always been an essential component, the dimension, magnitude and scope that has been deployed in the Iranian case to establish the narrative apparatus, surpassing the usual parameters, is still surprising. The most important components will be highlighted here, which are undoubtedly shaped and sustained logistically, financially and operationally by the usual actors: the United States, the United Kingdom, the Persian Gulf monarchies, Saudi Arabia and prominent figures in the European Union.

1 thought on “Iran: From Social Mobilization to the Direct Armed Phase”