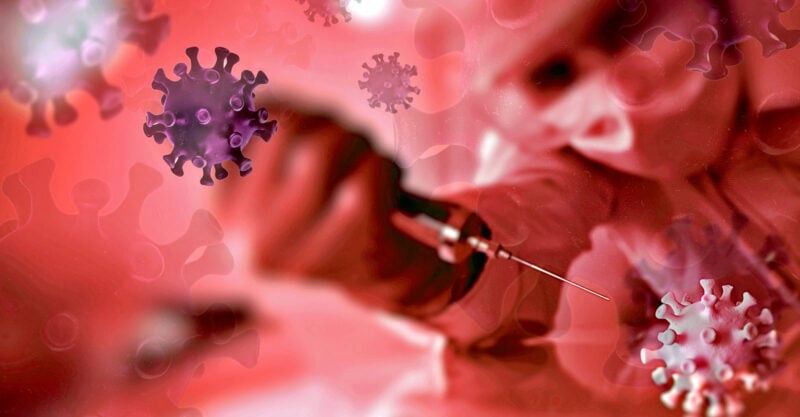 By The Defender Staff

U.S. Right to Know last week filed three new Freedom of Information Act lawsuits against federal agencies as part of an ongoing effort to uncover what is known about the origins of COVID-19, leaks or mishaps at biosafety labs and the risks of gain-of-function research.

U.S. Right to Know (USRTK) last week filed three new Freedom of Information Act (FOIA) lawsuits against federal agencies as part of an ongoing effort to uncover what is known about the origins of COVID-19, leaks or mishaps at biosafety labs and the risks of gain-of-function research.

The group filed the three new lawsuits after federal agencies failed to respond to several FOIA requests, instead withholding documents and information that potentially shed light on the origins of COVID-19 and related issues.

“The public and global scientific community have a right to know what data exists about these matters,” USRTK said.

USRTK filed a lawsuit against the U.S. Department of Health and Human Services (HHS) and the National Library of Medicine (NLM) after they ignored USRTK’s request, submitted in June, for information about Basic Local Alignment Search Tool (BLAST) inquiries made before the start of the COVID-19 pandemic.

Researchers commonly use BLAST to compare potentially new genetic sequences to a database of known sequences. The lawsuit seeks to uncover whether anyone was using BLAST to align a nucleic acid or amino acid sequence identical to parts of the SARS-CoV-2 genome before the pandemic.

USRTK Executive Director Gary Ruskin explained the significance of this investigation in a tweet:

If such a sequence is found, and if the search occurred before the pandemic started, it would suggest the searcher may have had a virus similar to SARS-CoV-2. https://t.co/zHsIoX3r7G pic.twitter.com/PF3MFBiLGA

In response to the original FOIA request, the NLM told USRTK it had “no responsive records,” but didn’t provide details about how it looked into the issue. NLM ignored USRTK’s appeal with follow-up questions, which led to the lawsuit.

USRTK filed another lawsuit against the Defense Advanced Research Projects Agency (DARPA) when it didn’t respond to two FOIA requests from October 2020 and March 2021.

The funding granted to the Duke Human Vaccine Institute, housed in the Duke Regional Biocontainment Laboratory, provided $12.8 million over 30 months to develop a system capable of halting viral pandemics within 60 days.

The second FOIA request sought contracts, grants and communication pertaining to eight contracts funded by DARPA’s PREventing EMerging Pathogenic Threats program to develop technology to surveil and model viral pathogens in animals and insects with the potential for human spillover.

USRTK filed a third lawsuit against HHS and the NLM for ignoring an August 2022 FOIA asking the National Institutes of Health (NIH) to release all early SARS-CoV-2 sequences or SARS-like sequences that might be suppressed or withheld from public view.

The investigative nonprofit filed the FOIA request after researchers found NIH had deleted SARS-CoV-2 sequences from its databases.

In 2021, Jesse Bloom, Ph.D., an evolutionary biologist at the Fred Hutchinson Cancer Center in Seattle, uncovered 13 sequences from early in the Wuhan outbreak that were deleted from the NIH Sequence Read Archive at the submitter’s request.

We just submitted a #FOIA request to @NIH asking for any SARS-CoV-2 and SARS-related sequences that are not publicly accessible. https://t.co/EdbEff01S1

Bloom and other scientists concurred, writing in Science:

“Whether the origins are from a lab leak or from zoonotic spillover, knowing how COVID-19 emerged is critical for informing strategies to mitigate risk of future outbreaks.”

A group of researchers associated with the WIV and EcoHealth Alliance, a U.S.-based nonprofit that collaborated with WIV on coronavirus research, heavily promoted the zoonotic spillover hypothesis.

In March 2020, the researchers published a letter in Nature Medicine asserting that the lab theory was not “plausible.”

The letter was influential in discrediting those who questioned the zoonotic origin hypothesis as “conspiracy theorists,” despite the fact that other scientists continued to call for research into the origins of COVID-19.

Dr. Anthony Fauci’s email correspondence from January to June 2020, obtained by the Washington Post, Buzzfeed News and CNN through FOIA requests, showed researchers had alerted Fauci and his colleagues early on to the possibility that COVID-19 may have leaked from the Wuhan lab.

The emails also show that Fauci and then director of the NIH, Dr. Francis Collins, participated in a teleconference where they advised the researchers who drafted the letter not to mention the possibility of a lab leak.

In a White House press conference, Fauci later pointed to that letter as evidence the virus had a zoonotic origin.

In August, House Republicans said they would open an inquiry into the potential lab origins of COVID-19 if they won a majority in the House in the midterm elections. They won that majority this November.

On Tuesday, Fauci told reporters in a White House briefing that he will fully cooperate with House Republicans if they launch an investigation into the origins of COVID-19. “I have no trouble testifying — we can defend and explain everything that we’ve said.”

Appearing on Sunday’s Meet the Press, Fauci added that he had a “completely open mind” regarding the origins of the virus, and conceded that the zoonotic origin hypothesis “hasn’t been definitively proven.”

The “lab leak” hypothesis is supported by a history of safety concerns with high-level biosafety labs in general and the BSL-4 lab in Wuhan in particular.

In June, The Defender reported that the World Health Organization acknowledged there are crucial information gaps hindering its investigation into COVID-19 origins, leaving open the possibility the virus could have escaped from a lab.

This statement contradicted WHO’s earlier claim that it was “extremely unlikely” COVID-19 leaked from the WIV.

ProPublica and Vanity Fair investigated WIV this fall, reporting “a complex and grave situation” inside of “a biocomplex in crisis.” In late October, Sen. Richard Burr (R-N.C.) also released an interim report into the origins of the COVID-19 virus that strongly supported the lab-leak theory.

Given the limited investigation and the lack of transparency regarding the research into the origins of COVID-19, gain-of-function research and biolabs, USRTK in July 2020 began submitting public records requests because the group was “concerned that the national security apparatuses of the United States, China and elsewhere, and the university, industry and governmental entities with which they collaborate, may not provide a full and honest picture of the origins of SARS-CoV-2 and the dangers of gain-of-function research.”