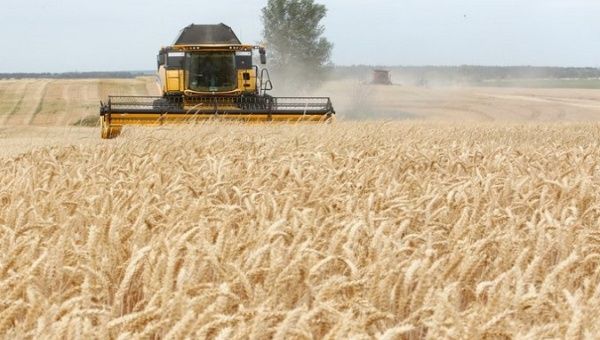 Russian and Yemeni officials met on Thursday to discuss the provision of Russian food aid to the Yemeni people through UN-linked mechanisms.

According to the Russian Foreign Ministry, on Friday, Russian Deputy Foreign Minister Sergey Vershinin held a meeting in this regard with Yemen’s ambassador to Moscow, Ahmed al-Wahishi.

The Russian Ministry said in a statement that the two officials discussed “the prospects of supplying Russian food aid, including through international organizations of the UN system.”

During the meeting, the Deputy Foreign Minister and the Yemeni Ambassador agreed on the need for the international community to lead efforts to assist the needy population in a country plagued by a long-standing humanitarian crisis.

On Monday this week, the International Food Policy Research Institute (IFPRI) published a post warning that in Yemen, as of this year, there are “3.5 million pregnant or lactating women and children under 5 suffering from acute malnutrition and up to 19 million people affected by food insecurity.”

“Keeping wheat flowing into the country and getting wheat products to consumers through importers, processors and private sector distributors is a critical piece of the puzzle for managing food security.”

Since early 2015, an armed conflict has raged in Yemen, triggering an unprecedented humanitarian emergency. The ongoing conflict between Russia and Ukraine, the world’s leading grain exporters, has disrupted global grain supplies along with other key agricultural commodities.

“Yemen relies heavily on grain imports to feed a population that has long been on the brink of famine,” the IFPRI post said.