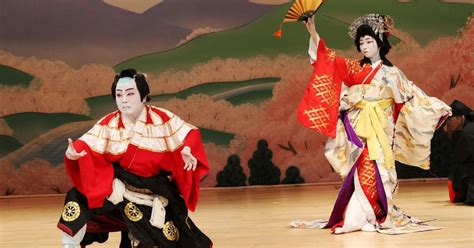 In 1155 the Minamoto family seized imperial power and the shogun they appointed to run Japan’s military affairs ultimately ran the country. The hereditary emperor became a figurehead and was virtually powerless.

Successive shogonates to rule Japan were

The years 1465-1600 were the “Warring States Period.” With no central ruler, both the Kamakura and the Muromachi Shogonates granted substantial power to the provinces, which held ultimate control over the government and the economy.

Under shogonate rule, 25% of males were drafted into the military, where they provided their own weapons (although they were exempt from taxation).

The literal meaning of Samurai (a Chinese word) is “those who serve the nobility.” Although initially designating the six lower levels of the twelve bureaucrat classes, it came to refer to military men. Prior to the 14th century, the samurai were mere mercenaries. As their behavior became more ethical and refined, they became part of the nobility. At their height, they acquired expertise in martial arts, archery, sword play. and horsemanship. There were many Samurai women (wives of Samurai) who developed exceptional military prowess.

Portuguese traders, the first Europeans to arrive in the 16th century, transformed Nagasaki into one of the largest port cities in the world. The English subsequently established a trading center at Nagoya, the Dutch at Kyushu and the Spanish at Hirado.

In 1600, the Japanese were very open to Jesuits and other Christian missionaries. However the Tokugawa Shogonate, determined to reduce the risk of civil war, passed laws reducing foreign contact. Even though it became illegal for Japanese to go overseas, some closely controlled trade continued. A few Chinese and Dutch merchants continued to operate in Nagasaki. In 1615, there were an estimated 300,000 Christians in Japan.

During the 17th century, increased rice, cotton and silk production allowed Japanese farmers to engage in commercial farming for the first time. The country’s population increased by 33% to 29 million, as families used infanticide to limit overpopulation.

During peace time, the Samurai fell into financial difficulty. While the elite still focused on Chinese culture and Confucianism, the merchants who controlled the cities launched  the Native Learning Movement. The latter rejected Confucianism and Buddhism as unacceptable foreign influences. Many unique Japan cultural treasures emerged under the Native Learning Movement – including Kubuki theater, Bunraku (puppet theater) and prose fiction.

During a Tokukawa crackdown between 1617 and 1632, missionaries and Christian converts were tortured and forced to convert to Buddhism.

In 1854, US Admiral Matthew Perry forced the Tokukawa shogon (by threatening to fire on civilians) to sign a treaty opening Japan trade to the US. What followed was civil war, brought on by extreme popular anger over high taxes. A number of foreign countries provided provided the insurgents with weapons.

In 1868, Emperor Meiji assumed power from the Shogon, and in the 1870s the samurai were officially abolished.