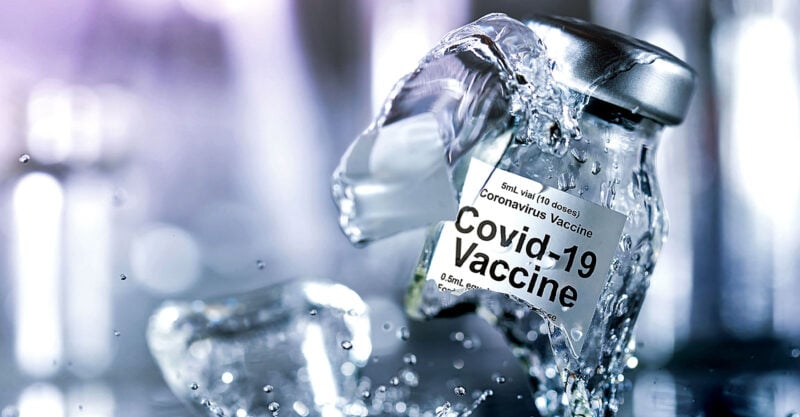 Government health officials could have saved themselves by coming clean a few months into the COVID-19 jab scam. At this point, there’s no way to save face, let alone anyone’s career.

The FDA and the CDC jointly run and, allegedly, monitor the Vaccine Adverse Events Reporting System (VAERS) for safety signals.

Both agencies have been blatantly derelict in their duties in this regard, as the safety signals in VAERS have been screaming for attention since the first quarter of 2021. Yet both the FDA and CDC claim they’ve found nothing of concern. Nothing at all.

They’re so unconcerned they even added the COVID-19 jabs to the childhood vaccination schedule, with the first jab series to be given to toddlers and babies as young as 6 months.

Meanwhile, data from around the world, including data in VAERS, V-Safe and the Defense Medical Epidemiology Database, suggest these shots are the deadliest in the history of vaccines. No other product comes even close.

The FDA is also guilty of massive data obfuscation. In a recent BMJ article, investigative journalist Maryanne Demasi discusses the FDA’s failure to follow up on and release data showing an increase in serious adverse events in elderly individuals who received the Pfizer shot:

“In July 2021 the US Food and Drug Administration (FDA) quietly disclosed findings of a potential increase in four types of serious adverse events in elderly people who had had Pfizer’s COVID-19 vaccine: acute myocardial infarction, disseminated intravascular coagulation, immune thrombocytopenia, and pulmonary embolism.”

Serious side effects in seniors are being hidden

As explained by Demasi, the July 2021 findings came from a surveillance system called Rapid Cycle Analysis (RCA), which provides “near real-time” monitoring of 14 “adverse events of special interest.” Like VAERS and other surveillance tools, the RCA cannot establish causality, but unlike the others, its strength lies in detecting potential safety signals more rapidly.

The FDA is also hiding other studies. Buried inside yet another study protocol, the FDA discusses findings from “a cohort study of the third dose safety in the Medicare population where historical controls were used.” In that Medicare study, the FDA found:

Why were those results buried in a study protocol and never published or announced to the public?

Fraiman is particularly concerned as his team recently reanalyzed data from the Pfizer and Moderna Phase 3 trials, finding results that match those that the FDA are now hiding.

Fraiman’s analysis stressed that this level of risk for a post-injection event was significantly greater than the risk reduction for COVID-19-related hospitalization found in both trials, which was only 2.3 per 10,000 participants in the Pfizer trial and 6.4 per 10,000 in the Moderna trial.

In short, the shots are far more likely to land you in the hospital than COVID-19 itself. For every 800 jab recipients, one person will suffer a serious injury. Meanwhile, some 5,000 must get the Pfizer jab to prevent a single COVID-19 hospitalization.

In addition to hiding data, the CDC has also lied about trial results. As noted in an Oct. 31, 2022, tweet from Rep. Thomas Massie:

A day earlier The Ethical Skeptic posted the second installment of his “Houston, the CDC Has a Problem” series, in which he details how the CDC is systematically manipulating the data to hide signs of COVID-19 jab dangers.

Using data from the CDC’s MMWR, he shows how the CDC hides and deletes excess jab-related deaths, particularly in categories like cancer, cardiac deaths and strokes. In June 2022, the CDC temporarily paused its MMWR reporting to perform a “system upgrade.” That lasted two months.

When it came back online, large numbers of deaths jab-related categories had been moved, either into the COVID-19 death category or a “holding” category for undetermined deaths, thereby making it appear as though deaths from cancer, heart attacks and strokes are far lower than they are.

This gaming of the algorithm appears to have been automated as of that system update.

Here’s an excerpt from Part 2, in which The Ethical Skeptic summarizes his findings:

“The principal concerns with regard to the US Centers for Disease Control and Prevention ‘Weekly Provisional Counts of Deaths by State and Select Causes’ and ‘Wonder: Provisional Mortality Statistics’ are that the reports have begun to exhibit two primary apparent goals on the part of the CDC and its agency: concealing excess deaths potentially caused by the mRNA vaccines and attempting to make mRNA vaccines falsely appear as uber-effective in saving lives.”

The CDC is using Multiple Cause of Death categorical gaming, and is creating novel death counts, in order to counterfeit an appearance that the unvaccinated are dying at a rate 12 times that of the vaccinated.”

Marjorie Taylor Greene, House representative for Georgia’s 14th Congressional district, recently introduced HR 7308, the Justice for Vaccine Victims Act of 2022, which would require an investigation into COVID-19 jab injuries reported to VAERS to be completed within three months of the bill’s enactment.

The bill would also remove liability protections “that apply to the administration or use of certain medical countermeasures (e.g., vaccines) during the public health emergency.”

Last but not least, on Nov. 1 Judicial Watch announced it is suing the U.S. Department of Health and Human Services for all of its safety studies relating to vaccines and gene therapies to treat or prevent COVID-19.

All in all, it seems the wheels are coming off the COVID-19 jab bus. Sparks are already flying. The FDA and CDC could have saved themselves by coming clean a few months into the COVID-19 jab scam. At this point, there’s no way to save face, let alone anyone’s career. Both agencies are doomed, as are their leadership.

2 thoughts on “What the FDA and CDC Are Still Hiding”