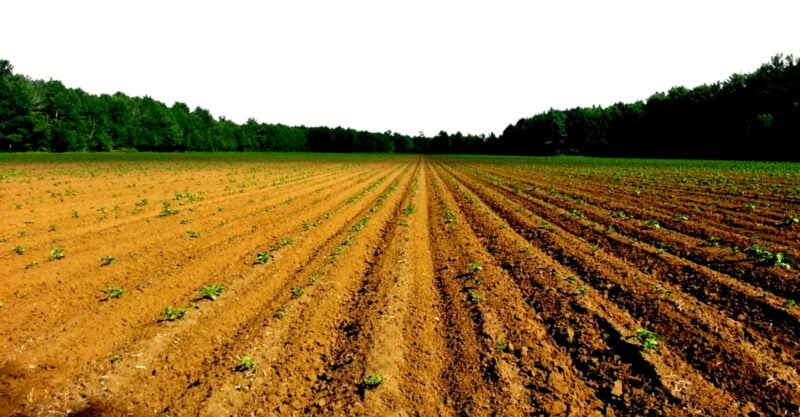 Corporations are exploiting the climate crisis to push costly, unproven and often dangerous technological fixes, but the real source of the crisis is really a symptom of the broader ecological crisis being perpetuated by an extractivist and profit-driven system.

Time is critically running out for climate action. In a year when oil and gas companies will have hit historic record-high profits, with the sector set to close out the year at $4 trillion, and unprecedented flooding in Pakistan, Puerto Rico and Nigeria, the world is no closer to reducing climate emissions or remedying ecological destruction.

Many have now even begun to question the point of the yearly Conference of the Parties meetings, as according to the United Nations Environment Programme, even if current climate pledges are met in full, we would still see global heat rise above the 2.5 degrees Celsius (36.5 degrees Fahrenheit) threshold, leading us into further unprecedented climate chaos.

The climate emergency we are facing is part of several interlocking crises involving our health, our soils, ecosystems, our society and the biodiversity on the planet. It is a symptom of the broader ecological crisis being perpetuated by an extractivist and profit-driven system.

The way we produce, consume, distribute food has a huge impact on the health of the planet, and hence climate.

Industrial agriculture and globalization have been one of the main reasons the Earth’s cycles have ruptured. Due to land use change, agrochemical pollution, monocultures, genetic ecocide, plastic contamination, fossil fuel use, long-distance transportation it is now one of the largest causes of planetary destruction.

It has caused ecocide and biodiversity loss, soil desertification, erosion and contamination. It has caused mass water pollution all throughout the water cycle, greenhouse gas emissions and a rupture or imbalance of the nitrogen, water, methane and carbon cycle.

The dangers of reductionist narratives

In another year of climate in-action, we are actually seeing a rallying behind the false solutions that just maintain business-as-usual, or even work to consolidate industrial models. Corporations are now interested in using the necessary urgency for climate policy to their advantage with a series of false, greenwashed solutions.

The solutions proposed in response to the imminent climate crisis are costly, unproven and often dangerous technological fixes that are geared toward replacing the very natural processes they have been destroying.

They constitute an imposition of technological innovations such as artificially grown lab food, gene editing, carbon capture, carbon credits and the financialization of nature.

In order to erase the last remaining small farmers, corporate-sponsored narratives are now pushing for the reduction of complex ecological collapse into dualistic narratives around plant versus animal, instead of addressing the larger crisis of how current industrial practices are destroying Earth’s ecosystems.

In these false dichotomies animals are now being blamed, instead of industrial systems as a whole, for the food system’s impact on climate.

The integral, complex and interconnected husbandry of animals in many traditional cultures around the world is now being lumped in with industrial animal production, effectively erasing the importance of these traditional food and cultivation cultures.

In these false climate narratives, animals have also been reduced to mere products for protein, that can simply be replaced by more efficient technologies such as lab-engineered products.

This reduction effectively ignores the multidimensional and essential roles animals can fill in diverse agroecosystems. It thus completely ignores our relationship with nature and creates a rift separating humans from nature and food from life.

While it is a fact that all industrial production systems, whether for plants or animals, are heavily responsible for ecological collapse, agroecological and small-scale systems are not one and the same.

Instead, these ultra-processed “plant-based” foods rely on dangerous technical innovations such as synthetic biology, CRISPR-Cas9 gene manipulation and new GMOs. These techniques involve reconfiguring the genetic material of an organism to create something entirely new, and not found in nature.

Some companies are also investing in cell-based meat, grown from real animal cells. The result is a whole range of lab-grown fake meats, eggs, cheese and dairy products swarming the market to ultimately replace animal products and alter modern diets.

Nature-based solutions are a broad concept increasingly used by corporations and world leaders to promote a range of carbon-offsetting schemes for climate and biodiversity protection that is firmly grounded in discredited market mechanisms and corporate greenwashing.

It is a concept that seeks to instrumentalize nature, by using the transactional logic of market mechanisms, all while externalizing ecological destruction and perpetuating neocolonial dispossession of indigenous populations, peasants and many other communities through carbon offset projects.

If left unchecked, these tactics will continue to exacerbate the crises by bolstering inequality and corporate power. “Net zero” and “carbon capture” are two solutions advocated by multinationals and billionaires that fall under this umbrella.

In order to push for these false solutions we have seen a reduction of whole ecological collapse to just the issue of carbon emissions. In both international and everyday discourse, carbon emissions are seen as the sole vector for climate change. This allows for the idea of “net zero” to seem like a viable solution.

However, net zero will not lead to real reductions in carbon emissions for several reasons. First, net zero focuses only on emissions flows and as such fails to consider the cumulative nature of carbon.

Second, net zero is based on a lie because offsets do not actually reduce atmospheric concentrations of CO2. CO2 levels will thus continue to rise at an alarming pace if they are not effectively sequestered by the soils and oceans.

In reality, “net zero” is nothing more than an elaborate corporate greenwashing scheme that grants polluting companies the right to expand their activities and continue polluting as usual, as long as they can claim to sequester carbon elsewhere.

This reluctance to address systemic issues is by no means accidental, rather, it is a deliberate attempt by giant multinationals to maintain their control by perpetuating the same power structures that created our current crises, without taking responsibility for the large-scale pollution and environmental degradation they have caused.