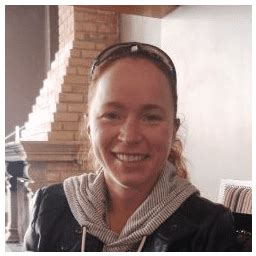 Story at a Glance:

I recently had the pleasure of interviewing Alexandra Latypova, an ex-pharmaceutical industry and biotech executive, who has been investigating and exposing manufacturing and regulatory fraud related to COVID injections.

We talked about the industry standards that were not adhered to during the clinical trials and the manufacturing of those injections, about the vial content quality testing procedures that had not been put in place, about the “hot batches” and their geographical distribution, about signs of fraud at every stage of testing and manufacturing the product, and about the general condition of living in a world run by a mob.

Early on, Alexandra discovered the existence of “hot batches.” She is one of team members behind the famous “How Bad Is My Batch” webpage where people can look up the number of severe adverse events reported to VAERS associated with a COVID injection lot number. Other fearless members of the team are Dr Mike Yeadon, ex-head of Pfizer Respiratory Research, Jessica Rose, statistician, Craig Paardekooper, researcher, and Walter Wagner, lawyer.

In the interview, Alexandra calls the COVID injections products “garbage soup,” both due to the massive non-compliance of the vial content to the specifications (per multiple independently done tests) — as well as due to their non-compliance with Good Manufacturing Practices. Wait, are the manufacturers trolling us? Are telling us that they do not comply (but we must)?!

There are many theories about what’s behind for such wild inconsistency between batches, from manufacturing defects to deliberate toxicity testing — and anything in-between. In her TrialSiteNews article, Alexandra tackles one important angle of the challenge that so many of us had to “explain” when talking to the friends of a more mainstream persuasion:

Like I wrote earlier on my Substack, “remarkably, some analyzed vials were reported to contain left over magnetic beads (magnetic beads are used in production of mRNA). Remember the “crazy” videos of some people developing magnetism in the place of injection? Now we have a new, ‘non-conspiratorial’ explanation for the ‘conspiratorial’ videos! Yay, following the science!”

According to Alexandra, vials of mRNA injections are not routinely tested by the manufacturers for conformity to the label. She notes that “the more they conform to the mRNA specification, the deadlier they seem.”

Alexandra notes that those contracts are very detailed and specify manufacturing data to be delivered to the DOD, however, she not find any descriptions of sampling of the vials for purposes of verification of their contents vs the label. “Furthermore, it is expressly forbidden by the international vaccine supply contracts to perform the vial tests for label conformity.”

In the interview, as well as in this article, Alexandra talks about the evidence of collusion between the manufacturers, the global regulatory agencies, and the US Department of Defense.

As Alexandra notes in her article titled, “Did Pfizer Perform Adequate Safety Testing for its Covid-19 mRNA Vaccine in Preclinical Studies? Evidence of Scientific and Regulatory Fraud,” “both the manufacturer and the regulators behaved in a highly dishonest manner and conspired to push an entirely novel technology and product on millions of people without carrying out a single well designed safety assessment.”

Alexandra’s article is very detailed, and I highly recommend reading it in full. You can also find Alexandra on TrialSiteNews and on her Bitchute channel. To summarize her take on Pfizer, she make the following points:

• Pfizer’s program did not include a comprehensive end-to-end test of all components of the final approved product (the mRNA COVID-19 vaccine). Instead, the studies included in the document package submitted to the FDA employed several variants and analogues of the product, whose comparability to the actual COVID-19 vaccine was not demonstrated or evaluated.

Thus, no comprehensive assessment of product safety can be made on the basis of these studies.

• A key determinant of a drug’s toxicity is its distribution within the body. However, with the mRNA active ingredient of Pfizer’s COVID-19 vaccine, this crucial aspect was never studied!

• Pfizer claimed absence of potential for “vaccine-elicited disease enhancement” based on studies of an animal species that does not get sick from SARS-CoV-2.

• The CDC, the FDA and Pfizer all lied about “vaccine staying at the injection site;” they knew all along that distribution of the vaccine throughout the body had to be expected.

• Pfizer used dishonest and self-serving interpretation of regulatory guidelines to justify the shortcuts it took in routine safety testing.

• Both FDA and Pfizer knew about major toxicities associated with gene-therapy medicines in general, and they therefore cannot claim lack of anticipatory knowledge of these risks with the particular gene therapy medicine that is Pfizer’s COVID-19 vaccine. This points to intentional fraud and collusion between Pfizer and the regulators, who conspired to push this untested dangerous product on the market.