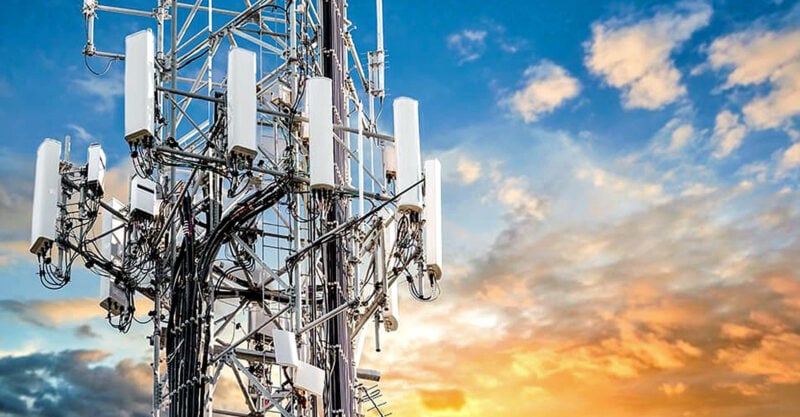 The authors of a peer-reviewed study published Tuesday warned about the risks of exposure to radiation from 5G technology and said their research shows existing exposure limits for wireless radiation are inadequate, outdated and harmful to human health and wildlife.

The authors of a peer-reviewed study published Tuesday warned about the risks of exposure to radiation from 5G technology and said their research shows existing exposure limits for wireless radiation are inadequate, outdated and harmful to human health and wildlife.

The International Commission on the Biological Effects of Electromagnetic Fields (ICBE-EMF) conducted the study, which was published in Environmental Health.

The ICBE-EMF called for an independent assessment of the dangers and impacts of wireless radiation, a campaign to inform the public of the health risks associated with radiation and “an immediate moratorium on further rollout of 5G wireless technologies until safety is demonstrated and not simply assumed.”

In an ICBE-EMF press release, Dr. Lennart Hardell, an oncologist, author of more than 100 papers on non-ionizing radiation and lead author of the study, said:

“Multiple robust human studies of cell phone radiation have found increased risks for brain tumors, and these are supported by clear evidence of carcinogenicity of the same cell types found in animal studies.”

In interviews with The Defender, Hardell and Joel M. Moskowitz, director of the Center for Family and Community Health at the University of California, Berkeley School of Public Health, discussed the study’s findings, the ICBE-EMF’s new initiative to raise awareness of the risks of 5G and explained who is most susceptible to the potentially harmful effects of wireless radiation.

According to Moskowitz, exposure to cellphones and other wireless devices should be limited, especially for pregnant women and children.

Hardell and Moskowitz — both of whom are associated with ICBE-EMF and its study — also blamed regulatory agencies such as the Federal Communications Commission (FCC) and the International Commission on Non-Ionizing Radiation Protection (ICNIRP) for ignoring the risks — despite hundreds of studies indicating the dangers of exposure to wireless radiation — and called for legal action and increased public pressure.

According to the new ICBE-EMF study, the radiofrequency radiation (RFR) exposure limits established in the 1990s by the FCC and the ICNIRP “were based on results from behavioral studies conducted in the 1980s involving 40-60 minute exposures in 5 monkeys and 8 rats” — after which “arbitrary safety factors” were applied “to an apparent threshold specific absorption rate (SAR)” of 4 watts per kilogram.

According to a fact sheet accompanying the study’s release, this means that “no adverse health effects from RFR exposure” were claimed to exist “below the … SAR of 4 watts per kilogram for frequencies ranging from 100 kHz to 6 GHz.”

The paper argues these radiation exposure limits were based “on two major assumptions” — that any biological effects of exposure to wireless radiation “were due to excessive tissue heating and no effects would occur below the putative threshold SAR,” and “twelve assumptions that were not specified by either the FCC or ICNIRP.”

The limits set by the FCC and ICNIRP also ignore “the past 25 years of extensive research on RFR” which, according to the study, “demonstrates that the assumptions underlying the FCC’s and ICNIRP’s exposure limits are invalid and continue to present a public health harm,” and “are based on false suppositions.”

These harms, which have been observed even “below the assumed threshold SAR,” include “non-thermal induction of reactive oxygen species, DNA damage, cardiomyopathy, carcinogenicity, sperm damage, and neurological effects, including electromagnetic hypersensitivity,” plus “increased brain and thyroid cancer risk.”

Despite these documented risks, the study explains that in 2020, the FCC and ICNIRP “reaffirmed the same limits that were established in the 1990s” — limits that “do not adequately protect workers, children, hypersensitive individuals, and the general population from short-term or long-term RFR exposures.”

According to the ICBE-EMF press release, the FCC and ICNIRP “have ignored or inappropriately dismissed hundreds of scientific studies documenting adverse health effects at exposures below the threshold dose claimed by these agencies,” which is “based on science from the 1980s — before cell phones were ubiquitous.”

“The proximity of small cell antennas near where people live and work could pose health problems in addition to wireless radiation exposure from 5G cellphones.”

Hardell said that with 5G technology, “the pulses can be extremely high and also be additive from different [wireless] sources,” adding that “risks are not studied, especially not long-term.”per second) with short lags (or latencies) between transmissions.

Moskowitz said there’s been no real research on the biologic or health effects of 5G, noting that out of 35,000 publications on electromagnetic fields found on the EMF Portal as of Aug. 1, 2022, only 408 pertained to 5G, and only seven were medical or biological studies.

However, even these seven studies are inadequate, Moskowitz wrote:

“A closer look, however, reveals that although these studies employed carrier frequencies used in 5G, none of these studies modulated or pulsed the signal as required by 5G or used other features of 5G technology (e.g., beamforming, massive MIMO, and phased arrays) that are likely to affect the nature and extent of biological or health effects from exposure to this radiation.”

“For more than two decades, FDA officials have ignored the lack of consensus in the scientific community regarding the safety of RFR,” Moskowitz wrote in 2020. “The majority of scientists who study RFR effects now believe that current RFR national and international safety standards are inadequate to protect our health.”

“Since 2002, multiple robust epidemiologic studies of cell phone radiation have found increased risks for brain tumors, which are supported by evidence of carcinogenicity of the same cell types (glial cells and Schwann cells) from animal studies.”

Scientists associated with the newly released paper and the ICBE-EMF called for the deployment of 5G networks to be paused until its potential harms to humans and nature are more thoroughly studied.

Hardell told The Defender that “there should be a moratorium on 5G until studied,” describing this situation as “a sad story by industry, politicians and their affiliated scientists.” “Ignorance and doubt is their product,” he said.