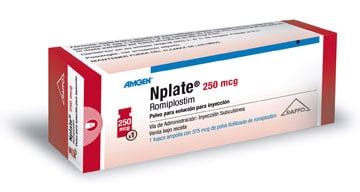 The US has stocked up on radiation sickness drugs just weeks after Vladimir Putin threatened to use nuclear weapons against the West.

Officials said the deal — worth $290million — was ‘part of ongoing work’ and ‘has not been accelerated’ by the Kremlin leader’s escalating rhetoric.

The US Health and Human Services (HHS) – whose motto is to ‘improve the health, safety, and well-being of America – announced the purchase of romiplostim Tuesday.

Sold under the brand name Nplate, it is used to reduce bleeding caused by acute radiation syndrome (ARS), also known as radiation sickness.

Putin issued a chilling warning late last month that he was prepared to use Russia’s nuclear arsenal to protect Ukrainian territory annexed after sham referendums.

But the US Health and Human Services (HHS) said the drug order was ‘part of ongoing work’ and ‘has not been accelerated’ by Putin’s warning.

However, the timing will likely raise questions given that this is the first time the US Government has bought Nplate.

It is unclear how many doses the order covers, but the drug normally fetches between $1,000 and $2,500 per dose.

What is radiation sickness?

ARS, known commonly as radiation sickness, is an illness that can happen when a person is exposed to high levels of radiation, typically over a short time period.

The initial symptoms of ARS include nausea, vomiting, headache, and diarrhea.

But the way in which radiation affects our bodies is not fully understood.

Symptoms can start within minutes to days after the exposure, can last for minutes up to several days, and may come and go.

After the initial symptoms, a person usually looks and feels healthy for a period of time, but will likely suffer further symptoms at varying degrees of severity, depending on the dose.

These symptoms include loss of appetite, fatigue, fever, nausea, vomiting, diarrhea, and possibly even seizures and coma.

This seriously ill stage may last from a few hours up to several months.

Absorbing high doses of radiation can also dramatically increase the likelihood of developing cancers and other chronic illnesses years down the line.

Besides the two workers who were killed instantly in the initial explosion at Chernobyl in 1986, a total of 134 plant staff and emergency workers experienced ARS in the days following the accident, of which 28 died.

Radiation sickness occurs when a person’s whole body is exposed to a high dose of penetrating radiation, which reaches internal organs in seconds.

It can leave people with low platelet counts, causing impaired blood clotting and leading to ‘uncontrolled and life-threatening bleeding’.

Nplate – made by California pharmaceutical company Amgen – stems bleeding by stimulating the body’s production of platelets, and can be used in both adults and children.

It can also be used to treat patients with immune thrombocytopenia, a blood condition causing low platelet counts.

The HHS said the buying of the drug was due to its ‘long-standing, ongoing efforts to be better prepared to save lives following radiological and nuclear emergencies’ and not a response to Russia’s president.

‘This is part of our ongoing work for preparedness and radiological security. It has not been accelerated by the situation in Ukraine,’ it added in a statement.

The US has kept a supply of Leukine, another drug which treats ARS, since 2013, in case of a nuclear event.

As well as Leukine and Nplate, two other drugs are approved by the US Food and Drug Administration to treat acute radiation exposure – Amgen’s Neupogen and Neulasta.

Nplate is approved for use in Europe and the UK to treat immune thrombocytopenia, but not injuries resulting from radiation exposure.