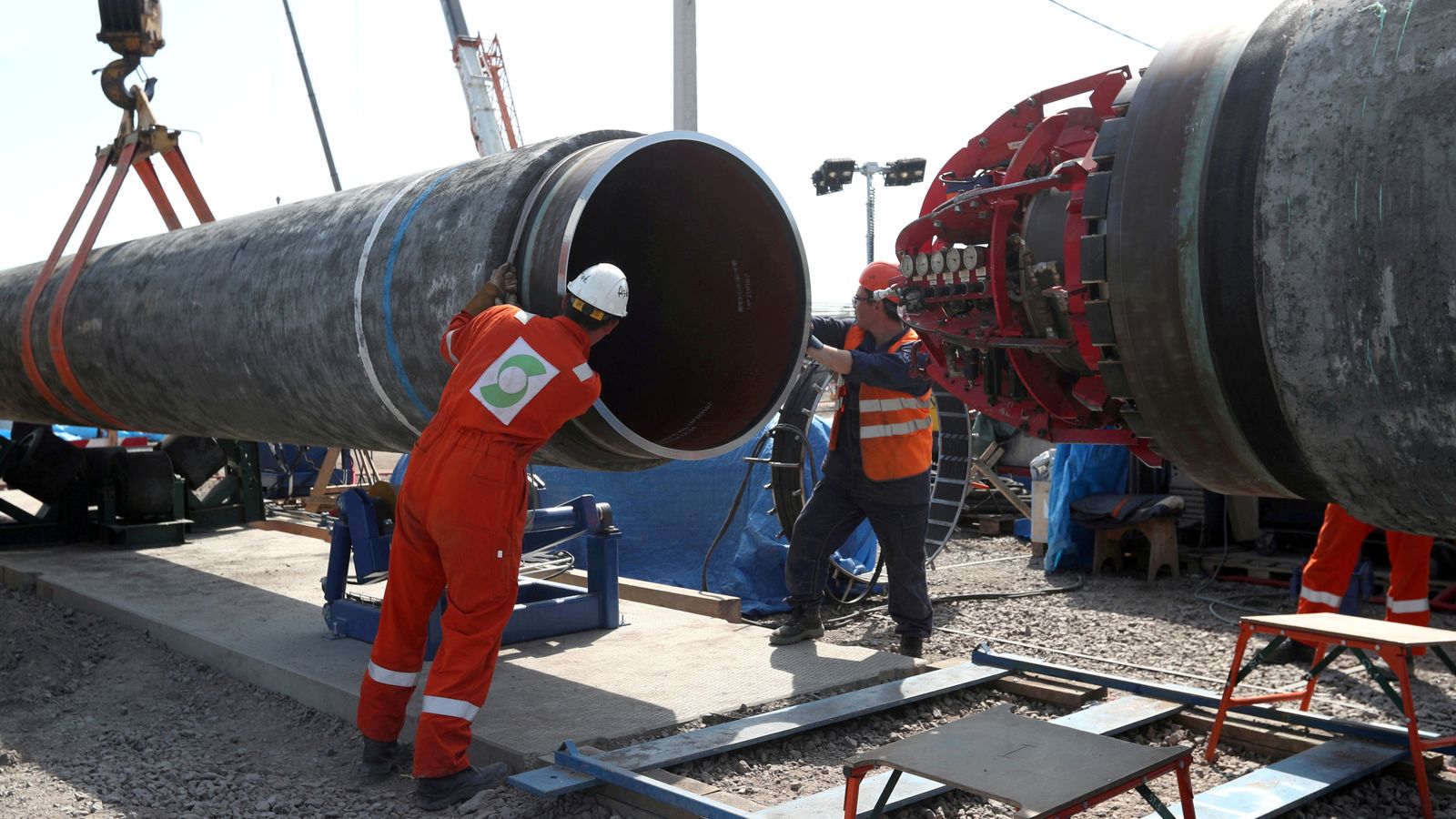 by Pepe Escobar, posted with the author’s permission and widely cross-posted

The Big Picture reveals the collective West in absolute panic, with Atlanticist “elites” willing to resort to anything – outrageous lies, assassinations, terrorism, sabotage, all out financial war, support to neo-Nazis – to prevent their descent into a geopolitical and geoeconomic abyss…”

This episode of Hybrid Industrial/Commercial War, in the form of a terror attack against energy infrastructure in international waters signals the absolute collapse of international law, drowned by a “our way or the highway”, “rules-based”, order.

The attack on both pipelines consisted of multiple explosive charges detonated in separate branches close to the Danish island of Bornholm, but in international waters.

That was a sophisticated operation, carried out in stealth in the shallow depth of the Danish straits. That would in principle rule out submarines (ships entering the Baltic are limited to a draught of 15 meters). As for prospective “invisible” vessels, these could only loiter around with permission from Copenhagen – as the waters around Borholm are crammed with sensors, reflecting fear of incursion by Russian submarines. (!)

Drunk on their own hubris, the Americans got too smart by half. The sabotage of the pipelines will open the eyes of many around the world about the honor and goodness of the indispensable nation. The US actions make its allies look like the imbeciles or pathetic whores they are.

Swedish seismologists registered two underwater explosions on Monday – one of them estimated at 100 kg of TNT. Yet as much as 700 kg may have been used to blow up three separate pipeline nodes. Such amount could not have possibly been delivered in just one trip by underwater drones currently available in neighboring nations.

The pressure on the pipelines dropped exponentially. The pipes are now filled with seawater.

The pipes on both NS and NS2 can be repaired, of course, but hardly before the arrival of General Winter. The question is whether Gazprom – already focused on several hefty Eurasian customers –  would bother, especially considering that Gazprom vessels could be exposed to a possible NATO naval attack in the Baltic.

German officials are already spinning that NS and NS2 can “potentially” be out of commission “forever”. The EU economy and EU citizens badly needed that gas supply. Yet the EUrocracy in Brussels – which rules over nation-states – would not follow, because they have been dictated themselves by the Empire of Chaos, Lies and Plunder. A case can be made that this Euro-oligarchy should one day be tried for treason.

As it stands, a strategic irreversibility is already self-evident; the population of several EU nations will pay a tremendous price and suffer serious consequences derived from this attack, short, medium and long term.

It gets curiouser and curiouser when we know that simultaneously to the sabotage the Baltic Pipe from Norway to Poland was partially opened, a “new gas supply corridor” servicing “the Danish and Polish markets”: actually a minor affair, considering months ago their sponsors were in trouble finding gas, and now it will be even harder, with much higher costs.

NS2 had already been attacked – in the open – all along its construction. Back in February, Polish ships actively tried to prevent the Fortuna pipe-laying vessel from finishing NS2. The pipes were being laid south of – you guessed it – Bornholm.

NATO for its part has been very active on the underwater drones department. The Americans have access to long distance Norwegian underwater drones which can be modified with other designs. Alternatively, professional navy clearance divers could have been employed in the sabotage – even as tidal currents around Bornholm are a serious matter.

The Big Picture reveals the collective West in absolute panic, with Atlanticist “elites” willing to resort to anything – outrageous lies, assassinations, terrorism, sabotage, all out financial war, support to neo-Nazis – to prevent their descent into a geopolitical and geoeconomic abyss.

Disabling NS and NS2 represents the definitive closure of any possibility of a German-Russia deal on gas supplies, with the added benefit of relegating Germany to the lowly status of absolute US vassal.

So that brings us to the key question of which Western intel apparatus designed the sabotage. Prime candidates are of course CIA and MI6 – with Poland set up as the fall guy and Denmark playing a very dodgy part: it’s impossible that Copenhagen was not at least “briefed” on the intel.

Prescient as ever, as early as in April 2021 Russians were asking questions about the military security of Nord Stream.

The crucial vector is that we may be facing the case of a EU/NATO member involved in an act of sabotage against the number one EU/NATO economy. That’s a casus belli. Outside of the appalling mediocrity and cowardice of the current administration in Berlin, it’s clear that the BND – German intel – as well as the German Navy and informed industrialists sooner or later will do the math.

This was far from an isolated attack. On September 22 there was an attempt against Turkish Stream by Kiev saboteurs. The day before, naval drones with English language IDs were found in Crimea, suspected of being part of the plot. Add to it US helicopters overflying the future sabotage nodes weeks ago; a UK “research” vessel loitering in Danish waters since mid-September; and NATO tweeting about the testing of “new unmanned systems at sea” on the same day of the sabotage.

Show me the (gas) money

The Danish Minister of Defense met urgently with NATO’s Secretary General this Wednesday. After all the explosions happened very close to Denmark’s exclusive economic zone (EEZ). That may be qualified as crude kabuki at best; exactly on the same day, the European Commission (EC), NATO’s de facto political office, advanced its trademark obsession: more sanctions against Russia, including the certified-to-fail cap on oil prices.

Meanwhile, EU energy giants are bound to lose big time with the sabotage.

The roll call includes the German Wintershall Dea AG and PEG/ E.ON; the Dutch N.V. Nederlandse Gasunie; and the French ENGIE. Then there are those which financed NS2: Wintershall Dea again as well as Uniper; Austrian OMV; ENGIE again; and British-Dutch Shell. Wintershall Dea and ENGIE are both co-owners and creditors. Their fuming shareholders will want serious answers from a serious investigation.

It gets worse: there are no holds barred anymore on the Pipeline Terror front. Russia will be on red alert not only for Turk Stream but also Power of Siberia. Same for the Chinese and their maze of pipelines arriving in Xinjiang.

Whatever the methodology and the actors who were in the loop, this is payback – in advance – for the inevitable collective West defeat in Ukraine.