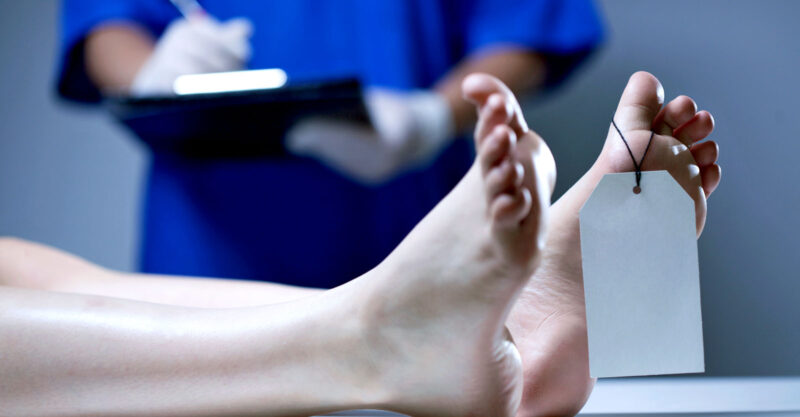 The U.S. Food and Drug Administration (FDA) said it’s barred from releasing the results of autopsies conducted on people who died after getting COVID-19 vaccines, but a drug safety advocate said the agency could release the autopsies with personal information redacted.

The U.S. Food and Drug Administration (FDA) is refusing to release the results of autopsies conducted on people who died after getting COVID-19 vaccines.

The FDA says it is barred from releasing medical files, but a drug safety advocate says that it could release the autopsies with personal information redacted.

The refusal was issued to The Epoch Times, which submitted a Freedom of Information Act for all autopsy reported obtained by the FDA concerning any deaths reported to the Vaccine Adverse Event Reporting System (VAERS) following COVID-19 vaccination.

Reports are lodged with the system when a person experiences an adverse event, or a health issue, after receiving a vaccine.

The FDA and other agencies are tasked with investigating the reports. Authorities request and review medical records to vet the reports, including autopsies.

The FDA declined to release any reports, even redacted copies.

The FDA cited federal law, which enables agencies to withhold information if the agency “reasonably foresees that disclosure would harm an interest protected by an exemption,” with the exemption being “personnel and medical files and similar files the disclosure of which would constitute a clearly unwarranted invasion of personal privacy.”

Federal regulations also bar the release of “personnel, medical and similar files the disclosure of which constitutes a clearly unwarranted invasion of personal privacy.”

The Epoch Times has appealed the denial, in addition to the recent denial of results of data analysis of VAERS reports.

Kim Witczak, a drug safety advocate who advises the FDA as part of the Psychopharmacologic Drugs Advisory Committee, said that the reports could be released with personal information blacked out.

“The personal information could easily be redacted without losing the potential learnings from [the] autopsy,” Witczak told The Epoch Times via email.

“If someone submits their experience to VAERS they want and expect to have it investigated by the FDA. This includes autopsy reports,” she said.

Autopsies are examinations of deceased persons performed to determine the cause of death.

“Autopsies can be an important part of postmortem analysis and should be done especially with increased deaths following COVID-19 vaccination,” Witczak said.

An FDA spokesperson noted that deaths following COVID-19 vaccination are rare, citing the number of reports made to VAERS.

As of Sept. 14, 16,516 reports of death following COVID-19 vaccination have been reported. Approximately 616 million doses have been administered in the U.S. through September.

The spokesperson declined to say whether the FDA would ever release the autopsy results but pointed to a paper authored by researchers with the FDA and the Centers for Disease Control and Prevention.

Researchers found that reporting rates were lower than the expected all-cause mortality rates.

“Trends in reporting rates reflected known trends in background mortality rates. These findings do not suggest an association between vaccination and overall increased mortality,” the researchers wrote.

The researchers noted that prior studies have found that adverse events reported to VAERS are an undercount of the true number of events.