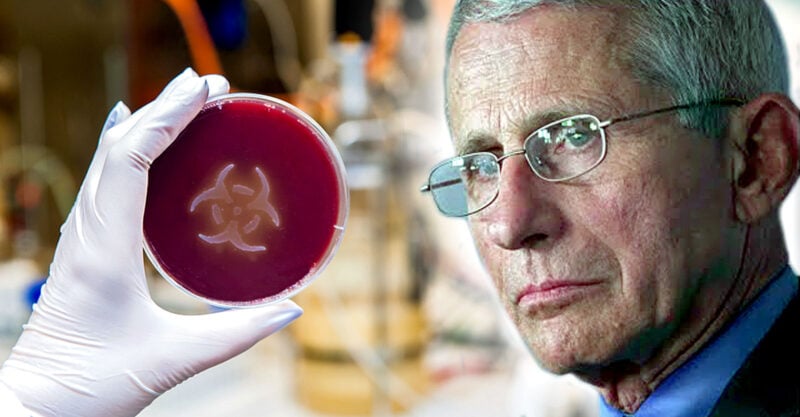 Dick Cheney, as vice president, was responsible for putting all biodefense research under the auspices of Dr. Anthony Fauci and the National Institute of Allergy and Infectious Diseases, making Fauci the sole decision-maker on biodefence and scientific research.

As reviewed in “Why Government Health Care Kills More People Than It Helps,” the Centers for Disease Control and Prevention (CDC) couldn’t have botched its COVID-19 response any more if it tried.

On Aug. 17, CDC director Dr. Rochelle Walensky even publicly admitted the agency’s failures, stating, “we are responsible for some pretty dramatic, pretty public mistakes from testing, to data, to communications.”

To save face, Walensky is reorganizing the agency, but considering the extent to which CDC officials have lied, obfuscated and broken laws intended to protect public health, it is highly unlikely that the CDC will ever be able to recover its credibility.

The CDC is corrupted beyond salvage, and as noted by Brownstone Institute founder and president Jeffrey Tucker, the only way to fix a captured bureaucracy is to get rid of it.

The rise of the American biosecurity state

To understand how and why the CDC has morphed into an agency that works against, instead of for, the public good, we need to take a look at the history of American biodefense. Two journalists have recently dedicated articles to this issue.

In an Aug. 29, Unherd article, Ashley Rindsberg reviewed how Dr. Anthony Fauci rose to power as the highest paid federal employee, sitting at the “very top of America’s biodefense infrastructure,” with near-unlimited authority, at least as it pertains to science; what gets funded and what doesn’t.

According to Rindsberg, the Bush administration “came to power with biological weapons and infectious disease very much top of mind, with Cheney seeking to address the gaping hole in America’s national security left by the country’s lack of a coherent biodefense strategy.”

Biodefense became an even more prominent concern in the aftermath of 9/11, when letters containing anthrax were sent out to members of media and two U.S. senators.

Biodefense for the 21st Century

Just six days before 9/11, Joe Biden, then-chair of the Senate Foreign Relations Committee, had led a hearing on the threat of bioterrorism and the spread of infectious diseases.

Subsequent to that hearing, in June 2002, President Bush signed the “Biodefense for the 21st Century” directive, the aim of which was to advance a “comprehensive framework” for U.S. biodefense, based on the assumption that America could be devastated by a bioweapons attack.

The directive outlined “essential pillars” of the U.S. biodefense program, including threat awareness and vulnerability assessment, prevention and protection, surveillance and detection, response and recovery. The year before, in June 2001, senior policymakers had also performed a two-day tabletop simulation of a smallpox attack called Dark Winter.

In 2002, the Bush administration quintupled biodefense spending to $317 million. That same year, Severe Acute Respiratory Syndrome (SARS), broke out in China, and in 2003, just as SARS was being contained, H5N1 avian influenza emerged.

The back-to-back outbreaks acted as fuel for the erection of a biosecurity state, and in 2003, the Bush administration increased the annual biodefense budget to $2 billion — a staggering sum at the time.

Bush also earmarked another $6 billion for the development and stockpiling of vaccines over the next decade.

But funding was only part of the challenge.

To truly prepare for a bioweapons attack, research had to be conducted and coordinated, and to that end, Cheney brought all biodefense research programs under the purview of a single entity — the National Institute of Allergy and Infectious Diseases, or NIAID, led by Fauci.

So, since 2003, Fauci has been responsible for “civilian biodefense research with a focus on research and early development of medical countermeasures against terrorist threats from infectious diseases and radiation exposures.”

As the head of the biodefense infrastructure, Fauci has, for decades, had an open channel straight into the top office of the White House. He’s also exempt from oversight.

For all these years, he’s had carte blanche to approve and run whatever biodefense research he wanted, without anyone telling him otherwise.

It also explains why he’s the highest-paid employee in the federal government, making more than the president himself.

A significant portion of Fauci’s $417,600 annual salary is compensation for his biodefense research leadership.

As the top dog of biodefense research, it was Fauci’s job to prevent COVID-19 from devastating the U.S.

Instead, in 2017, he confidently announced that then-president Trump would “no doubt” have to face a “surprise infectious disease outbreak,” and then went on to issue a never-ending series of conflicting recommendations as head of the White House Coronavirus Response team.

Fauci also led efforts to suppress discussion about the origin of COVID-19, as detailed in “Liars, Propagandists and The Great Reset.”

The dangers of biodefense research are obvious

For years, a number of critics have warned that biodefense research could result in the very thing we’re trying to avoid, namely an infectious disease outbreak, as even the highest-security laboratories are prone to leaks and accidents.

One such critic is Richard Ebright, a professor of chemistry and chemical biology at Rutgers University.

In 2003, he warned that the burgeoning biodefense endeavor, while well-intentioned, “may perversely have exactly the opposite effect.”

Fauci, ever the defender of risky research (and as we now understand, for selfish reasons), dismissed Ebright’s concerns as “spurious.”

8 thoughts on “The Rise of Fauci and the U.S. Biosecurity State — Who Was Behind It?”