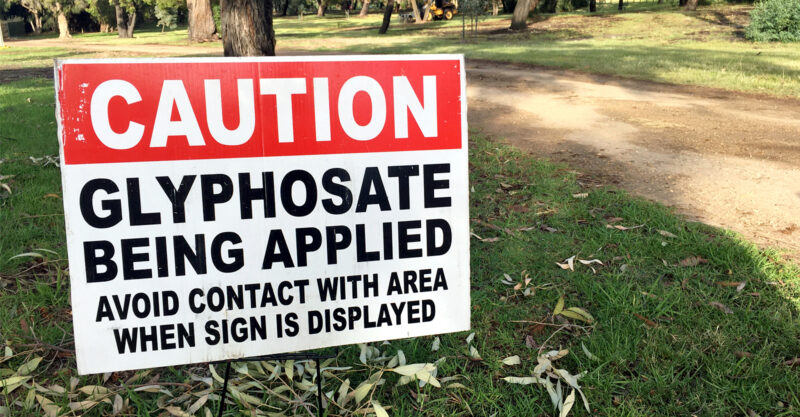 By Shannon Kelleher and Carey Gillam

The U.S. Environmental Protection Agency will withdraw its interim registration review decision for the weedkiller glyphosate, after the 9th U.S. Circuit Court of Appeals issued an opinion saying the EPA had violated the law by ignoring important studies on the chemical’s impact on human health.

U.S. regulators on Sept. 23 said they would withdraw all remaining portions of the interim registration review decision for the weedkiller glyphosate.

The move comes after the 9th U.S. Circuit Court of Appeals issued an opinion saying the U.S. Environmental Protection Agency (EPA) had violated the law in its assessment of glyphosate, which is the world’s most widely used weedkiller and the active ingredient in Roundup and numerous other herbicide products.

The court found that the EPA had ignored important studies in its human health safety assessment of the chemical and had also violated the Endangered Species Act.

The EPA’s withdrawal comes before an Oct. 1 deadline under which the agency was supposed to have completed its assessment.

The EPA had asked the court to extend its deadline but the court denied the request.

In its June 17 opinion, the 9th Circuit said the agency’s 2020 assessment of glyphosate, the active ingredient in the herbicide Roundup, was flawed in many ways.

The EPA applied “inconsistent reasoning” in finding that the chemical does not pose “any reasonable risk to man or the environment,” the panel determined.

The court vacated the human health portion of the EPA’s glyphosate assessment and said the agency needed to apply “further consideration” to evidence. The 9th Circuit also said the agency violated the Endangered Species Act in its assessment.

“EPA’s underlying scientific findings regarding glyphosate, including its finding that glyphosate is not likely to be carcinogenic to humans, remain the same,” the EPA said in a statement announcing its withdrawal of the glyphosate decision.

“In accordance with the court’s decision, the Agency intends to revisit and better explain its evaluation of the carcinogenic potential of glyphosate and to consider whether to do so for other aspects of its human health analysis.”

For the ecological portion of its review, the EPA said it intends to consider what risk mitigation measures may be necessary based on the Endangered Species Act consultation for glyphosate and will prepare an analysis of how the weedkiller affects monarch butterfly habitat.

The EPA said that pesticide products containing glyphosate will not be affected by the withdrawal decision.

Monsanto owner Bayer AG has been seeking to put an end to thousands of lawsuits filed by U.S. Roundup users who developed non-Hodgkin lymphoma and allege their exposure to the weedkiller is to blame for their cancers.

Monsanto introduced glyphosate weedkillers in 1974 and pushed the chemical to such widespread use that it is considered the world’s most widely used herbicide.

Bayer denies there is any cancer connection to glyphosate and Roundup, and has repeatedly cited the EPA’s assurances of glyphosate safety as a key part of its litigation defense.

The company has also said that the backing of the EPA and similar support from other regulators in other countries are more valid than a 2015 assessment by the World Health Organization’s International Agency for Research on Cancer (IARC), which found that glyphosate was “probably” carcinogenic to humans.

The IARC finding was based on a review of years of independent, peer-reviewed, published scientific studies. The reviews by the EPA and other regulators focused more heavily on unpublished and non-peer-reviewed studies submitted to regulators by Monsanto and other companies involved in making and selling the chemical.

Human health advocates have long been frustrated by what they see as the EPA’s flagrant disregard for substantial evidence of cancer risk, seen in human and animal studies.

Internal Monsanto documents, obtained through Roundup litigation discovery and Freedom of Information Act requests, have demonstrated the company deployed multiple strategies to manipulate scientific literature and regulators, including the EPA.

Moreover, the internal corporate documents show Monsanto has long been aware of research showing a connection between the weedkiller and cancer, but has sought to bury such research and/or attack and censor scientists who insist there is evidence of cancer risk.​