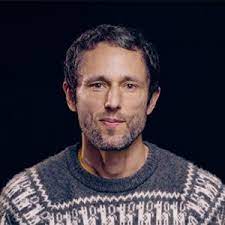 I’m resuming my occasional series discussing the ground conditions that make society susceptible to pandemania. See my last pandemania post if you don’t know what I’m talking about. I’m moved to resume this series because of some conversations I’ve had over the last few days that reminded me of why I am not letting the issue drop.

A man, I’ll call him Kyle, shared a story with me last weekend. He was a nursing home administrator who, without much question because it was necessary to keep his job, got the mRNA injections. Immediately following the second, he had an anaphylactic reaction and was rushed to the emergency room. He barely survived. Subsequently, he had to leave his job because it was requiring all staff to receive booster injections. He shared his experience on social media, but his posts were removed for violating community standards. Months later he looked himself up in VAERS to see if his case had been reported. It hadn’t. Kyle didn’t seem angry at what had happened to him, but his trust in the system will probably never be restored. Others I talked to are not so equanimous. They are furious, and their fury does not diminish when they are told to forgive and forget, with no accountability for the people who enforced Covid policies and no reason to think such a thing won’t happen again.

This fury can easily be channeled onto innocent or superficial targets. The danger that we blithely return to normal as if pandemania never happened is matched by the danger that the fury will be turned into fuel for hatred of each other. Indeed, the most shocking aspect of pandemania was the splitting of society, of churches, clubs, schools, and even families into warring camps. Can we survey the debacle without escaping into superficial explanations and false blame?

I am writing this occasional series to do my small part to prevent Pandemania from happening again. In my view, it is not enough to remove corrupt officials from power or to reform medical, pharmaceutical, and regulatory institutions. My inquiry is: What makes us as a society so vulnerable to their manipulation to begin with? What made us so compliant with Covid insanity, so willing to believe the lies, so ready to acquiesce to degrading, tyrannical, and irrational policies?

The first two conditions were the fixation on enemies, and mob morality and mass formation. On to number three…

As long as the debate around public health policy takes for granted the assumption that its goal is to minimize illness and death, then inevitably, other values will be sacrificed at the altar of safety.

When we debate whether masks or lockdowns actually made any difference in Covid illness or mortality, we tacitly grant the premise that if they did help, then we should do them. We accept risk minimization as the paramount guiding principle of public policy. Accepting that, it follows that we should mask, distance, and lock down forever. Why not—if safety is what we live for?

Does that sound far-fetched? Various health authorities advise it, notably the new chair of a WHO Technical Advisory Group, Susan Michie. Anthony Fauci opined in 2020 that we should never shake hands again. If we make everything about safety, they are probably right.

Actually let me take that back: they are probably wrong. The irony of the pursuit of safety is that it brings temporary success but, quite often, even more danger in the long run. Consider the extreme, in which each person lives in an aseptic bubble. No disease vector can enter, so they are perfectly safe from infection. On the other hand, without challenges their immune system deteriorates, leaving them vulnerable to any normally innocuous germ that gets in. They must maintain constant vigilance. They will never feel truly safe.

Furthermore, even if no germ ever gets in, they will suffer other ailments because beneficial microbiota will not be replenished and modulated through constant interchange with the outside world. Life does not thrive in isolation.

During Covid pandemania, no one lived in an absolute hermetic bubble, but there are nonetheless indications that the reduced transmission of colds and flus did weaken people’s immune systems. Lots of people reported catching “the mother of all colds” after lockdowns were relaxed. Higher rates of mortality post-pandemania might be due not only to vaccine damage, but to the general disruption in immunity and well-being stemming from isolation. In a further irony, it now appears that the shots may not even make people safer from Covid (see here for an entrance to that rabbit-hole).

In short, obsession with safety bears perverse fruit. It is the same with all forms of the security state. Countries with lots of prisons, big armies, and foreign wars tend to suffer high levels of crime, domestic violence, and violence-to-self (suicide).

If we make everything about safety, the public will be easily manipulated by appeals to whatever threat makes them unsafe. To immunize ourselves against that, we have to recognize other values, such as fun, exploration of boundaries, adventure, sociality, touch, laughing together, crying together, breathing together, and dancing together. After all, the goal of life cannot be to one day go to your grave having been as safe as possible.

The mania for safety and the phobia of death are not a sudden, inexplicable madness. They are part of an encompassing state of human beingness that has reached its extreme in modern civilization.

That is why I have long warned the environmental movement away from the rhetoric of “We must change our ways, or we will not survive.” The real solution is to fall back in love with the living world, to see it as a beloved not as a collection of resources, a waste dump, or an engineering project. Then we will not only survive; we will flourish, as one does when they are partnered with their lover.

Environmentalist Charles Eisenstein is the acclaimed author of Sacred Economics

2 thoughts on “Pandemania: The Worship of Safety”