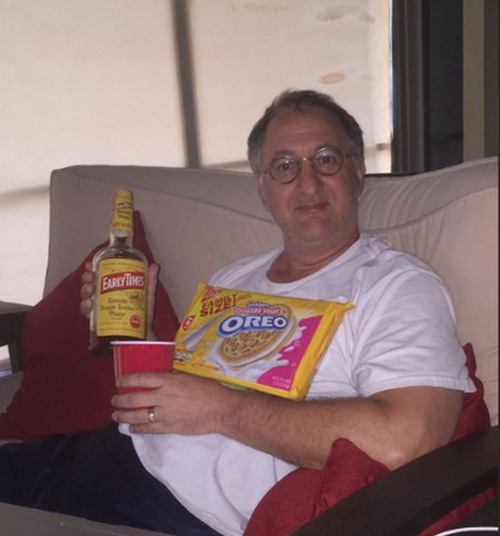 By BlueApples via Zero Hedge

If there were any question as to whether or not the FBI raid on Donald Trump’s Mar-A-Lago residence was rife with corruption, details from the search warrant authorizing it should clear any doubt. Although information is sparse given that the warrant remains under seal, one piece of information that couldn’t be kept confidential sheds new light on the motives behind the raid.

The judge who signed off on the search warrant was Bruce E. Reinhart, United States Magistrate Judge for the Southern District of Florida. Before assuming his office as a federal judge, Reinhart was an attorney who represented associates of Jeffrey Epstein implicated in his human trafficking conspiracy, namely; Sarah Kellen and Nadia Marcinkova.

Kellen worked for Epstein as his scheduler for years and was referenced in deposition testimony given during the defamation case between Virginia Guiffre and Ghislaine Maxwell. Marcinkova was a more prominent member of Epstein’s entourage as she served as one of the pilots of his infamous aircraft dubbed “The Lolita Express.”

Reinhart assumed his role as Kellen and Marcinkova’s attorney once he set up a criminal defense firm after resigning from his post as a senior prosecutor in the Southern District of Florida as it was negotiating a non-prosecution agreement for Epstein. Reinhart would officially begin his legal representation of Epstein’s accomplices within days of leaving his position as a senior prosecutor within the district.

While Reinhart’s association with Epstein hadn’t resurfaced until his was thrust back into the spotlight as the Federal Magistrate who authorized the search warrant for the Mar-A-Lago raid, it was a matter of considerable controversy in the wake of his resignation in 2007. In 2013, the US Attorneys states that “while Bruce E. Reinhart was an assistant U.S. attorney, he learned confidential, non-public information about the Epstein matter.’’ in response to his claims against any impropriety. Reinhart’s rejection of any wrongdoing on his part was made in a 2011 affidavit as part of a civil court case filed by two of Epstein’s victims in 2008 which named Former Secretary of Labor Alexander Acosta along with two other federal prosecutors, one of whom was Reinhart.

Reinhart’s representation of Marcinkova best conveys his ties to the human trafficking enterprise that Epstein and his network assembled. Marcinkova is presently the Founder and CEO of Aviloop. The company’s website states that it harnesses Marcinkova’s experience as a pilot for the consulting firm’s focus on companies based in the aviation industry. Marketing, social media services, and event management are listed among the services which are offered. As is an explicit mission to “help employers diversify their crews.”

While the Aviloop website is rather innocuous, other than the fact that it is operated by an associate of Jeffrey Epstein’s, its YouTube Channel portrays a different image. The YouTube channel is sparse, containing only 4 videos, each of which were posted 8 years ago from the date of this article and only has 34 subscribers. Yet, the content of the videos is suspicious even with the low volume made available. Each video is a brief, 40 second or so monologue from a young woman dressed in a suggestive, pilot-themed outfit. Their sultry voices attempt to entice potential customers into a membership with Aviloop whether they are looking for deals on pilot training courses, aviation services or simply want to “see more girls like me.” Oddly enough, memberships with Aviloop are completely free according to the promotional video.

The automated voicemail for Aviatri states that callers have reached actually reached Aviloop. Delineating between the 2 businesses is difficult as Aviatri does not appear to be incorporated with the New York Department of State’s Division of Corporations like Aviloop is. Aviatri extends the mission of Aviloop to aspiring female pilots directly by acting as a recruiting agency for them. The agency’s website states that it offers online courses, flight training, and financing to aspiring female pilots.
[…]

What is known about Marcinkova is how deeply enmeshed she was with Jeffrey Epstein, Ghislaine Maxwell, and the crimes they committed. Consequently, Reinhart was likely well-aware of those crimes given his representation of Marcinkova and Kellen on top of his position as a federal prosecutor in the district which tendered Epstein with a non-prosecution agreement.