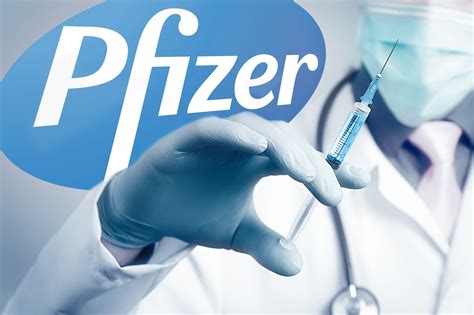 As the U.S. Food and Drug Administration continues to release Pfizer’s clinical trial documentation,1 we’re finding more and more evidence that very little has been done on the up-and-up, and the COVID jab trials may be among the most fraudulent in medical history.

Can All Serious Adverse Effects Be Written Off?

Importantly, Pfizer classified almost all severe adverse events that occurred during its Phase 3 trials as unrelated to the injection. As reported by The Defender, June 21, 2022:2

“The latest release by the U.S. Food and Drug Administration (FDA) of Pfizer-BioNTech COVID-19 vaccine documents reveals numerous instances of participants who sustained severe adverse events during Phase 3 trials. Some of these participants withdrew from the trials, some were dropped and some died.

The 80,000-page document cache includes an extensive set of Case Report Forms (CRFs) from Pfizer Phase 3 trials conducted at various locations in the U.S., in addition to other documentation pertaining to participants in Pfizer-BioNTech vaccine trials in the U.S. and worldwide …

The CRFs included in this month’s documents contain often vague explanations of the specific symptoms experienced by the trial participants. They also reveal a trend of classifying almost all adverse events — and in particular severe adverse events (SAEs) — as being ‘not related’ to the vaccine.”

A 2,566-page document4 catalogues the serious adverse events and six deaths that occurred during the trial. These events were all classified as “toxicity level 4,” which is the most serious, yet none of them were deemed related to the injection.

This simply isn’t believable. It’s completely unrealistic, especially when serious events occur in multiple participants. A handful of examples of Level 4 adverse events listed in this document — all of which were written off as “not related” to the mRNA injection — include:5

The six deaths reported were listed as being caused by arteriosclerosis, cardiac arrest, hemorrhagic stroke and myocardial infarction.6 Many participants also dropped out or were excluded from the trial due to serious side effects involving the heart, cardiovascular system, cancer, stroke, hemorrhage and neurological impacts.

Most Level 3 adverse events were also dismissed as unrelated to the shot. As reported by The Defender, only a “small number” were listed as being related to the injection. Examples of Level 3 side effects include:7

45% Experienced One or More Adverse Events

Another document8 that raises suspicions of bias is one admitting that “40% to 45% of participants who received BNT162b1 and BNT162b2 across age groups and across dose levels reported one or more AEs [adverse events] from Dose 1 through 28 days (i.e., 1 month) after Dose 2.”

BNT162b2 was the candidate injection that went on to receive Emergency Use Authorization (EUA) from the FDA. Among those who got the highest dose (30 micrograms) of BNT162b2, 50% of younger participants 25% in the older age group reported one or more adverse events.

The most common adverse events were nervous system disorders, followed by musculoskeletal and connective tissue disorders. Yet despite high rates of side effects across dose levels, this document also insists that “most AEs were considered by the investigator as not related to study intervention.”

During the open-label period of the study, 12,006 participants were followed for a minimum of six months, and among those, 28.8% reported at least one adverse event at some point during that follow-up, and 2.1% reported one or more severe adverse events.

As reported by The Defender :9

“The review provides data for participants from dose 3 … to the data cutoff date. The severe adverse event incidence rate (IR) was 6.0 per 100 PY (patient-years), with specific conditions reported including pulmonary embolisms, thrombosis, urticaria, a cerebrovascular accident and COVID-19 pneumonia.

Here, the review adds that the IR for original placebo participants who had at least 1 life-threatening AE from Dose 3 to the data cutoff date was 0.5 per 100 PY.

Only one such life-threatening event, an instance of anaphylactoid reaction, was considered to be related to the vaccination. Other life-threatening, serious adverse events included cardio-respiratory arrest, gastrointestinal necrosis, deep vein thrombosis and pulmonary embolism …

Notably, according to the review, ‘all … events of facial paralysis were considered by the investigator as related to study intervention.” [Editor’s note: these specifically refer to events that occurred during the open-label follow-up period when BNT162b2 Dose 3 or Dose 4 was offered to both placebo and initial treatment groups.]