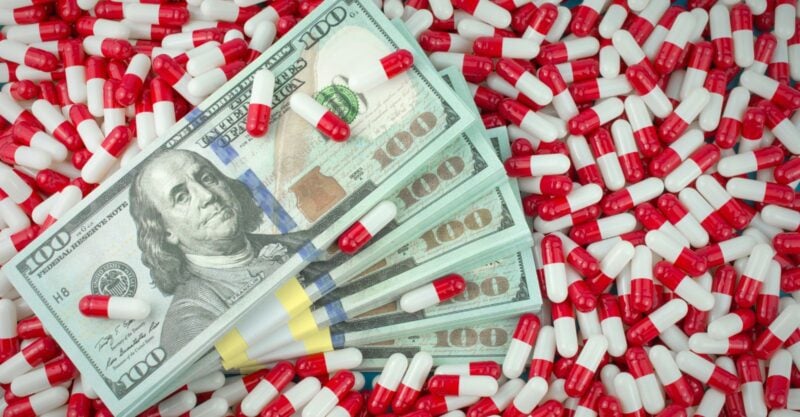 Over the past decades, regulatory agencies have seen large proportions of their budgets funded by the industry they are sworn to regulate, according to an investigative report published Thursday by The British Journal of Medicine.

Over the past decades, regulatory agencies have seen large proportions of their budgets funded by the industry they are sworn to regulate, according to an investigative report published Thursday by The BMJ.

The report examines whether drug regulators in six countries, including the U.S., “have sufficient independence from the companies they are meant to regulate.”

Investigative journalist Maryanne Demasi found significant conflicts of interest have developed between drugmakers and the agencies charged with drug regulation, resulting in a negative impact on the quality of pharmaceutical products that reach the public.

The issue of conflicts of interest between pharmaceutical regulators and “Big Pharma” is not new. Demasi referred to a 2005 example from the U.K., where the House of Commons health committee investigated the drug industry’s influence on health policy, including the Medicines and Healthcare Products Regulatory Agency (MHRA), the U.K. equivalent of the U.S. Food and Drug Administration.

The committee expressed concern that pharma’s funding of the MHRA and similar agencies could lead them to “lose sight of the need to protect and promote public health above all else as it seeks to win fee income from the companies.”

Demasi based her conclusion on interviews with regulators in Australia, Canada, Europe, Japan, the U.K. and the U.S.

She asked them about their funding, the level of transparency in their decision-making and data and their drug approval processes.

According to Demasi, her findings broadly indicate, “industry money permeates the globe’s leading regulators, raising questions about their independence, especially in the wake of a string of drug and device scandals.”

Demasi said “industry money saturates the globe’s leading regulators,” with the majority of their budgets — “particularly the portion focused on drugs” — coming from the pharmaceutical industry.

For instance, the FDA, despite being the most highly funded of the six regulatory authorities studied, receives 65% of its funding for drug evaluation from industry user fees.

In 1995, the European Medicines Agency (EMA) received just 20% of its funding from industry fees. Today, that figure is 89%.

At the high end, 96% of Australia’s regulatory budget comes from industry monies, while even the regulatory authority with the smallest percentage of the six — Canada (50.5%) — still receives the majority of its funding from pharma companies.

Australia’s regulatory authority, during the 2020-2021 time period, approved more than 90% of drug applications.

Demasi references several academic studies which, over a span of several decades, “have raised questions about the influence funding has on regulatory decisions,” especially in the context of a series of “drug and device scandals,” involving “opioids, Alzheimer’s drugs, influenza antivirals, pelvic mesh, joint prostheses, breast and contraceptive implants, cardiac stents, and pacemakers.”

Focusing on the U.S., Demasi cited the example of a 1992 law, the Prescription Drug User Fee Act (PDUFA), passed in the aftermath of the AIDS crisis.

The legislation permitted the pharmaceutical industry to directly fund the FDA through “user fees,” which were “intended to support the cost of swiftly reviewing drug applications” via the funding of “additional staff to help speed the approval of new treatments.”

What in fact happened, according to Demasi, is that “the FDA moved from a fully taxpayer-funded entity to one supplemented by industry money.”

This has contributed to “a decline in evidentiary standards, ultimately harming patients,” due to practices such as the creation of “PDUFA dates” — referring to deadlines for the review of applications by the FDA, as well as “a host of ‘expedited pathways’ for speeding drugs to market” —- a practice Demasi describes as having become “a global norm.”

The BMJ article quotes Donald Light, a sociologist based at Rowan University in New Jersey, who has extensively studied drug regulation. He told BMJ:

“Like the FDA, the [Therapeutic Goods Administration (TGA) was founded to be an independent institute.

“However, being largely funded by fees from the companies whose products it is charged to evaluate is a fundamental conflict of interest and a prime example of institutional corruption.

“It’s the opposite of having a trustworthy organisation independently and rigorously assessing medicines. They’re not rigorous, they’re not independent, they are selective, and they withhold data.”

Light said doctors and patients “must appreciate how deeply and extensively drug regulators can’t be trusted so long as they are captured by industry funding.”

All six regulators offered an expedited process for the approval of new medicines. Accelerated approval processes have, according to Demasi, “resulted in new drugs which were more likely to be withdrawn for safety reasons, more likely to carry a subsequent black box warning, and more likely to have one or more dosage forms voluntarily discontinued by the manufacturer.”

This is partly due to the lower burden of proof required for accelerated approvals.

The BMJ article quotes Aaron Kesselheim, professor of medicine at Brigham and Women’s Hospital and Harvard Medical School, who, along with two others, resigned from an FDA advisory committee in 2021, in protest over the FDA’s approval of Aduhelm, a controversial Alzheimer’s drug.

“The accelerated approval pathway explicitly changes the underlying efficacy ‘standard’ in that it allows approval based on changes to a surrogate measure that is not well-validated, and is only reasonably likely to predict clinical benefit.”

In June 2021, NPR reported that Aduhelm was approved by the FDA “against the wishes of nearly every member on the [advisory] panel,” leading Kesselheim to tweet “Accelerated Approval is not supposed to be the backup that you use when your clinical trial data are not good enough for regular approval.”