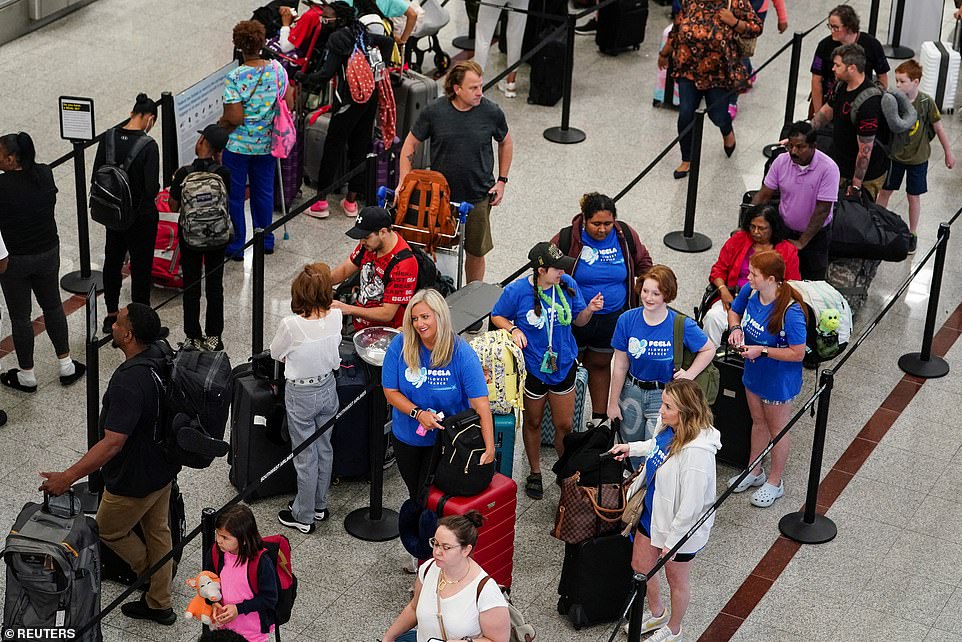 As Americans prepare for a patriotic Fourth of July weekend, they can expect airline delays and cancelations; critics blame the pilot shortage on vaccine mandates as travel chaos continues for the second week in a row. More than 500 flights have already been canceled and more than 2,000 delayed in the U.S. on Wednesday, with New Jersey‘s Newark Liberty topping the American list with 45 flights canceled.

A total of 1,800 flights have been canceled so far this week in the U.S., according to The Hill, and between June 16 and 20, there were more than 5,300 flights canceled, according to CBS News.

Pilots have also slammed airlines for creating a chaotic travel season due to COVID vaccine mandates. One Southwest pilot said during a protest — which saw 1,300 Southwest employees picketing outside of Dallas Love Field Airport earlier this month — that he thought the mandate was the main cause.

“I believe it’s because of the COVID vaccines — they’re still requiring the vaccination for all new applicants and if the new applicants say they’re not going to get vaccinated, their application is passed over,” Pilot Tom Bogart told News Nation.