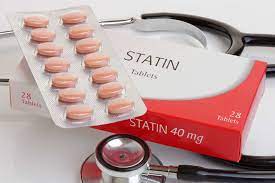 According to a 2020 report from the U.S. Department of Health and Human Services,1 34.1 million U.S. adults had diagnosed or undiagnosed diabetes in 2018. There were slightly more men than women, and more white, non-Hispanic people with diabetes than Black, Asian or Hispanic people combined.

Just two years later, these numbers have gone up, according to the Centers for Disease Control and Prevention,2 with 37.3 million people having diagnosed and undiagnosed diabetes. A total of 96 million over the age of 18 have prediabetes, which is 38% of the U.S. adult population.

These numbers demonstrate that diabetes is already at epidemic proportions in the U.S. A study published in the British Journal of Clinical Pharmacology3 found that adults taking statin medications to control cholesterol levels have a higher risk of developing insulin resistance and Type 2 diabetes than the general population. However, researchers have repeatedly failed to find evidence that high cholesterol is a risk factor for cardiovascular disease.

As I have discussed in many previous articles, three factors have a far greater influence on your cardiovascular disease risk and, to some degree, are interrelated. These are insulin resistance,4 chronic inflammation5 and high iron levels.6 Unfortunately, these primary contributors are rarely the focus of cardiovascular disease prevention and treatment in conventional medicine.

Instead, statins, also called cholesterol-lowering drugs, are the go-to defense in Western medicine, which led to the drug once holding the infamous title of the most profitable drug. Dr. Malcolm Kendrick7 is a general practitioner in Cheshire, England, and the author of three books, including “A Statin Nation: Damaging Millions in a Brave New Post-Health World.” He estimates that the pharmaceutical industry has grossed more than $1 trillion from statins.

Statins Increase Risk of Diabetes by 38%

A team at Erasmus University Medical Center in The Netherlands published the study found in the British Journal of Clinical Pharmacology.8 The researchers wrote that several epidemiological studies had shown an association between statins and diabetes, but this team sought to analyze the associated glycemic traits with Type 2 diabetes.

They included 9,535 people in the Rotterdam Study who did not have diabetes at the start of the study. They followed the participants for 15 years and found those who used statin medications had a higher concentration of serum fasting insulin and insulin resistance as compared to those who had never used a statin.

This was associated with a 38% increased risk of developing Type 2 diabetes. The researchers concluded, “Individuals using statins may be at higher risk for hyperglycemia, insulin resistance and, eventually, Type 2 diabetes. Rigorous preventive strategies such as glucose control and weight reduction in patients when initiating statin therapy might help minimize the risk of diabetes.”

Unfortunately, the mechanism by which statins trigger Type 2 diabetes has not been fully identified and may not be related to obesity. Scientists have also identified a health condition called metabolically obese but normal weight (MONW),9 which is a subgroup of the population that has impaired insulin sensitivity and a higher risk of diabetes while being normal weight.

In this condition, the patient would appear to have a normal weight but have impaired insulin sensitivity, so weight reduction would not be an effective means of reducing the risk of Type 2 diabetes. Recent research has also found the same results — individuals taking statin medications have a higher risk of developing Type 2 diabetes.

Scientists have proposed multiple reasons10 for the increased risk of diabetes in those taking statins, including impaired insulin sensitivity and reduced secretion of insulin from pancreatic beta cells. One paper published in the International Journal of Molecular Science11 in 2020, reviewed the mechanisms by which statins appear to increase the risk. These included the impact on epigenetics through differential expression of microRNAs.

Another study12 published in the same year investigated the role of epigenetics by comparing DNA methylation in patients using statins against those who did not. They gathered evidence from five cohort studies that included 8,270 participants and found evidence that DNA methylation contributed to the effect that statin medications had on insulin traits.

A third retrospective cohort study13 looked at the results from 13,698 patients that were evenly split between statin users and non-statin users. Participants did not have atherosclerotic cardiovascular disease or diabetes in 2005 when the study began. The group was followed until 2013 and evaluated for the risk of Type 2 diabetes.

The results revealed that statin users had a significantly greater risk of new-onset Type 2 diabetes than non-users. The researchers separated the risk by statin medication and found that five-year use was associated with a higher risk for those taking simvastatin (Zocor), followed closely by atorvastatin (Lipitor).14