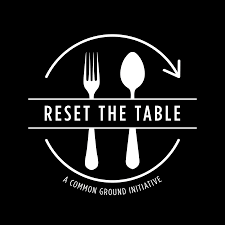 It seems nothing escapes the prophetic minds of the self-proclaimed designers of the future. They accurately foresee “natural disasters” and foretell coincidental “acts of God.” They know everything before it happens. Perhaps they truly are prophets. Or, perhaps they’re simply describing the inevitable outcomes of their own actions.

Right now, we’re told looming food shortages are primarily the result of climate change and the Russia-Ukraine conflict. Yet, back in July 2020, The Rockefeller Foundation had already predicted it, and was calling for a revamp of the food system as a whole to address it.

‘Reset the Table’ Is Part of The Great Reset

The document in question, titled “Reset the Table: Meeting the Moment to Transform the U.S. Food System,”1 published by The Rockefeller Foundation July 28, 2020, describes how the COVID pandemic had caused “a hunger and nutrition crisis” in the U.S. “unlike any this country has seen in generations.”

Mind you, COVID was declared a pandemic March 11, 2020, so by the time this Rockefeller report was published, the pandemic had only existed for four months, and while certain high-risk groups did experience food insecurity, such as children whose primary meal is a school lunch, widespread food shortages, in terms of empty shelves, were not widely prevalent or particularly severe in the U.S.

The report also notes that it grew out of “video-conference discussions in May and June 2020,” so we’re to believe that two months into the pandemic, these prophetic minds already had the future all figured out. According to the Foundation, the pandemic revealed deep problems in the U.S. food system that need to be “reset.”

As noted by ThreadsIrish on Substack,2 “Reset the Table” was published just one month after the World Economic Forum (WEF) officially announced its plans for a “Great Reset,” and many of the contributors to the Foundation’s paper are WEF members.

In the foreword,3 Rockefeller Foundation president Dr. Rajiv Shah also stresses that “a comprehensive playbook” to address the food system would also need to address other issues, “such as living wages, housing and transportation,” and that “all of us” — meaning the self-proclaimed designers of the future — “need to write that playbook together over the coming year.”

There are interesting tidbits in this document. For example, on page 3, it states that “94% of deaths from COVID-19 among individuals with an underlying condition, the majority of which are diet-related.” This is surprising, considering diet and nutrition were essentially absent from public discussions and reporting about the infection.

Equally surprising is that, on page 4, the Foundation actually admits its role in creating the problems currently plaguing our food system:

“The Green Revolution — which The Rockefeller Foundation played a role in seeding and scaling — was effective and successful in addressing calorie-based hunger and averting mass starvation. But it left a legacy that we see clearly today, including overemphasis of staple grains at the expense of more nutrient-rich foods, reliance on chemical fertilizers that deplete the soil, and overuse of water.”

How They Intend to Seize Control of the Supply Chain

“Reset the Table” basically describes how they intend to seize control of the food supply and the supply chain under the guise of “equity,” “fairness” and “environmental protection.” One key to this enterprise is data collection. They want to collect data on everyone’s spending and eating habits. Expanding broadband access is part of that.

“Forty-two million Americans lack broadband access that is essential to shifts to online enrollment, online purchasing of food, direct farm-to-consumer purchasing, telemedicine, teleconsultations, as well as education, finance, and employment,” the paper5 notes, adding, “This is a fundamental resiliency and equity gap, and we need to close it, urgently.”

As you can see from these paragraphs alone, they want everything to shift into an online environment, including education, medicine and the buying of food. This, of course, makes everything you do far easier to monitor and track. Another key is to make sure global WEF partners in multiple sectors work in tandem to form a “collaborative advocacy movement.”

What’s Their Definition of ‘Healthy Diet’?

As for the “healthy and protective diets” the Foundation is calling for, we’ve already been told what that is. For the past several years, the WEF has been promoting the idea that we should get used to eating weeds and bugs and drinking reclaimed sewage.

The word ‘organic’ does not appear a single time in the Foundation’s report, and the world ‘natural’ is only used in reference to ‘natural disasters.’ In other words, their versions of ‘healthy diet’ and ‘sustainable agriculture’ do not include any of the basic criteria for a truly healthy, nutritious, sustainable and regenerative food supply.
[…]
Via https://articles.mercola.com/sites/articles/archive/2022/06/29/rockefeller-foundation-reset-the-table.aspx