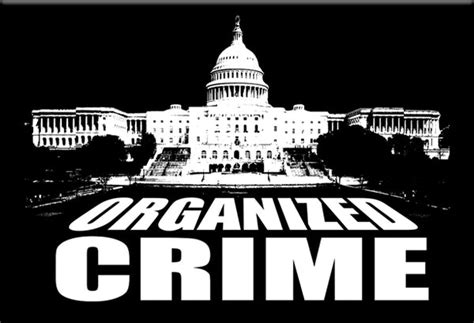 The prices of chickens and eggs are rapidly increasing because the US government is using PCR tests to justify the killing of tens of millions of chickens, geese, turkeys and ducks. The US government and the men who act as if it they owned it prepared the way for today’s misery starting back in 2009 when Dr Yoshihiro Kawaoka at the University of Wisconsin crossed bird flu with Spanish flu.

Dr Kawaoka then crossed his bird flu-Spanish flu mix with 3 of the most contagious human flus available. He successfully allowed bird flu to go from centering in the bird’s beak to its lungs. Today human beings in the US and China have caught bird flu. He was not arrested for waging germ warfare. He was given more than $20 million as a reward from the Bill and Melinda Gates Foundation. Dr Kawaoka is also an expert in Ebola.

Before February 24, 2022, the US had 26 biolabs in the Ukraine near the Russian border. The US had developed a drone which could spread bird flu to migrating birds and to domestic poultry.

Bill Gates is also heavily invested in African Swine flu research. Never know. There might be an outbreak in the US.

Prices are being pushed higher either by design or incompetence at the FDA. The FDA shut down baby formula production because they found bacteria inside the plant that was not in the formula. So today we import baby formula from Europe and Mexico.

There have been more than 95 highly suspicious fires at major food processing centers. This has hurt the supply chain, increased scarcity and raised prices.

The Biden administration has removed millions of acres of oil lease lands from potential production in order to raise the price of oil, diesel and natural gas. They are in the process of making it even harder for oil companies to build new refineries.

They have been working hard on another plan to impoverish the working and middle classes in America: Open Borders. Rents have increased to an average of $2,000 in the US. It is a lot more in areas impacted by immigration. Years ago I lived in an area in California where middle class Whites could afford to live. The rent today for a one bedroom apartment in my old neighborhood is $2,550 a month plus utilities.

NAFTA (North American Free Trade Agreement) went into effect on January 1, 1994. Since then the US lost 80,000 manufacturing plants. There are 3,143 counties in the 50 US states. That is a loss of over 24 manufacturing plants per county. At the time NAFTA was passed there were fewer than 100,000 people in an average American county.

The US government added 67 million people to the population since NAFTA while destroying millions of high paying jobs for working people. The government has encouraged oxycodone, methamphetamine, fentanyl and other illegal drugs to keep impoverished Americans from rebelling at the poverty created for them by the federal government in Washington DC and by the billionaires of Wall Street.

In 1994 the US M2 Money Supply (Cash, checking account deposits, and easily-convertible near money) was $3.474 trillion vs $21.728 trillion today. That is an increase of 625%. And your wholly compromised corporate media is wondering why prices are going up.

The loss of jobs and the increase in rents and taxes has put a terrible squeeze on family budgets. By printing tens of trillions of dollars and using them to buy free stuff from overseas, politicians in Washington pretended to be acting to do good things for their voters. Of course when, not if, the dollar dies, wages will be cut 60% permanently, 100% for those who lose their jobs in the coming Depression.

In the summer of 2001 George W Bush told his allies that he was going to war against Afghanistan. On September 10, 2001 Secretary of Defense Donald Rumsfeld admitted on CBS Evening News that $2.3 trillion had gone “Missing” from the Pentagon. Neither he nor rabbi Dov Zakheim, the Comptroller of the DOD, could find that money. On the morning of September 11, 2001 more than 50 civilian and military auditors who had begun to look for the “Missing Money” were killed.

Also late in the evening of 9-10-2001 a billion dollars (in 2001 prices) of gold and silver bullion was moved out of the COMEX vault in Tower 4 of the Twin Towers. To date no politician and no paid corporate journalist has dared asked questions about who ordered the bullion to be moved and why.

To date no politician and no corporate journalist has asked either the FBI or the DOD for photos of the interior of the Pentagon taken in the aftermath of 911 so the public would know how the auditors were killed.

Dr Mark Skidmore proved from government sources that $21 trillion went missing from the DOD and HUD (Housing and Urban Development) from 1998 to 2015. He told the humorous story of the US Army one day receiving a check for $800 billion from the Treasury Department. They were told to plug the holes in their “Missing Money” accounts. Guess what? The generals lost the $800 billion!!

The US government decided to change Federal Accounting Standards Board (FASB) guidelines so that now if anyone asks how a billion dollars disappeared, the bureaucrat can claim “national Security” and legally refuse to answer.

Why did George W Bush want to go to war against Afghanistan prior to 9-11-2001? It might be because the Afghan conflict flooded America with so much heroin that at one time the average age of a first time heroin user was just 14 years.

3 thoughts on “The US Government Is A Criminal Enterprise”