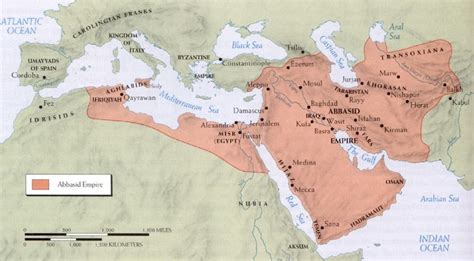 Episode 20: Clash Between the Turks and the Caliphate

In this lecture, Harl focuses on the long military campaign to bring the Turks on the central steppes under Muslim control.

In 671 AD the Abbasid Caliphate (see The Multiethnic Origins of the Muslim Conquest) builds a permanent military camp at Merv.* Throughout the 7th and early 8th century, they use this base to launch periodic raids into Transoxiana.** Their primary objective is to seize booty (mainly silver to melt down into coins) to pay their regiments (both Arab and tribal). This is the first use of coins featuring Arabic text, as previously the Caliphate printed their coins in Persian.

In 709 AD, Merv’s new governor launches a campaign to bring Tranoxiana under Arab rule. Owing to fierce resistance by the caravan cities, who summon Turkish allies to their defense, it will be 750 AD before Transoxiana comes under Muslim control. Despite being taxed and restricted, the majority of nomads resist conversion to Islam and continue to practice their Christian, Jewish and Zorarastrian religions.

In 751 AD, Abbassid and and Chinese armies clash on the border of the Tong Empire. In the Battle of Talas, both sides recruit Turkish steppes nomads as mercenaries. The Caliphate wins a technical victory after China’s Turkish mercenaries defect to fight with their brother Turks for the Caliphate.

Although both sides accept the outcome as a draw, Chinese influence on the steppes lapses when the emperor withdraws troops from Transoxiana to fight an attempted coup. This leaves the Turks in de facto control of the central steppes.

*Merv (aka the Merve Oasis or Marv) was a major Persian city in Central Asia, on the historical Silk Road.

**Transoxiana is the Roman name for the central steppes region roughly corresponding to Uzbekistan, Tajikistan and southern Kazakhstan and Kyrgyzstan.