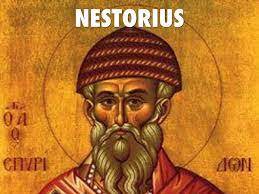 According to Harl, Buddhism was the most successful region between the 4th and 6th century AD, largely due to its promotion by Kushan* rulers. Buddhism’s founder Siddartha Gautama lived during the 5th-6th century on the India-Nepal border. Harl believes his rejection of the Hindu caste system is an important reason for its popularity, especially as the Kushan elite derived from a subordinate caste.

Buddhism was also really popular with wealthy Silk Road merchants, who helped build Buddhist monasteries along the Silk Road. At the time, Buddhism interpreted wealth as a manifestation of positive karma and success in the world to come.

Buddhism would remain the predominant religion in regions adjacent to the Silk Road until the late Middle Ages, when it was replaced by Islam.

Manichaeism was also an important Silk Road religion. Mani (born 216 AD in Mesopotamia) was crucified by the Persian shah for heresy against Zoroastrianism. Manichaeism, which shares many of the same beliefs as Buddhism, was also well received by the steppes nomads.

Christianity, specifically Nestorian Christianity, was the third most successful religion along the Silk Road.

Nestorius, the archbishop of Constantinople between 429-431 AD, taught that Mary gave birth to a human baby, that the Christ logos only entered Jesus later in childhood. He also preached that plural marriages were acceptable to God. After Nestorian beliefs were banned by the the 431 AD Ecumenical Council, his followers left the Roman Empire and moved to Persian-controlled Mesopotamia to preserve their faith. Their monks became renowned for performing healings, and nomad mothers frequently tattooed their babies’ foreheads with a cross to protect them against plague.

Religious monks who traveled the Silk Road were also important for bringing written language to steppes nomads. This facilitated the creation of political confederacies, as well as establishing stronger links with settled areas.

*See How the Kushan Empire Spread Buddhism Along the Silk Road

2 thoughts on “How the Silk Road Propagated Buddhism, Other Major Religions and Written Language”