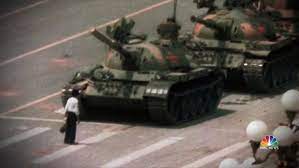 To this day, many people are still unclear as to the nefarious role that Hungarian mega speculator-turned philanthropist-turned color revolutionary George Soros has played in international affairs over the past 40 years. Sadly, many of those who have woken to the systematic carnage created by the elderly sociopath tend to make the mistake of either 1) assuming that the man has run an international conspiracy to rid the world of nation states all by himself or 2) believe him to be a stooge for the “evil Chinese Communist Party” which seeks to overthrow the western Christian-based order.

The fact is that China is not only the first nation to successfully identify and purge Soros’ evil while the rest of the world was sleepwalking into a post-nation state order over 30 years ago, but remains one of the most invaluable pathways for a world of cooperation which western nations must join with if they are to liberate themselves from the oncoming dark age.

To restate the point: While other countries were busy letting Soros’ armadas of Open Society foundations infiltrate them at every level, China had the wits to see the evil agenda for what it was and when a color revolution was attempted at Tiananmen Square by those same agencies which were ushering in a new age rape of the Soviet Union and dismantling of western representative democracy, China lost no time to remove Soros’ right hand man in China in 1989 who had managed to reach the apex of political power as General Secretary of the Chinese Communist Party and heir apparent to the ageing Deng Xiaoping.

Soros’ man was named Zhao Ziyang and during the 1980s, western press had already become accustomed to calling him “China’s Gorbachev”.

Henry Kissinger’s program to open up China that began in earnest in 1971 at the height of the Cultural Revolution was premised on an ideological commitment to a post-nation state world order.

All of these figures would be centered around the powerful figure of Zhao Ziyang who was their constant protector and facilitator throughout the 1980s.

All China required were “special economic zones” on the coasts for the purpose of importing raw and semi-finished material from abroad, clusters of low-wage labor intensive, low tech factories to transform those materials into finished goods in order to then be shipped back out to the consumer markets in the first world abroad.

Historian Michael Billington has noted that the Trilateral Commission directly organized a conference in Beijing in 1981 in order to keep China locked into this feudal model . . .

Milton Friedman was among the first grouping of western economists invited to tour and lecture to the Chinese elite in 1979 meeting repeatedly with Zhao Ziyang on all voyages.

In 1986, Zhao sponsored the first of two new Soros-run think tanks with the “Fund for the Reform and Opening Up of China” using a million dollar grant by the speculator, followed by the Institute for Economic and Structural Reform (IESR) co-run by Zhao’s close advisor Chen Yizi. The IESR interfaced closely with the National Endowment for the Democracy (aka: CIA) that set up two offices in China in 1988.

Soros, Friedman and Toffler had every reason to be on cloud nine during the 1988-89 period. The painstaking work of many decades was finally coming to fruition as the western nations had been largely cleansed of pro-industrial statesmen who were resistant to the idea of a post-nation state New World Order.

Despite all of this “success”, something inside of Asia was pushing back against the priests of the Fourth Industrial Revolution and that “something” had to be de-toothed.

It was here that the CIA’s James Lilley (Ambassador to China), the National Endowment for Democracy, and George Soros deployed all of their resources to activate a full-blown color revolution on June 4, 1989 with student demonstrations in Tiananmen Square bursting into violence.

With the active participation of modern color revolutionary Gene Sharp [see The Late Gene Sharp’s Color Revolutions] who was on the ground in Beijing for nine days during the protests, and an abundance of CIA-driven propaganda pumped through Radio Free America in Asia, training, funding and even the arming of violent reactionaries among the student groups with Molotov cocktails and guns, a chaos operation was put into motion that was anything but a peaceful protest. Many of the assets coordinated and deployed by CIA front groups in China included vicious student anarchists whose efforts led to the murder of dozens of PLA soldiers whose charred carcasses can make anyone’s stomach turn 30 years later. When the coup failed, and the government-led massacre couldn’t be induced by provocateurs, all of the energy of global perception management were deployed to give the illusion that a massacre had transpired which has created a “holocaust”-like mythos to this very day.

When the bloodbath failed to be sparked, with only 200-300 deaths (many of which being PLA soldiers), the plan was aborted and the most radical provocateurs beholden to the Soros operation were carried off to safer grounds in the USA and Canada under an MI6/CIA operation titled “Operation Yellowbird”. With the vast assistance of Hong Kong triads, these anarchists were snuck out of China where many received luxurious rewards and scholarships at Ivy league universities in the USA forming what the Washington Post’s Gavin Hewitt described as “the nucleus of a democracy movement in exile”.

In many ways, Tiananmen Square served as a sort of blessing in disguise for China, as the true evil that Zhao, Soros, and the Malthusian puss that had infected China’s power structures was made visible for all to see. Zhao’s “heroic” role as a “man-of-the-people opposed to the government’s crackdown on the peaceful students” did not go as planned. Instead of being celebrated as the pro-freedom fighter which his controllers wished him to be, the protest ended with very little bloodshed and his role as usurper of China was exposed.

The Chinese Communist Party lost no time in shutting down all of Soros’ operations, banishing the speculator for life, and removing Zhao from all positions of authority where he was placed under house arrest for the rest until his death in 2005. Zhao’s close ally Chen Yizi only avoided arrest by escaping to the USA to play a longer-term role in Soros’ apparatus along with hundreds of other shills and traitors.