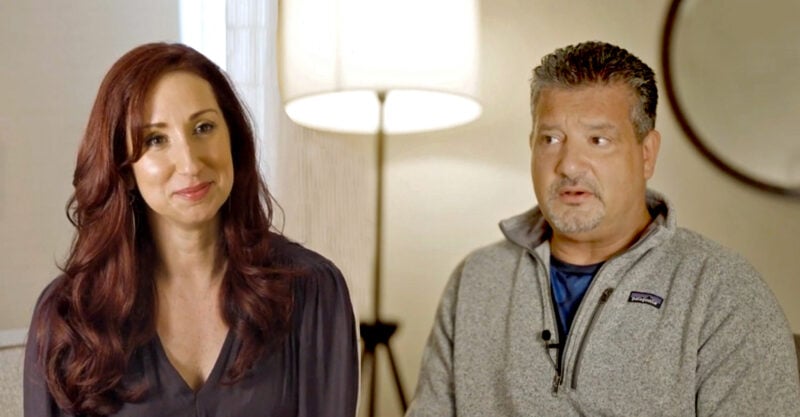 In an interview on CHD.TV’s “The People’s Testaments,” Dr. Joel Wallskog described how he was diagnosed with transverse myelitis after getting the Moderna COVID-19 vaccine, and why he now devotes his time to helping others injured by the vaccine.

Dr. Joel Wallskog was once a successful orthopedic surgeon. A joint replacement specialist for 20 years, he had a large and busy practice in Wisconsin, where he saw almost 6,000 patients each year.

Married to his college sweetheart for almost 30 years and the father of four children, Wallskog had a “fantastic” life, he said. He enjoyed his career and balanced it with fun, active time with his family.

But the Moderna COVID-19 vaccination changed his life forever, Wallskog said. His health deteriorated rapidly and his career came to an end.

He recently told his story to Stephanie Locricchio, an advocacy liaison for Children’s Health Defense (CHD), on CHD.TV’s “The People‘s Testaments.”

In September 2020, Wallskog said, staff members in the clinic he referred patients to began coming down with COVID-19. He did not feel ill (“maybe in retrospect I had a runny nose for a couple days,” he said) but got an antibody test, which was positive.

When a close friend came down with COVID-19 and had to be intubated, Wallskog decided he should get vaccinated, despite his reservations.

“I was part of the healthcare system. I believed in the system,” he told Locricchio.

Still, Wallskog said, “I had some second thoughts. It just didn’t seem right. I just had COVID, I proved that I had antibodies … I had natural immunity. …But again, I was part of the system that I trusted.”

He received his vaccine through his employer, one of the 10 largest healthcare systems in the country. Despite this, when he got the shot, “there was no paperwork, there was no asking my history, there was no consent form, there was no anything,” he said.

About a week later, Wallskog’s feet became numb. Then he started getting “electrical sensations” down his legs when he bent his head forward. He compared the sensation to “putting your finger in an outlet.”

When he began having trouble standing, he ordered emergent MRIs and was found to have a lesion on his spinal cord.

A neurologist diagnosed transverse myelitis, a disorder caused by inflammation of the spinal cord. Myelin is the protective covering over the nerves, and without it, electrical impulses are not transmitted correctly, resulting in loss of feeling and mobility.

Wallskog noted that he was quickly diagnosed because he is a physician. “Being in the healthcare system, I can navigate the system like not many people can,” he said.

“That’s why I’m worried about so many [other people’s] injuries that are going to take months to get worked up. If the providers don’t know what to look for, [others] will maybe never get a diagnosis.”

Despite various treatments and rest, Wallskog suffers pain and numbness and is unable to stand long enough to perform surgery. His career came to an end in early 2021.

‘Look at the data yourself’

Wallskog said he is now embarrassed for his profession.

“I feel like I’ve been unblinded …  like I got off the hamster wheel and I stopped drinking the Kool-Aid and I started asking questions,” he said. “I started looking. I started talking to people.”

“Look at the data yourself,” he advised. “Don’t wait for the media, who will twist every data point.”

Despite what we’ve been told for more than two years now, “science is a dynamic process,” he said:

“Science isn’t settled. Science is a process of exploration, of admitting when you’re wrong, finding out what you’re right on. You have hypotheses, you test them … move forward. And people need to realize that and not necessarily trust these people that are so-called experts.

“I am open to learning and seeing the truth. If there are things that I’m wrong [about], that’s fine, that’s part of science.”

Wallskog is now co-chairman, along with Brianne Dressen, of REACT19, a “science-based nonprofit” offering financial, physical and emotional support for those suffering from long-term COVID-19 vaccine adverse events.