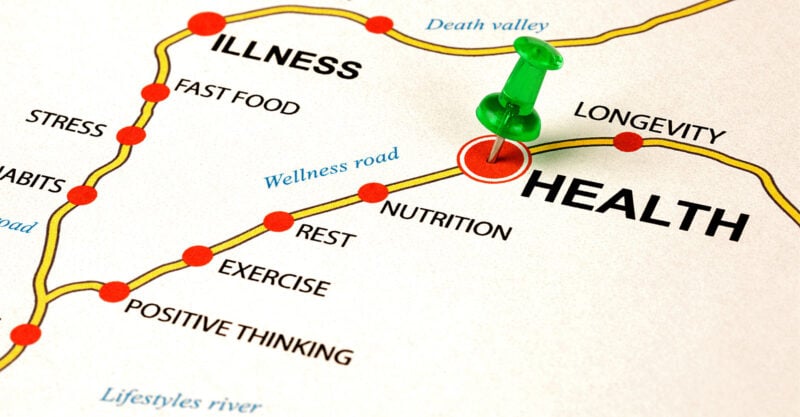 By removing certain foods, consumer products and behaviors from your life, you eliminate exposure to toxic influences that contribute to disease and malaise, while opening space for the introduction of health-promoting influences in their place.

1. Linoleic acid: Linoleic acid is the primary fat found in polyunsaturated fatty acids, including vegetable/seed oils, and accounts for about 80% of the fat composition of vegetable oils. Omega-6 fats must be balanced with omega-3 fats in order to not be harmful, but this isn’t the case for most Americans. Most of the omega-6 people eat, including seed oils, has been damaged and oxidized through processing.

“Most of this linoleic acid, when it oxidizes, it develops lipid hydroperoxides and then these rapidly degenerate into … oxidized linoleic acid metabolites,” says Dr. Chris Knobbe, an ophthalmologist and the founder and president of the Cure AMD Foundation.

According to Knobbe, OXLAMs (oxidized linoleic acid metabolites) are:

Metabolic dysfunction can also occur, while OXLAMs are toxic to the liver and are associated with inflammation, fibrosis and fatty liver disease in humans.

However, because animals are fed grains that are high in linoleic acid, it’s also hidden in “healthy” foods like chicken and pork, which makes these meats a major source as well.

Olive oil is another health food that can be a hidden source of linoleic acid, as it’s often cut with cheaper seed oils.

2. Eating after dinner: The timing of your meals is nearly as important as the foods that make them up. Time-restricted eating (TRE) is a simple powerful intervention that mimics the eating habits of our ancestors and restores your body to a more natural state that allows a whole host of metabolic benefits to occur.

TRE involves limiting your eating window to six to eight hours per day instead of the more than 12-hour window most people use.

3. EMFs and cellphones: Most cellphones include a little-known warning that states to keep the phone a certain distance away from your body — usually 5 to 15 millimeters — to limit radiofrequency exposure to under the federal safety limit. If you carry your phone in your pocket or your bra, or hold it against your ear when you talk, you’re violating this warning with unknown health consequences.

Devra Davis, Ph.D., founder and president of the Environmental Health Trust, has warned for years about the risks of cellphones in general but, in particular, about the risks to pregnant women and their unborn children, noting that prenatal animal studies have shown exposure to radiation from cellphones:

While most people won’t want to eliminate their cellphone entirely, avoid carrying it on your body and keep it in airplane mode as much as possible.

However, even in airplane mode it can still emit signals, which is why you should not sleep with it in your bedroom and should turn it off at night.

4. Artificial sweeteners: Consuming artificially sweetened foods and beverages leads to disruptions to metabolism and has been linked to increased appetite and cravings, as well as an increased risk of diabetes and other metabolic diseases.

The artificial sweeteners acesulfame potassium and sucralose — brand name Splenda —may even interfere with your liver’s detoxification process, as research found they inhibited the activity of P-glycoprotein, a “defense protein” that’s important for protecting organisms against environmental toxins.

Because P-glycoprotein also plays a role in other body functions, including maintaining the blood-brain barrier, the researchers stressed the need for further research to determine how artificial sweeteners may be affecting other organs beyond the liver.

A large-scale cohort study also found that people who consumed higher levels of artificial sweeteners, including aspartame, had higher risk of overall cancer compared to nonconsumers.

Specifically, total cancer risks increased by 13% among artificial sweetener consumers, while the risk of breast cancer rose by 22% and the risk of obesity-related cancers increased up to 15%.

In addition to their common usage in diet beverages and low-sugar snacks, be aware that artificial sweeteners are hidden in many products that might surprise you, including dairy products, ketchup, salad dressing, baked goods and medications.

5. Plastic food containers and bottles: If you’re still storing your food in plastic containers or drinking from plastic bottles, switching to safe alternatives like glass, ceramic and stainless steel is a smart choice.