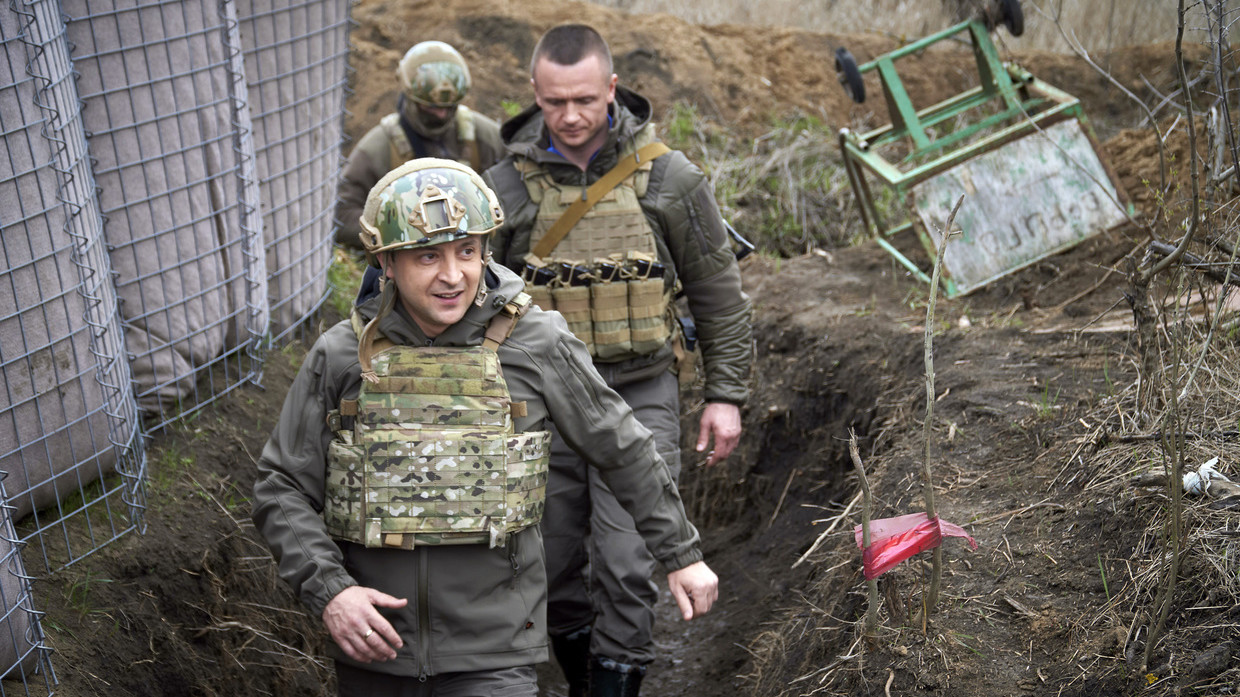 Western media coverage of the Ukraine conflict has been so hysterically one-sided, and divorced from reality, that it’s probably only a matter of time before Iraq’s erstwhile ‘Comical Ali’ is brought out of retirement to insist that there are no Russians advancing towards the Ukrainian army’s front lines. Meanwhile, the actual fighting continues to result in a string of defeats for Kiev’s battered forces, who have already lost control of two major cities, despite unprecedented support from the US and its allies.

As American officials work with the government of Ukrainian President Volodymyr Zelensky to craft a perception of Kiev’s victory against the Russian military, Moscow is preparing to counter with a harsh dose of reality.

As the military operation in Ukraine enters its third month, some harsh truths have emerged which are altering how both the Russian armed forces and modern warfare will be assessed going forward.

The following analysis is sourced from publicly-available reporting by journalists embedded with the Russian military and the forces of the Donetsk People’s Republic, as well as Russian Ministry of Defense briefings and statements made by the Ukrainian side.

The fact is that columns of Russian troops, advancing boldly into Ukraine without the kind of attention to route security and flank protection that would normally accompany offensive operations, found themselves cut off and annihilated by well-prepared Ukrainian ambushes.

However, the limitations of the Ukrainian armed forces did not allow it to turn its impressive tactical victories into positive operational and strategic outcomes. Despite costly initial setbacks, the Russian Army pressed home its attack, achieving impressive gains in the south, where Russian forces operating out of Crimea secured the strategic city of Kherson and advanced on the equally important city of Mariupol. There, they joined with Russian and allied forces from the Donetsk Republic to surround the Ukrainian forces defending Mariupol, eventually trapping the survivors, numbering several thousand strong, in the reinforced concrete underworld of the Azovstal steel factory. Further north, Russian forces, together with the forces of the Donetsk and Lugansk republics, advanced westward to drive Ukrainian forces from their prepared defenses to gain control of the totality of the territory encompassing the Donbass region.

The “Battle for Kiev”

While securing the territorial integrity of the Donbass region was one of the primary objectives of the Russian special military operation, to accomplish this Russia carried out extensive supporting operations, which included a diversionary advance toward Kiev designed to fix Ukrainian forces in place and divert reinforcements away from the eastern front, as well as an amphibious feint off the coast of Odessa for the same purpose.

The Russian advance on Kiev was done by a force of some 40,000 men operating on two axes, one heading south, the other pushing southwest from the direction of Chernihiv.

The fact of the matter remains, however, that a force of 40,000 men, no matter how aggressively employed, cannot take, and hold, a city of some three million inhabitants defended by a mix of 60,000 regular, reserve, and territorial soldiers. But this was never their task. “These actions [i.e., the advance on Kiev],” Colonel General Sergey Rudskoy, the first deputy chief of Russia’s General Staff, announced during a briefing on March 26, “are carried out with the aim of causing such damage to military infrastructure, equipment, personnel of the Armed Forces of Ukraine, the results of which allow us not only to tie down their forces and prevent them from strengthening their grouping in the Donbass, but also will not allow them to do this until the Russian army completely liberates the territories of the [Donetsk People’s Republic] and [Lugansk People’s Republic].”

The so-called “Battle for Kiev” is a clear-cut example of the difference between perception and reality. The Ukrainian position is that its forces decisively defeated the Russian military on the approaches to Kiev, forcing not only a retreat, but also a complete re-design of the strategic objectives of the special military operation.

One of the major outcomes of this Ukrainian “victory” was the ability of Ukrainian President Volodymyr Zelensky to leverage this perception into a fundamental shift of thinking on the part of his supporters in the West, resulting in an increase in both the amount of money allocated to supplying Ukraine with weapons, as well as the quality of the weapons themselves, as the West shifted away from an emphasis on light anti-tank weapons to more conventional armor and artillery.

But equipment was the least of Ukraine’s worries. A military is only as good as its ability to logistically sustain its forces while in combat, and one of the primary objectives of the Russian Phase One campaign was to destroy Ukraine’s fuel and ammunition storage facilities and degrade Ukrainian command and control. The result is that while Ukraine held onto Kiev, it did so at an enormous cost in overall combat effectiveness.

Russia was able to redeploy its forces to better support its prime objective, the seizure of Donbass, leaving the Ukrainian forces in Kiev frozen in place.

Mariupol and the battle for Donbass

The battle for Mariupol is another example where perception management clashed with ground-truth reality. The narrative surrounding the present fate of Mariupol is very much a tale of two cities. From the Ukrainian perspective, the city continues to be held by a heroic cadre of fighters who are tying down tens of thousands of Russian forces who otherwise could be redeployed elsewhere, supporting the Russian main effort against Donbass.

Russia, however, has already declared victory in Mariupol. While conceding that a few thousand defenders remain dug into the Cold War-era bunkers underneath the Azovstal steel factory, Russia says that these forces serve no meaningful military value.

There is no doubt that the presence of Ukrainians in the Azovstal factory represents a propaganda victory for Ukraine. But the reality is that the city of Mariupol has fallen to Russia; while the Ukrainian defenders, possibly accompanied by thousands of civilians, waste away as their food supplies diminish.

This is the current situation with the Ukrainian military facing off against the Russians in Donbass today. The Ukrainians, lacking any meaningful artillery support of their own, are at the mercy of the Russian artillery and rocket launchers that pound their positions day in and day out, without respite.

6 thoughts on “Kiev is Losing the Fight for the Donbass”