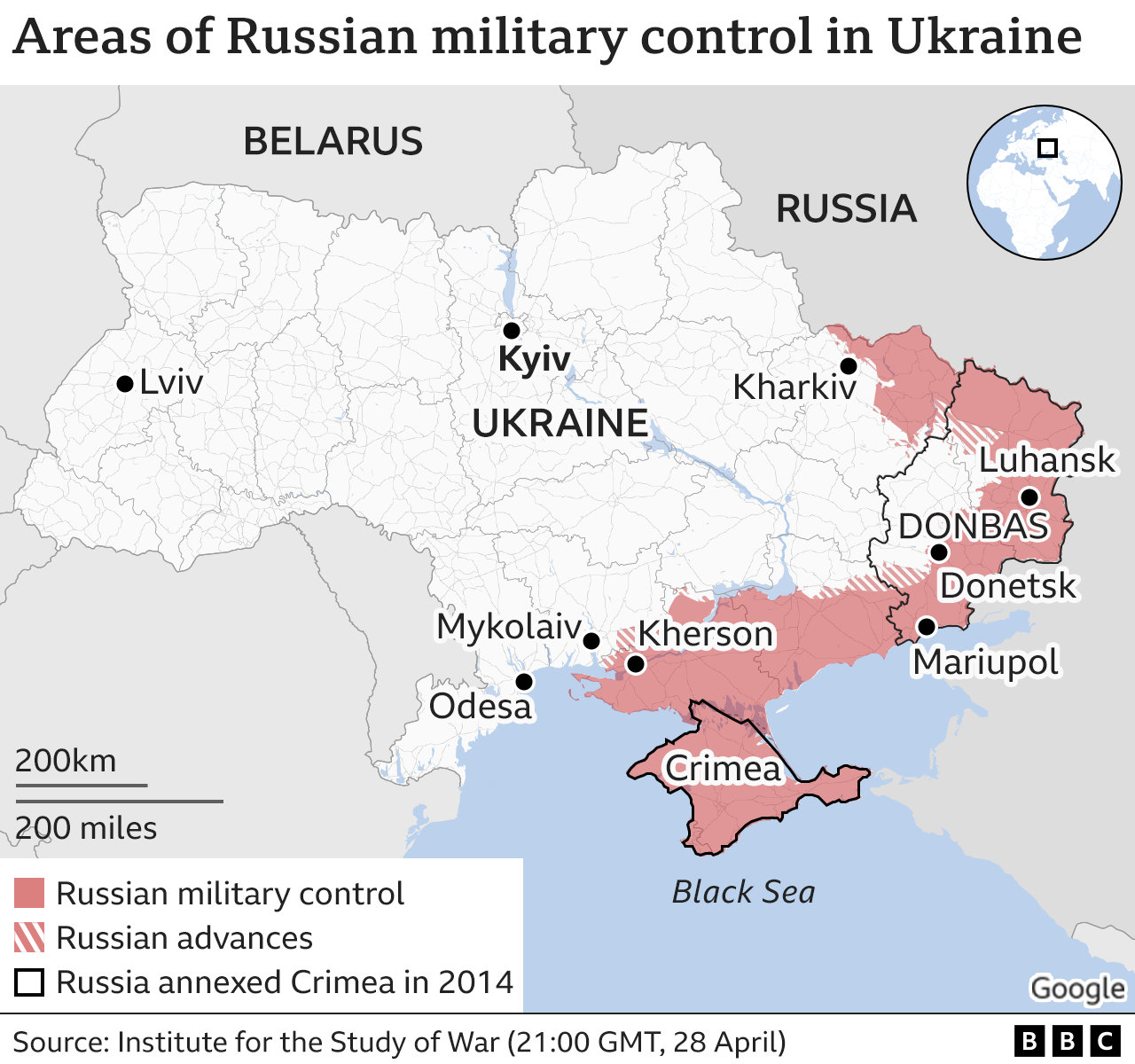 2014 saw two pivotal events that led to the current conflict in Ukraine.

The first, familiar to all, was the coup in Ukraine in which a democratically elected government was overthrown at the direction of the United States and with the assistance of neo-Nazi elements which Ukraine has long harbored.

Shortly thereafter the first shots in the present war were fired on the Russian-sympathetic Donbass region by the newly installed Ukrainian government.  The shelling of the Donbass which claimed 14,000 lives has continued for 8 years, despite attempts at a cease-fire under the Minsk accords which Russia, France and Germany agreed upon but Ukraine backed by the US refused to implement.  On February 24, 2022, Russia finally responded to the slaughter in Donbass and the threat of NATO on its doorstep.

The second pivotal event of 2014 was less noticed and in fact rarely mentioned in the Western mainstream media.  In November of that year according to the IMF, China’s GDP surpassed that of the U.S. in purchasing power parity terms (PPP GDP).  (This measure of GDP is calculated and published by the IMF, World Bank and even the CIA.  Students of international relations like economics Nobel Laureate, Joseph Stiglitz, Graham Allison and many others consider this metric the best measure of a nation’s comparative economic power.)   One person who took note and who often mentions China’s standing in the PPP-GDP ranking is none other than Russia’s President Vladimir Putin.

From one point of view, the Russian action in Ukraine represents a decisive turn away from the hostile West to the more dynamic East and the Global South.  This follows decades of importuning the West for a peaceful relationship since the Cold War’s end.  As Russia makes its Pivot to the East, it is doing its best to ensure that its Western border with Ukraine is secured.

Following the Russian action in Ukraine, the inevitable U.S. sanctions poured onto Russia.  China refused to join them and refused to condemn Russia.

The World Majority Refuses to Back U.S. Sanctions

But then a big surprise. India joined China in refusing to honor the US sanctions regime.  And India kept to its resolve despite enormous pressure including calls from Biden to Modi and a train of high level US, UK and EU officials trekking off to India to bully, threaten and otherwise attempting to intimidate India.  India would face “consequences,” the tired US threat went up.  India did not budge.

India’s close military and diplomatic ties with Russia were forged during the anti-colonial struggles of the Soviet era.  India’s economic interests in Russian exports could not be countermanded by U.S. threats. Now India and Russia are now working on trade via ruble-rupee exchange.  In fact, Russia has turned out to be a factor that put India and China on the same side, pursuing their own interests and independence in the face of U.S. diktat.  Moreover with trade in ruble-renminbi exchange already a reality and with ruble-rupee exchange in the offing, are we about to witness a Renminbi-Ruble-Rupee world of trade – a “3R” alternative to the Dollar-Euro monopoly?  Is the world’s second most important political relationship, that between India and China, about to take a more peaceful direction?  What’s the world’s first most important relationship?

India is but one example of the shift in power.  Out of 195 countries, only 30 have honored the US sanctions on Russia.  That means about 165 countries in the world have refused to join the sanctions.   Those countries represent by far the majority of the world’s population.  Most of Africa, Latin America (including Mexico and Brazil), East Asia (excepting Japan, South Korea, both occupied by U.S. troops and hence not sovereign, Singapore and the renegade Chinese Province of Taiwan) have refused.  (India and China alone represent 35% of humanity.)

Add to that fact that 40 different countries are now the targets of US sanctions and there is a powerful constituency to oppose the thuggish economic tactics of the U.S.

Finally, at the recent G-20 Summit a walkout led by the US when the Russia delegate spoke was joined by the representatives of only 3 other G-20 countries, with 80% of these leading financial nations refusing to join!  Similarly, a US attempt to bar a Russian delegate from a G-20 meeting later in the year in Bali was rebuffed by Indonesia which currently holds the G-20 Presidency.

Nations Taking Russia’s side are no longer poor as in Cold War 1.0.

These dissenting countries of the Global South are no longer as poor as they were during the Cold War.  Of the top 10 countries in PPP-GDP, 5 do not support the sanctions.  And these include China (number one) and India (number 3).  So the first and third most powerful economies stand against the US on this matter.  (Russia is number 6 on that list about equal to Germany, number 5, the two being close to equal, belying the idea that Russia’s economy is negligible.)

These stands are vastly more significant than any UN vote.  Such votes can be coerced by a great power and little attention is paid to them in the world.  But the economic interests of a nation and its view of the main danger in the world are important determinants of how it reacts economically – for example to sanctions. A “no” to US sanctions is putting one’s money where one’s mouth is.

2 thoughts on “Ukraine: The World Majority Sides with Russia Over the US”