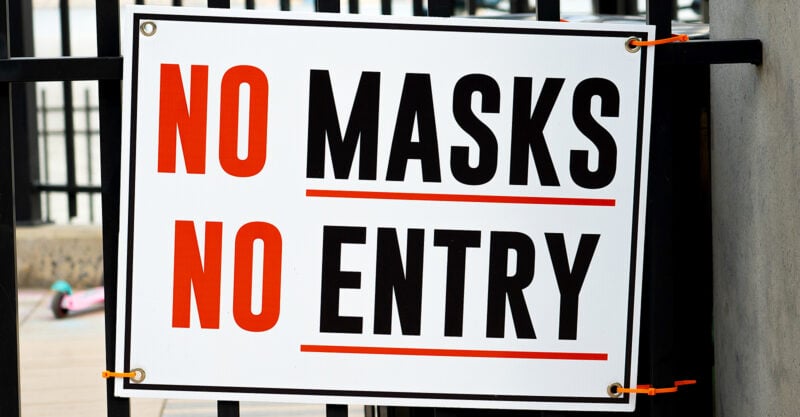 Health officials are reinstating and extending mask mandates, citing a surge in the Omicron BA.2 variant, but data don’t appear to support those decisions.

Philadelphia on Monday became the first major city to reinstate its mask mandate, citing the spread of the COVID-19 Omicron BA.2 variant.

And the Centers for Disease Control and Prevention (CDC) extended the mask mandate for public transportation, which was supposed to expire April 18, until May 3.

Are these decisions supported by science?

That was the question political commentator Kim Iversen asked viewers on Thursday’s segment of The Hill’s “Rising.”

Iversen reviewed case and mortality data from the cities of Philadelphia and Washington, D.C.

She also examined nationwide data from the CDC, looking for evidence that would justify the return to masks.

“The cases are extremely low,” she said. “They’re currently looking at a seven-day average of 176 cases per day, and that’s in a city of 1.5 million.” 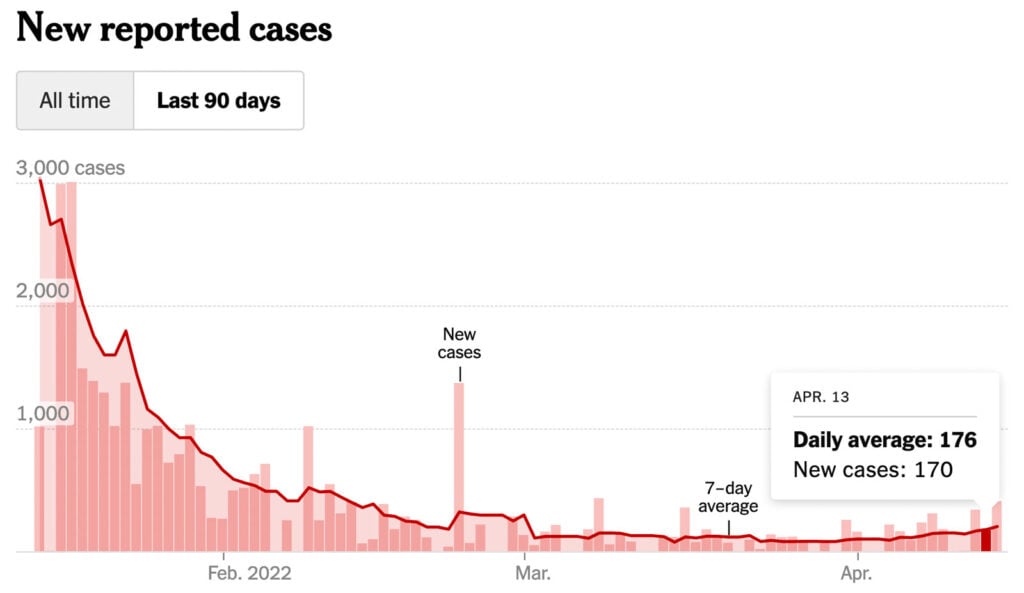 “Now compare this to even the little baby wave the city had in September, which had them seeing about 450 cases per day,” Iversen said.

Iversen then compared Philadelphia’s current numbers to the city’s Omicron surge in January, when officials recorded about 5,000 to 6,000 cases per day on average.

Deaths currently are averaging two per day, she noted, which is down 22% during the last two weeks.

“We also don’t know if these people died of COVID or with it, as a lot of places will list a person as a COVID death if they just test positive, despite them dying of other obvious ailments like cancer or injuries,” Iversen said.

The chart was similarly flat for Washington, D.C. — home of Georgetown University — which recorded just a “slight uptick” in cases and “zero deaths.”

Turning to the question of the efficacy of masking in preventing transmission, Iversen cited a tweet from Justin Hart at Rational Ground.

Hart summarized nationwide data from the CDC that compared the average number of cases for 100,000-plus population counties with and without mask mandates.

Last week the CDC updated its policy tracker for public mask mandates noting whether or not a county had a mask mandate in place on a given day. From there we can map the "official" COVID-19 cases per 100K. Here's the Omicron wave. Mask mandates do not work. pic.twitter.com/XN79ZsZ6rz

“So, let’s look at Japan. Now you can see that huge spike and then a little dip, and they’re now going back up again. Their seven-day average is currently at 50,000 cases per day. At the height of their big wave, they were seeing 100,000 cases per day, and they all wear masks all the time.

“In South Korea, they’re currently at 150,000 cases per day, and at the recent peak, they were seeing a whopping 400,000 cases per day on average. And again, they wear masks all the time with solid compliance.”

“So we have everything we need for you to choose to stay as safe as possible from a negative COVID outcome. You can decide to socially distance, get the vaccine multiple times, take an early treatment drug and, yes, if you want, you can even mask up.

“But as the world is finding out, preventing transmission seems to be very difficult, and every mandate we’ve tried — besides extreme social distancing and total border lockdowns before a virus gets into the country — has been unsuccessful at accomplishing it.”

Iversen also pointed out that the argument cited by public officials, such as Philadelphia Health Commissioner Dr. Cheryl Bettigole — that we are masking up to prevent a new surge that doesn’t yet exist — creates a scenario in which we would “be masked forever,” since no one now expects us to ever reach “zero COVID.”