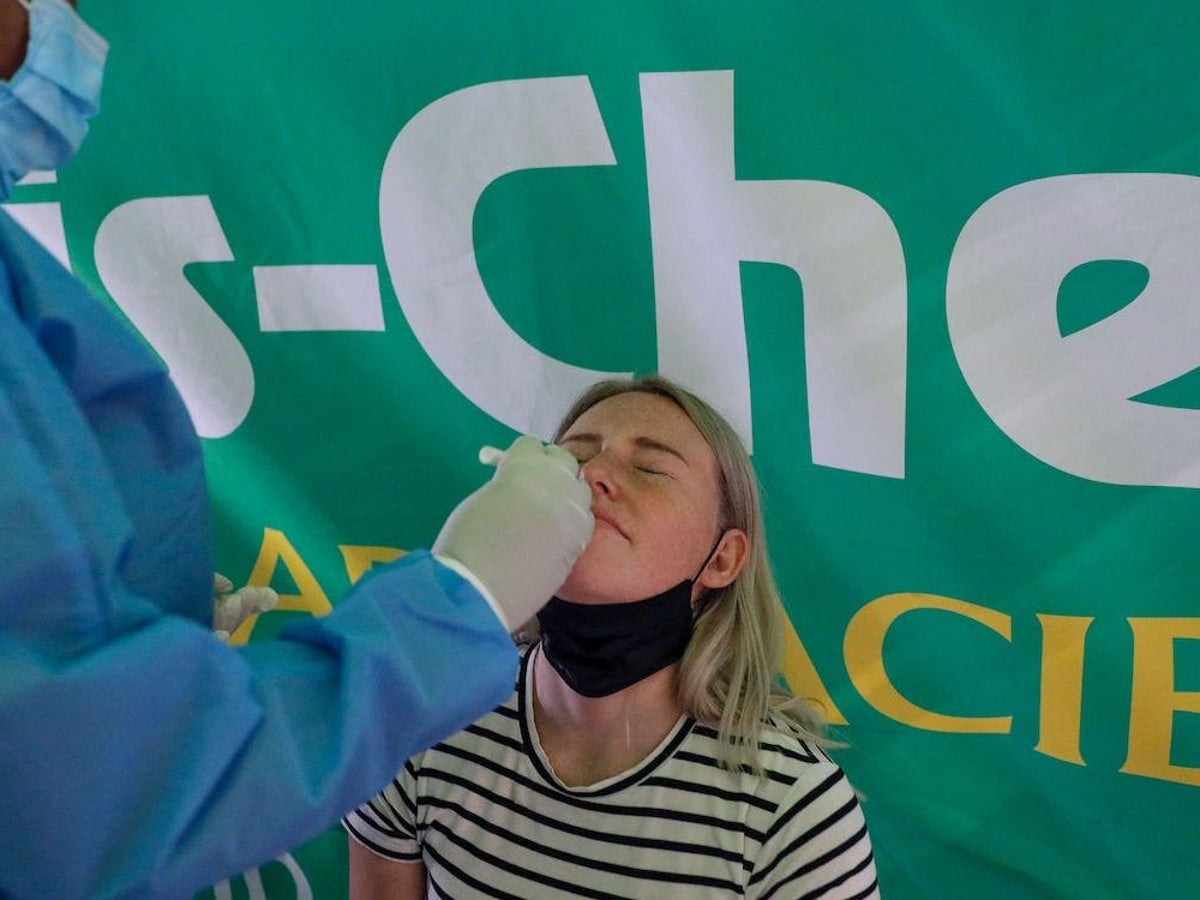 A woman is tested for COVID-19 in Johannesburg, South Africa, on November 28, 2021. Phill Magakoe/AFP via Getty Images

People who test positive for COVID-19 in South Africa but have no symptoms will no longer have to self-isolate,  the government announced Monday.

The change came after daily COVID-19 cases dropped in the country, one of the first to see a surge in cases driven by the Omicron variant late last year.

Isolation periods were also cut for people who do have symptoms after testing positives, from 10 days to seven, per the office of President Cyril Ramaphosa.

The new rules also end compulsory isolation for contacts of those who test positive.

Based on the trajectory of the pandemic and the levels of vaccination in the country, Cabinet has decided to make the following changes to Adjusted Alert Level 1 with immediate effect:

Many governments have shortened isolation periods for COVID-19 in light of higher vaccination rates and the predominance of the milder Omicron variant.

But South Africa is an outlier in allowing people to not isolate at all even while carrying the virus.

Officials in South Africa cited higher levels. The president’s office said 60% to 80% of people had anti-coronavirus antibodies when tested, a level it said had “risen substantially.”

The immunity appears mainly driven by people getting sick. Only 27% of the population received two doses of a vaccine, compared to 63% in the US and 73% in the UK, per Our World in Data.

Fewer than 1% of the population have received a booster dose.