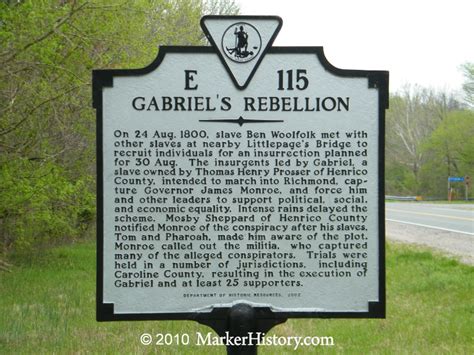 Episode 7: The Birth of the Cotton South

This lecture mainly highlights the slave rebellions of the late 18th and early 19th century,  the western migration patterns of Southern colonists and the development of the South’s cotton economy.

During and after the Revolutionary War large numbers of slave rebellions were devastating to the Southern economy. In some cases entire plantations defected to the British, who promised slaves their freedom. Anticipating Britain’s prohibition on the North Atlantic slave trade*, after 1800 American slave traders steeply increased their import of African slaves. As slaves began to outnumber white settlers, rebellions also increased. Inspired by the 1791 revolution that ended slavery in Haiti, Gabriel’s Rebellion in 1800 was the largest Virginia  rebellion. The uprising was delayed by bad weather and ultimately put down by the Virginia militia.

Westward expansion was driven mainly by soil depletion in the coastal states, a growing population of settlers and the lure of easy profits. Daniel Boone led one of the first organized westward migrations in 1769, through a Native American trail the settlers renamed the Cumberland Gap. After Native Americans drove them back several times, settlers formed the first permanent Kentucky settlement in 1775.

Kentucky (1792) and Tennessee (1796) would be the first new states west of the Appalachians, with most new settlers migrating from the North via the Shenandoah Valley. Simultaneously, Louisiana’s Natchez District, formed by British loyalists in the 1770s, was also thriving. Both Virginia and South Carolina lost more than half their population after 1800 to western settlements, when the loss of British markets after the Revolutionary War caused their tobacco, indigo and rice economies to collapse.

With traditional Southern exports to Britain curtailed, new settlements were forced to find new crops. According to Ayers, cotton cultivation dates back to ancient Egypt, where it was produced for the priestly class. Although the Jamestown colony (1607) tried to grow cotton, there was a British embargo on cotton imports to protect their wool producers.

The great success of cotton in the South after 1800 stemmed in part from the discovery of a new rot resistant strain and Eli Whitney’s invention of a cotton gin to automate the labor intensive chore of separating cotton seed and fibers.**

Large cotton plantations originally appeared in central Georgia, after Native Americans signed treaties in 1783 and 1796 opening this land up to European farmers, as well as  Natchez Mississippi. Prior to 1800, vast areas of Mississippi, Alabama and western Georgia were still occupied by Cherokee, Choctaw, Chickasaw and Creek tribes; Florida was still controlled by the Seminoles and Spanish; and Texas was still part of Mexico.

The 1790s also gave rise to the mass production of sugar in the South. Although Jesuit priests first introduced sugar to Louisiana in in 1751, the growing season there  was too short prior to the development of a new technology enabling growers to crystalize sugar from immature cane. Following the Haitian Revolution, thousands of European sugar planters fled to Louisiana. By 1830, the region had 691 sugar plantations. Northern speculators also flocked to the state, and by 1850 the number had reached 1500.

All these new plantations needed slaves, and with the end of the North Atlantic Slave trade in 1808, profiteers made fortunes “harvesting” existing states from failed farms in coastal states. Originally planters force marched their slaves into the western territories.  With the advent of the commercial steam engine, they traveled by steam boat or train.

**Whitney’s invention was an improvement on the “roller gin,” originally invented by Native Americans in the 16th century