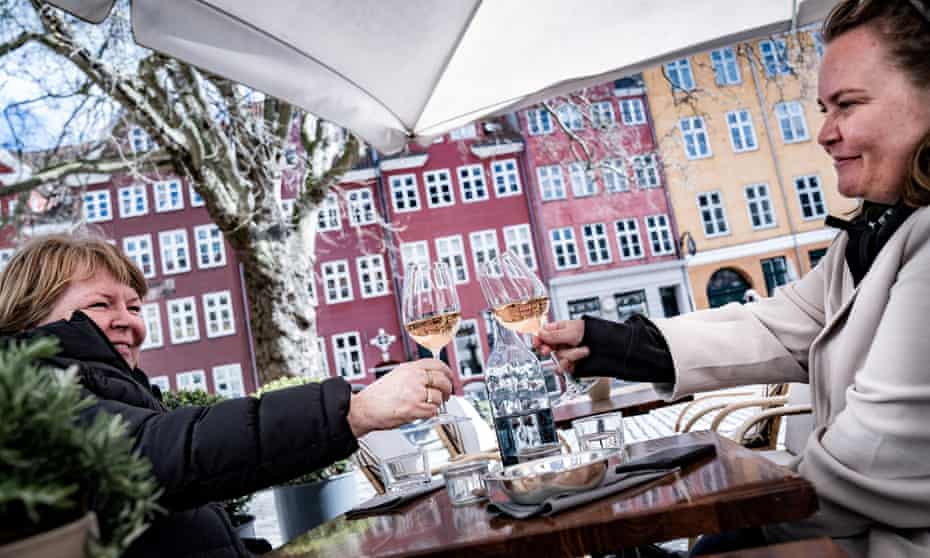 Jon Henley
(The Guardian) The Netherlands has lifted its toughest Covid controls, Denmark is to remove all restrictions within days and France will begin easing curbs next week, as many – but not all – EU countries opt to reopen despite record infection numbers.

The moves come as data shows hospital and intensive care admissions are not surging in line with cases, and after the World Health Organization suggested the Omicron variant – which studies show is more contagious but usually less severe for vaccinated people – may signal a new, more manageable phase in the pandemic.

Dutch bars, restaurants and museums were allowed to reopen on Wednesday after the prime minister, Mark Rutte, said the government was “consciously looking for the limits of what is possible” as case numbers continued to hit new daily highs.

Intensive care admissions and deaths, however, have been falling in the Netherlands, and the health minister, Ernst Kuipers, said a decision to prolong restrictive measures would have risked “harming our health and our society”.

Cafes, bars and restaurants closed since mid-December can now reopen with reduced capacity and until 10pm as long as customers have a Covid pass, with cinemas, theatres, museums and sports events also allowed to welcome the public back.

The Danish government, which two weeks ago allowed cinemas and music venues to reopen after a month’s closure, also announced on Wednesday plans to scrap remaining domestic coronavirus controls from 1 February. The move – which must be approved by parliament – will allow nightclubs to reopen, restaurants to serve alcohol after 10pm, and shops to lift limits on customer numbers. Vaccine passes will no longer be needed, and commuters may travel without wearing masks.

Like the Netherlands, Denmark has set successive recent daily infection records. But while coronavirus-related hospitalisations have risen, health authorities say 30%-40% of patients with a positive test are in hospital for reasons other than Covid.

“There has been a decoupling in the trend earlier in the epidemic, between increasing infection and increase in Covid hospitalisations,” the government’s expert advisory panel said. The number of Covid patients in intensive care has nearly halved since early January.

Belgium last week announced a slight easing of its restrictions from Friday despite record infections, with bars and restaurants allowed to stay open until midnight and indoor activities such as play areas and bowling alleys to reopen.

The country’s current Omicron wave is not expected to peak for a fortnight, but hospital admissions are rising at a far slower rate than infections and the number of patients in intensive care is falling. “The situation is manageable,” said the virologist Steven Van Gucht.

France on Tuesday reported a new daily record of 501,635 new cases but, again, while hospital admissions have risen, only about half as many patients are in intensive care as during previous waves, and the number has been falling since 12 January.