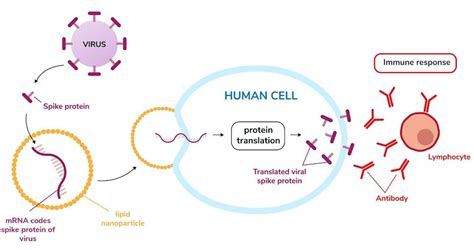 Something is rotten in Denmark.

Where nearly 1 percent of the entire population just tested positive for Covid.

You read that right.

On Saturday, Israel had 84,000 new infections, the equivalent of almost 3 million in the United States. Infections in Israel have risen unthinkably fast since late December. They’re are up 100-fold in one month, driven by the collapse of booster protection and the arrival of the Omicron variant.

Israel is not alone. Denmark reported 42,000 cases yesterday, equal to almost 2.5 million in the United States. France, the second-largest country in Europe, reported the American equivalent of about 12 million new infections in the last week. Australia had a tremendous surge in cases earlier this month, though it seems to be subsidizing for now.

Incredibly high Covid vaccination rates, mostly with the mRNA vaccines. Israel is among the world’s most vaccinated countries. More than 90 percent of Israeli adults have been vaccinated with the Pfizer/BioNTech vaccine. Almost 80 percent have received a booster dose, and several hundred thousand have gotten a fourth.

Yet Israel had more coronavirus infections in the last week than in all of 2020, before it began mass mRNA Covid vaccinations.

Omicron is much milder than Delta or the original coronavirus. So the data from South Africa – which was the first country where Omicron spread quickly – seemed to show.

But South Africa is quite lightly vaccinated. The more recent data from the highly vaccinated countries has not been as promising. Yes, Omicron is milder.

In part the rise has come because Omicron infections have reached such stunningly high levels that even a relatively low risk can lead to a significant number of deaths. And yes, many Omicron hospitalizations are incidental – they are people in the hospital for other reasons who just happen to test positive for Omicron.

But other factors may be at play too. Here are four facts:

1: Both the within-country and the between-country data show that people who are vaccinated but not boosted are at higher risk of Omicron infection than the unvaccinated.

2: Thus vaccines will actually make hospitalization or death from Omicron MORE likely unless they somehow protect against serious outcomes from Covid infections more than they increase the odds of infection. That’s simple math.

At this point we have no way of knowing how those two factors interact. In other words, we do not know if Omicron is more dangerous to the unvaccinated than the vaccinated (putting aside any vaccine side effects).

3: It is unclear whether the vaccines interfere with the development of long-term post-infection immunity in people who are infected with Omicron.

4: It is clear that a third vaccine dose temporarily reduces the risk of serious illness or death from Omicron.

But it is unclear how long that protection will last, and whether when it ends people who have received a third dose will be less or more vulnerable than those who are unvaccinated or have received two doses.

Put these four facts together and it is clear that to encourage booster shots for anyone – including the elderly – at this point is reckless, bordering on criminal.

2 thoughts on “An Urgent Warning Re mRNA Vaccines”