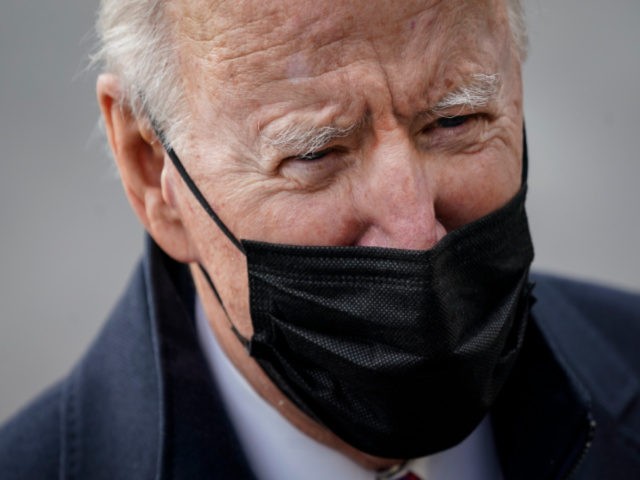 A federal judge in the state of Texas blocked the Biden administration’s coronavirus vaccine mandate for federal workers on Friday.

Judge Jeffrey Brown, who was appointed by former President Trump, wrote that the order exceeded the president’s authority. The case is about “whether the President can, with the stroke of a pen and without the input of Congress, require millions of federal employees to undergo a medical procedure as a condition of their employment,” Brown wrote.

“Because the President’s authority is not that broad, the court will enjoin the second order’s enforcement,” wrote Brown in the U.S. District Court in Galveston, Texas.

The Justice Department has since announced it would appeal the ruling.

White House press secretary Jen Psaki weighed in on Brown’s ruling during Friday’s press briefing, saying, “We are confident in our legal authority here.” She said it is “remarkable” that 98 percent of federal workers have already received the vaccine.

The development comes after the Supreme Court rejected the federal vaccine mandate, which required vaccines or regular testing for businesses with at least 100 employees, in a 6-3 vote. The Biden administration did not have the authority impose the Occupational Safety and Health Administration’s (OSHA) vaccine-or-test rule on companies with more than staffers, a majority of the justices said.

“OSHA has never before imposed such a mandate. Nor has Congress. Indeed, although Congress has enacted significant legislation addressing the COVID–19 pandemic, it has declined to enact any measure similar to what OSHA has promulgated here,” the conservative justices wrote.