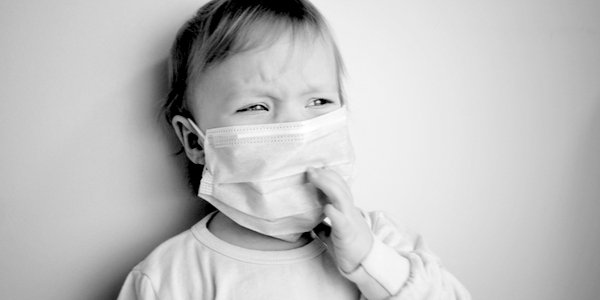 LAST October TCW reported on the concerning numbers of miscarriages and stillbirths reported to our drugs watchdog, the Medicines and Healthcare products Regulatory Agency (MHRA).

Pregnant women who had received a Covid jab and then lost their baby filled out Yellow Card reports in their hundreds. At that time nearly 600 mothers-to-be had suffered spontaneous abortions, as the MHRA refer to miscarriages, and felt the jab had been responsible. In just three months, that number increased by 100 to a total of 709.

Pfizer’s jab is associated with the highest casualty rate, with 425 miscarriages reported. That figure includes one premature baby death, one miscarriage-related death and 13 stillbirth/foetal deaths. Since May last year, the under-40s have not received the Oxford/AstraZeneca vaccine because it increases your risk of developing blood clots. AZ, introduced in January 2021, still has 229 reports of miscarriage with five stillbirths, while the Moderna jab, introduced in April 2021, has 51 miscarriage reports. Five mothers reported they did not know which vaccine they had received.

Since February last year, the BBC have been urging pregnant women to take the Covid vaccination despite the fact that no manufacturer was due to complete a scientific trial in expectant mothers before December. Their results are still to be released so all we have is the MHRA’s real-time data, which it seems is being ignored.

Instead, British health chiefs have relied on information from women in the US who accidentally found themselves pregnant having taken the Covid jab and reported the results of their pregnancy to the V-safe app. V-safe is hosted by the US Centers for Disease Control (CDC) but it is not a scientific study. It is a self-reporting database like the MHRA Yellow Card scheme which Reuters fact checkers like to tell us should not be relied on. So if we cannot rely on the Yellow Card, how can we rely on V-safe?

‘We cannot,’ said an obstetrician who did not want to be named, based in Scotland. ‘Frankly, it’s a mess and when you consider what is at stake, the healthy development of a baby, and the health of the mother, it’s a disgrace.’

This fact has not been acknowledged by the Royal College of Obstetricians and Gynaecologists, who updated their advice to pregnant and nursing mothers on 20 December 2021. They said: ‘Covid-19 vaccines are strongly recommended in pregnancy. Vaccination is the best way to protect against the known risks of Covid-19 in pregnancy for both women and babies, including admission of the woman to intensive care and premature birth of the baby.’

Three months ago TCW exposed how figures had been manipulated by the NHS to make unvaccinated pregnant mums think they had a higher risk of ending up in ICU than vaccinated mums. It was not true. https://www.conservativewoman.co.uk/headlines-designed-to-frighten-women-into-having-the-jab/

The chief scientific adviser to the Department of Health, Professor Lucy Chappell, has never satisfactorily addressed parents’ concerns about whether the vaccine can harm their unborn babies. Ms Chappell, who is also Professor in Obstetrics at King’s College London, tweeted last November: ‘Covid-19 vaccines have protected millions of women around the world – and are safe for pregnant women and women considering pregnancy.’ The tweet had a cool reception with just 116 likes and Dr Chappell had no data from any vaccine manufacturer to support her claim.

The same applies to MHRA chief executive Dr June Raine, who said in a statement in November: ‘We want to reassure all pregnant women that the Covid-19 vaccines are safe and effective for them to use at all stages of pregnancy. Our rigorous safety monitoring of these vaccines in pregnancy shows that the vaccines are safe and that there is no increased risk of pregnancy complications, miscarriage, or stillbirth.’

A British funeral director known only as Wesley tells another story. On camera, he says how he saw newborn baby deaths increase tenfold after vaccination began.

Wesley says: ‘There are a lot of newborn babies in fridges in mortuaries. There were 30 in one hospital. Mortuary fridges usually hold about 6-10 babies maximum and they’re never normally full. ‘Now, they’re full and (the deceased babies) are being kept in the adult section.’ He agreed with the interviewer that the number was ten times higher than normal, and went on: ‘The babies have either been miscarried or they are full term stillbirths but not a lot has been said about it.’