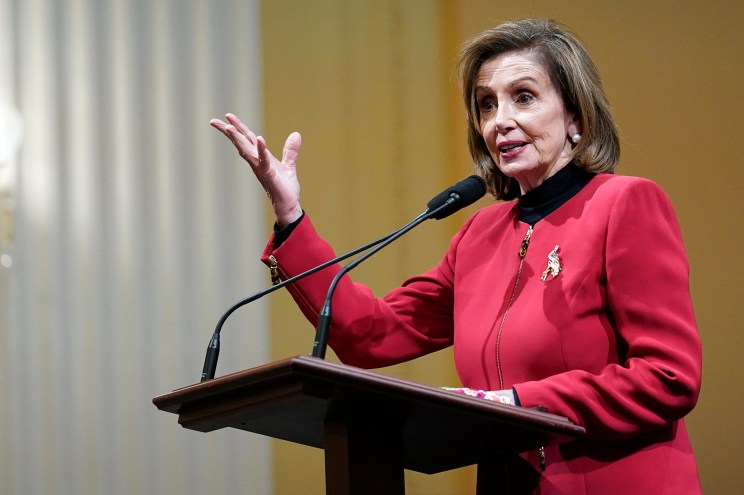 House Speaker Nancy Pelosi and her husband could be forced to stop trading individual stocks as US Senators from both parties pushed legislation that would ban the practice.

Sen. Jon Ossoff (D-Ga.) and Mark Kelly (D-Ariz.) introduced a bill on Wednesday that that would ban members of Congress, their spouses and their dependent children from trading stocks while in office. They would be required to place their assets in a blind trust — and any member of Congress that fails to comply would be fined their entire salary.

“Members of Congress should not be playing the stock market while we make federal policy and have extraordinary access to confidential information,” Ossoff said.

News of Ossoff’s plans for a bill was first reported by The Post on Saturday.

“Year after year, politicians somehow manage to outperform the market, buying and selling millions in stocks of companies they’re supposed to be regulating,” Hawley said in a statement. “It’s time to stop turning a blind eye to Washington profiteering.”