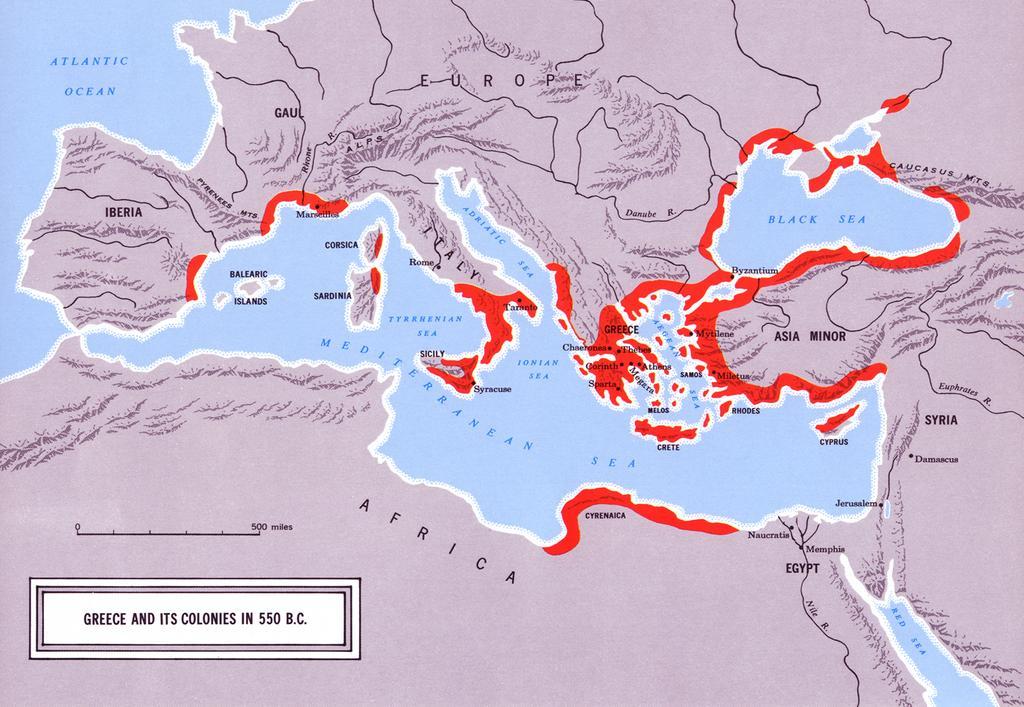 Episode 18: Greece in Its Gold Age

During the Greek Dark Ages {1100-800 BC) the Greek peninsula was organized into fortified cities known as Polis. These were run by militarized aristocracies that treated commoners as virtual slaves. Owing to major mountain ranges that separated them, they established overseas colonies ranging from Spain to the Black Sea (450 by 750 BC) to source scarce commodities.

A steady increase in trade would lead to a rising middle class to challenge the power of the nobility. The result was continual unrest during the period 750-550 BC. In 650 BC, an insurrection in Athens led a series of middle class tyrants* to seize power from the nobility and implement more equitable distribution of agricultural land.

Around 594 BC, Solon, an aristocrat who distinguished himself as both a merchant and military leader, was appointed chief magistrate of Athens. Solon’s reforms included the cancellation of commoners’ debts, the abolition of debt slavery and the appointment of rich merchants to the ruling council, as well as men of noble birth.

In 508 BC, the tyrant Cleisthenes seized power. The so-called “father of Athenian democracy” granted the popular assembly (elected by 20% of the population*) the right to pass laws, as well as creating a council of 500 chosen by lottery.

The city-state Sparta also established a form of democracy. Ruled by a king and his chosen council of elders, Sparta also had a popular assembly with the power to veto their proposals.

In Sparta all males were expected to begin military training at age 7. At 20, they were conscripted into the military until their retirement at age 60. At 30, they were allowed to marry but could only visit their wives at night.

In 480 BC, Athens and Sparta allied to defeat Persian invaders at Thermopylae although Persia continued to occupy many overseas Greek colonies.

In 431 BC the Spartan League (Sparta and the city-states allied with them) declared war on the Delian League (consisting of Athens and its allied city-states). Known as the Peloponnesian Wars, the 23-year war that ensued would end the Golden Age of Greece. Both democracy and the flourishing of art, literature and science it promoted ended when Athens surrendered in 408 BC

*In ancient Greece, a “tyrant” was a commoner who took power by force and thus ruled illegitimately.

**Slaves, foreigners and women were excluded from voting.

2 thoughts on “Ancient History: The Birth of Democracy in Athens and Sparta”