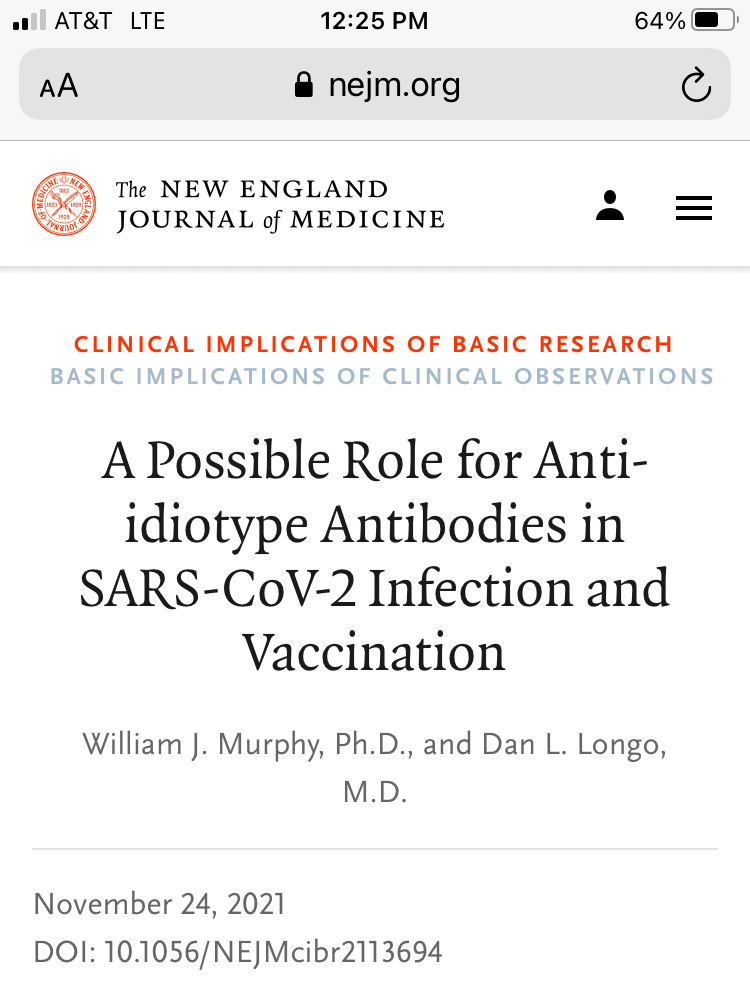 Downstream effects of the antibodies that people produce against the coronavirus spike protein may lead to myocarditis and even neurological concerns, two veteran medical researchers have written in the top medical journal in the United States.Our immune systems produce these antibodies in response to both vaccination and natural infection with Covid. However – though the researchers do not say so explicitly, possibly because doing so would be politically untenable – spike protein antibody levels are MUCH higher following vaccination than infection. Thus the downstream response to vaccination may be more severe.The NEJM published the short paper Wednesday in its Basic Implications of Clinical Observations series. One of the writers is an oncologist and professor at Harvard Medical School; the other is a cancer researcher who has his own lab at the University of California, Davis.

The spike protein sticks out of the coronavirus shell and binds to a crucial signaling mechanism on our cells called the ACE2 receptor, enabling the virus to infect those cells. The mRNA and DNA/AAV vaccines hijack our cells to make a version of the spike protein. Our immune systems then produce antibodies that will recognize and destroy the spike protein and thus defeat the coronavirus.But the researchers explain that those spike protein antibodies may themselves produce a second wave of antibodies, called anti-idiotype antibodies or Ab2s. Those Ab2s may modulate the immune system’s initial response by binding with and destroying the first wave of antibodies.Unfortunately, to do so, the Ab2s must contain structures very similar to the spike protein itself. If they are too similar, they can wind up binding to the same parts of our cells that the spike protein targets.As the researchers explain:Some of the resulting anti-idiotype (or “Ab2”) antibodies that are specific for Ab1 can structurally resemble that of the original antigens themselves. Thus, the Ab2 antigen-binding region can potentially represent an exact mirror image of the initial targeted antigen [NOTE: this means the spike protein] in the Ab1 response…